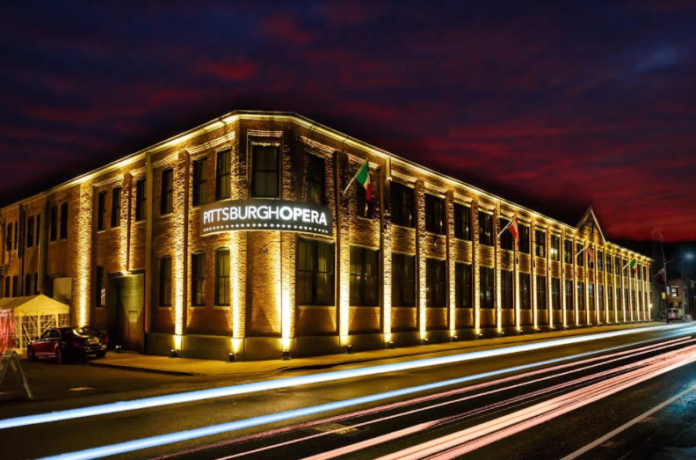 The Pittsburgh Opera recently opened their latest season with Tosca and The Marriage of Figaro was next – but did you know that the season will also feature war drama, giant white whales and love potions? Before you buy your ticket for this 2017-2018 season, here are five facts about the Pittsburgh Opera you didn’t know.

1. Before TV and film were adapting your favorite novels onto the big screen, operas were bringing beloved stories to the stage, giving them whole new life. Two of the Pittsburgh Opera’s upcoming shows, Moby-Dick and The Long Walk, are both based on the classic novels by American authors Herman Melville and Brian Castner..

2. Opera singers have such intense vocal power that they can project across a theater as big as the Benedum without a microphone and put forth physical effort comparable to that starting pitchers in baseball put on their arms during a game. The performers at the Pittsburgh Opera will also show off their incredible physical skills from leaping out of windows and bounding off balconies. 3. The opera isn’t just elaborate costumes and great vocal performances – instead, it is dramatic narrative set in the middle of a lush and elaborately designed background, and feature larger-than-life props, including a whaling shop and hot air balloon. To pull off these incredible feats, the Pittsburgh Opera has teamed up with over six other opera houses, including the drama department at CMU and Attack Theatre.

4. While the Pittsburgh Opera’s orchestra and chorus are made up of local musicians, theater is a global affair. Singers from all over the world will be arriving to play their signature roles and this opera season will include stars from Brazil, South Africa, Russia, Italy and Canada.

5. If trying to make sense out of an aria in Italian you’ve never learned isn’t your idea of fun, then you’ll be glad to know that the Pittsburgh Opera not only provides supertitles on an electronic screen. You can also buy a ticket to a more modern opera, one both written and performed in English, including Ashes and Snow, The Long Walk, and Moby-Dick.

The Marriage of Figaro is showing at the Benedum Center from November 4th through November 12th.

Photos by David Bachman for the Pittsburgh Opera.

“NORMAL-C” written by J.R. Hall, with music and lyrics by Jason Coll, takes on the big topic of the differently abled via song this...