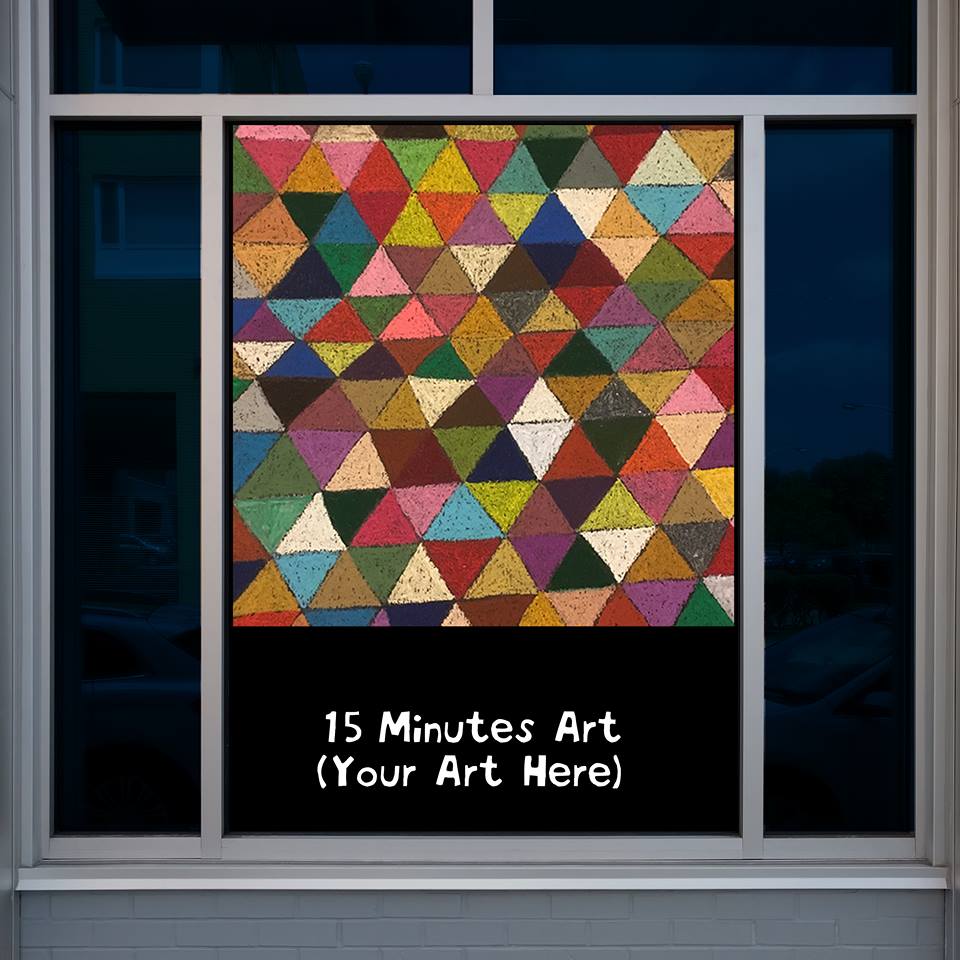 Starting September 7th, Pittsburgh artist Bob Ziller is bringing the 15 Minutes Art project to an East Liberty storefront daily from dusk until two in the morning. Every 15 minutes, an original artwork by one of the many participating artists will be projected onto 5900 Penn Avenue.

Pieces were submitted by internationally and locally-based artists, who contributed their art through the 15 Minutes Art website.

Hailing from locations such as South Africa to Montreal and everywhere between, the style of the works presented range as widely as the places they come from. Displaying such a vast array of subjects and mediums gives audiences the opportunity to view multiple selections of sculpture, painting, photography, and much more. Submissions are currently still open, with the limit at 4 pieces per artist.

Commissioned by the Kelly Strayhorn Theater, the project is described as “community-sourced” on the 15 Minute Art homepage, which is certainly not the first venture based on collaboration or community for Ziller. The Wilkinsburg artist is behind numerous murals and other publicly created art throughout Pittsburgh and the surrounding neighborhoods, including the Pittsburgh Beautification Project, which brightened abandoned buildings within the city by decorating the boarded windows with Andy Warhol-esque floral designs. Ziller is also responsible for the Animal Adventure Mosaic, located at the entrance to the Pittsburgh Zoo and PPG Aquarium, and jointly created with Laura Jean McLaughlin and over a thousand children.