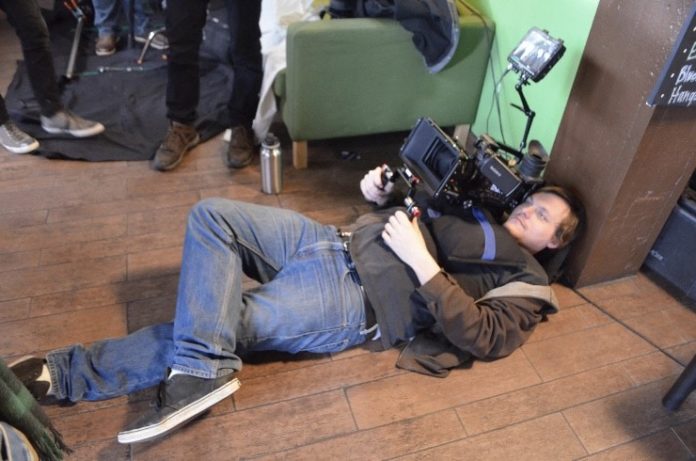 Richard P. Williams, or just Rich among his friends and colleagues has been making films “for as long as I can remember.”

Early on, Rich played with his dad’s video camera, “making crappy little movies in my backyard.”

What started as a backyard hobby as a youngster would eventually lead to a career in filmmaking.

“In the 8th grade, my friends and I started doing skateboarding videos. When I reached high school, I started taking video production classes and continued that until graduation. After high school, I stopped for some time because I joined the Boilermakers union as a welder, which I stuck with for some time, but ultimately was not fulfilling (as filmmaking.) That led me to quit that and go to film school and pursue my passion as a filmmaker. So, long story short, I’ve been doing it all of my life.”

Currently Rich works as a union electrician with I.A.T.S.E. 489 in Pittsburgh, but his true aspiration is to be a Director of Photography. Working as a union film worker gets him closer to that goal every day.

Rich explains: “My job specifically, is to supply the set with power, and set and operate lights.”

Now we all know some of the big stars that have visited Pittsburgh recently; Denzel Washington, Tom Cruise, Rachel Brosnahan and Jason Momoa just to name a few. And as glamorous as movie making is, behind all the glitz and glamour are the men and women working behind the scenes.

Rich describes what a day on set is like for him starting at call: 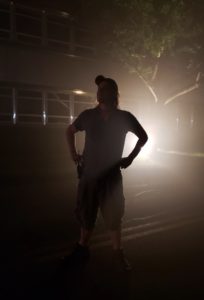 “A typical day on set involves, arriving at least a half an hour before call time to have some breakfast. After that travel to set and walk the trunk line from our generator(s) and take note of our distribution boxes, so I know exactly where and how many points I have to run power from. At call, we typically dump the gear from our truck and find a place to stage it all close to set. The gaffer will call for lights and it’s my department’s job to get those placed and focused quickly and efficiently. We also supply power to any departments that may need it. We do that all day long, as needed. Obviously, it’s more involved and technically driven, but that’s the boiled-down version of it.”

When he’s not on the big sets that come in from Hollywood, he can be found working on his own small indie endeavors including Slumber, a short horror film, Coffee Shoppe Blues, a comedy about film school cliches, Seven Year sleep, a sci-fi, and Grand Theft about a weary bank teller.

All of this isn’t far from his humble beginnings with his dad’s camera. Now though, with his work on the larger scale sets, combined with a passion for creating beautiful frames and his Point Park Film Degree, Rich is poised for greatness.

But what’s the difference between working on own indies versus working as an electrician?

“It’s not unlike working on a professional set, but to scale. Also, considering the time constraints and lack of studio money, a little more frantic. Making movies has always been fun to me, so I try and keep that spirit for me and my crew throughout our shoot, while promoting creativity and collaboration.”

That drive for collaboration was a big reason Rich chose Point Park for film school.

“Part of my decision to go to film school was based on 3 things; the need for gear, the need for collaborators, and something to push me to see a project to completion from start to finish. Point Park delivered all of these in spades. I had access to industry-standard gear (which would later give me a leg up as an electrician, due to my experience using it). I met a bunch of really wonderful storytellers that I will continue to work with for as long as I can. I also got to make a few great short films.”

On crafting a life in film Rich says:

“‘It’s better to try and fail, than spending the rest of your life wondering what could have been.’ That’s what I told myself after I quit the highest paying, most secure job (working as a boilermaker) I had ever worked to go to film school. Luckily, I’m in a position now where that decision hasn’t bit me in the ass. In other words, don’t be afraid to go after what you want, and work hard doing it.”

If you’re interested in seeing some of Rich’s own films you can check all of the short films listed in the article on Vimeo.com under “Richard P. Williams.” https://vimeo.com/richardpwilliams 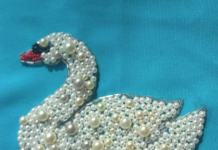 A Walk Through the Garden of Artificial Delights

Chefs turn pandemic hobby into a business, and it’s kind of...