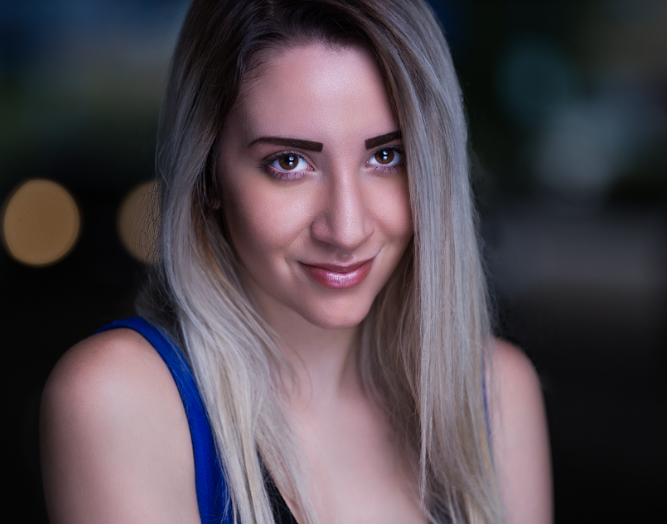 Alexandra “Xandra” Youssef is a driven up-and-coming screenwriter in Pittsburgh, who sat down with us to talk about her creative background, current projects and her future as a fantasy filmmaker.

How did you first become interested in screenwriting?
I’ve loved to write ever since I was about nine years old, so I think my interest started with storytelling in general. When I get hooked on an idea, it takes over in a way, and I could finish 200 pages in only a week because I became so immersed in that world I was creating. I realized that storytelling could be just as magical–maybe even more so–in terms of screenwriting, due to all the other elements that go into filmmaking. It was probably when I watched the movie Rebel Without a Cause that I recognized how amazing films can be, and I decided “I could do that. I want to do that.”

Who are some directors that have inspired you?
Probably the most inspirational to me have been David Lynch, David Fincher and Federico Fellini. Aside from their obvious skill, I always come back to their works because they’re filled with blends of the psychological and fantastical. They’re always very character-driven. I love films that make me think.

You are now in your senior year at Point Park – how has the university helped your career take off?
Point Park has a very dedicated, hands-on film program, probably the best one in Pittsburgh, because most of the teachers have been involved in the industry in some way and they’re passionate about passing along their knowledge but also allowing us to choose our own direction when it comes to filmmaking. They have whole classes set up like you’re actually on a movie set, so the real-life experience you get out of it is incredible, and there are so many opportunities to build a resume. They also have showcases where people can see your work, which is great for making connections and getting yourself out there. I’ve met so many talented and like-minded people through Point Park.

You mentioned that you are a writer and visual artist, as well – why did you choose to pursue film?
I don’t think that I ever sat down and chose to do one thing or another–I don’t think there has to be a choice, I find ways to continue doing everything I love here and there. To me, writing and visual art are part of film, so in a way, film is actually a combination of everything I want to do.

Tell us about some of the films you have made here in Pittsburgh.
The major one would probably be Dollface, which was produced through the school as well as kickstarter funding. It’s psychological science fiction about a young woman whose boyfriend works for a company that designs perfect robotic companions, so she becomes threatened by all the attention he gives 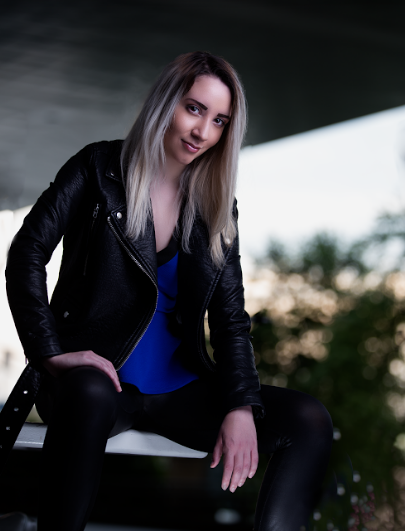 them and wants to become one herself, which has some dire consequences. I got the idea from the direction media has been going for years, how there’s this pressure for women to look and be a certain way, which causes people to spend thousands of dollars on things like plastic surgery and form these shallow relationships with one another.

You are involved with a lot of film festivals – can you tell us more about those?
Dollface ended up going to the Shot-For-Shot film festival which is a great screening for film students’ work at Carnegie Mellon. I also participated in a few other festivals like the 48 hour film festival, in which we had to write, shoot and edit a short film in only 48 hours. It’s very intense but very fun to work on.

Do you have any mentors or local artists and organizations that you often collaborate with?
I have a few teachers that I certainly look up to as mentors. Steve Cuden taught several of my screenwriting courses and really helped me along. A current teacher I have–Kevin Cramer–gives some really essential advice about the industry that I’ve taken to heart.

Can you tell us more about your thoughts on filmmaking and do you have any advice for any aspiring artists and actors who want to get into the business?
I think filmmaking is a very cumulative art form–it’s a combination of so many things, and that’s what makes it powerful. There’s writing, art, camerawork, acting…and it all comes together in the end, which is incredibly satisfying to see. My advice to other artists would be to make as many connections as you can and find people with your kind of vision, because filmmaking has so many moving parts, it’s all about who you know. It’s also good to know a little about a lot of things–if you want to be a screenwriter, try to learn about directing and cinematography. If you want to be a director, take some notes from the grip or the sound guy. You should be aware of everyone’s job and the work they put into it, because it really changes your perspective on the project as a whole. It also opens up more job opportunities, since hardly anyone starts out by selling a script or directing their own film. Learn how to do the odd jobs that might seem small to you–they make a big difference.

Can you tell us about any projects in the work or where you see your career going next?
Right now, I’m looking into doing script coverage either as freelance work or for a studio. It’s something I really enjoy and another good way to get your foot in the door. I’m almost always writing something so I’m hoping to wrap up some more of my own scripts soon.

If you could work on any project next, what kind of film would you like to make?
I would really like to do something with noir elements, since I’ve always been a fan of that genre. I also think it works really well in tandem with other genres, like science fiction, superhero or horror, so anything of that nature would be interesting to me.

To take a look at some of Alexandra’s work, you can take a behind-the-scenes look at Dollface from the crew’s Kickstarter page.

Photo credit to Phinias B. Elijah and courtesy of Alexandra Youssef.