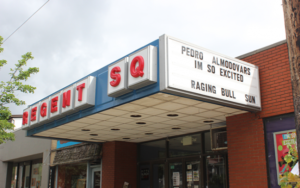 Since opening in 1938, Regent Square Theater has been a hub for culture and film in the Regent Square district. This single-screen theater was purchased in 1999 by Pittsburgh Filmmakers, who now use the location as their key facility. It is one of the three theaters to host the Three Rivers Film Festival annually in November. When not showcasing the best in independent, local, and international talent, the Regent Square Theater has a classic film showing on Sunday nights and various other special events throughout the year. According to the Regent Square Civic Association website, the theater is “the largest nonprofit arthouse cinema in Western Pennsylvania.”

This week, the Regent Square Theater is presenting The Red Turtle. A 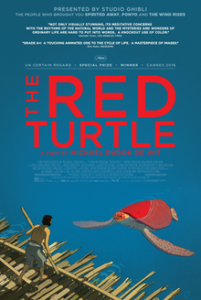 collaboration between Dutch-British animator Micheal Dudok de Wit and Studio Ghibli (of Howl’s Moving Castle and Spirited Away fame), it tells the story of a shipwrecked man who befriends the titular creature. Despite having no spoken dialogue, the plot is easily told through the music and animation. It debuted during the 2016 Cannes Film Festival and was met with universal acclaim. The Red Turtle won the Annie Award for “Best Animated Feature (Independent)” and was a nominee for the Academy Award for Best Animated Feature.

Tickets are available at the box office a half hour before showtime. Showtimes and dates can be viewed here.