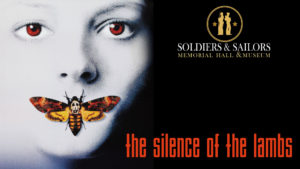 Starling is assigned to tease out insight from Lecter to aid in the capture of a vicious serial killer known as “Buffalo Bill,” a composite character built from the characteristics of six real-life serial killers, including Ted Bundy and Edmund Kemper.

In a departure from his start in exploitation films and his eclectic 80s output, director Jonathan Demme scored a commercial and critical hit with this terrifying thriller. Part of that success stems from a strong screenplay, a more-than-solid cast, and Howard Shore’s celebrated musical score, but credit needs to be shared with the actual filmmaking.

As Every Frame a Painting’s Tony Zhou points out, the camerawork reveals the victor in each of the conversations between Lecter and Starling. The camera shows you when the pair are seeing eye-to-eye or when there is a power imbalance. Characters that look directly at the camera feel that they are in control. Filming from below gives the character power. Off-center and downward shots decenter the 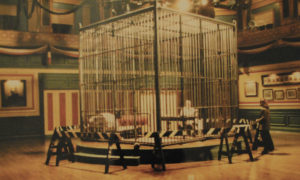 character and allude to a growing internal flailing. Demme, along with cinematographer Tak Fujimoto and editor Craig McKay, construct these scenes to support the dialogue with subconscious visual hints.

Many of these verbal duels take place around some sort of cage. After the pair’s first meeting at Lecter’s glass-enclosed cell, Lecter extracts information about Starling without providing her any clues to advance the capture of “Buffalo Bill.” Only after Lecter’s bizarre moral code is triggered does Starling gain traction, and the audience begins to see how Lecter ticks. 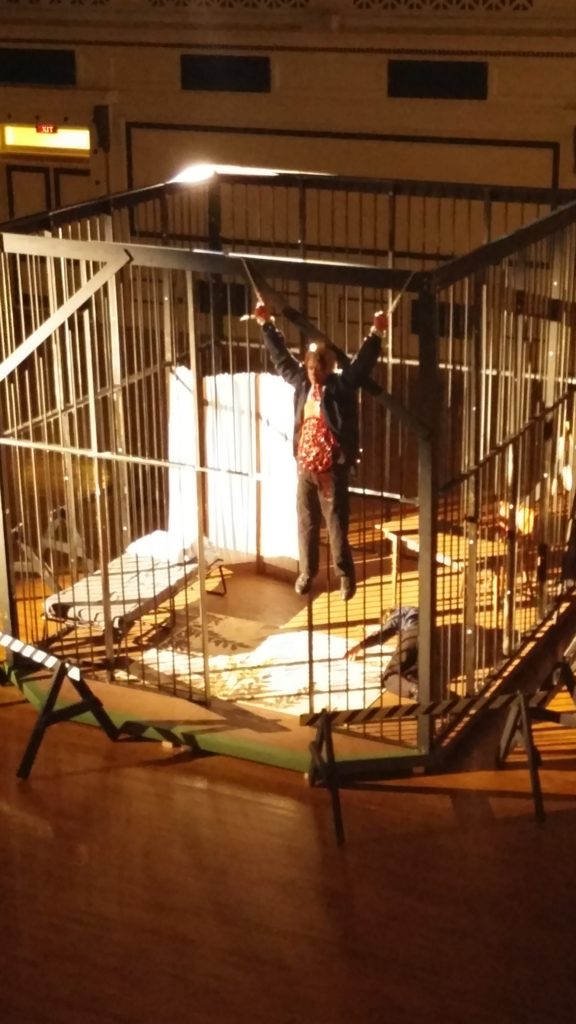 Speaking of cages, for the special screening of The Silence of the Lambs at Soldiers & Sailors Memorial Hall & Museum, the film’s “Tennessee courthouse” cage has been reconstructed and set in the very room that the scene was filmed. That’s right, much of the film was shot in and around Pittsburgh!

Re-enact the film’s most gruesome scene with your friends on Friday, October 27, 2017 at 6pm at Soldiers & Sailors Memorial Hall & Museum. For more information, please check the Facebook page event: https://www.facebook.com/events/129514464363870.