Benji. started making music at the age of 3, and has been dedicated to the art ever since. Previously recording and performing under the name Courtesy, Benji. has become determined more than ever to be in the music scene. You can’t deny the talent of Benji., especially from his energetic live performance persona; he is a Pittsburgh must-see.

When did you start creating music?

I’ve been a musician since I was 3 years old, so I’ve playing music for a while now. I started creating music when I was 17. Wasn’t very good at it, but I wanted to be like my brother, so I kept working at it. I started producing my own music my freshman year of college at Duquesne, again wasn’t very good to start, but I worked at it diligently and here I am!

You played under the name Courtesy before; why did you change your stage name? Did your style also change with that?

I really got my foot into the Pittsburgh scene as Courtesy. Played at Thrival Festival in 2015, released a great full length project in 2016 and began building a following like I’ve always wanted to, all as Courtesy. After awhile though, things just didn’t feel right. I didn’t feel like I could be myself entirely, even though the music was my own from the producing, to recording, to mixing and engineering, mastering, all of it was me, but it felt like I was doing all of that to be somebody else. So I decided to change it to a name that best represented who I was as a person, musician, and an artist. Benji was perfect because that was the nickname my mom has always called me since I could remember, and it felt so much better and easier to identify the guy behind the music like putting a name to a face when you identified it as Benji’s music instead of Courtesy’s music. For how transparent and vulnerable I am in my music, I think it’s easier to truly understand who I am now that my real name (middle name) is now my stage name. It’s also cool because people can call me Benji in public and be comfortable with it, since it’s my actual name too, and it not sound weird or be awkward like Courtesy was. However, since Benji is such a common name, I decided to put a period at the end of it (Benji.) to separate myself from the rest of Benji’s of the world who make music too. 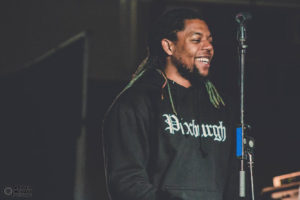 Why do you create music?

I create music because it’s all I’ve ever known. I come from a very musical family. Out of the six of us (my parents, three older siblings, and myself) we all are singers. Five of us play at least one instrument, four of us play multiple instruments, three of us are recording artists, and two of us are producers. Creating music is how I grew up, and how I’ve lived my whole life. As a musician, it’s how I express myself without having to utter a single word, but when I play I proudly show my emotions with the many faces I make. Recording music allows me to turn melodies into words that express the same thing exact thing I would as a musician. I don’t know what I would do or who I would be if I didn’t create music.

What other local artists are out there who we should know about?

Pittsburgh is amazing because now being a part of the scene for the past couple of years now. There are way too many great local artists, producers, DJs, etc., and we’re all connected to one another either directly or by association, there’s always someone new to find. As far as artists who folks absolutely need to pay attention to around here, my older brother Christo, Tribe Eternal Music Group, Sierra Sellers, Mars Jackson, Choo Jackson, DJ Femi, Slim the DJ, Arie Cole, PK Delay, Pet Zebra, Livefromthecity, Corrine Jasmin, Childlike Empress, Marcus Salvatore, Akono Miles; I could literally go on for days about who everyone needs to pay attention to from this city.

Do you think Pittsburgh is the right city to start a music career in?

Pittsburgh is a great place to start a music career. Lots of tools, venues, events, and great people at your disposal to guide you along the way and give you honest feedback, good opportunities to work on your craft and build something from the ground up. You just have to be very serious about it. 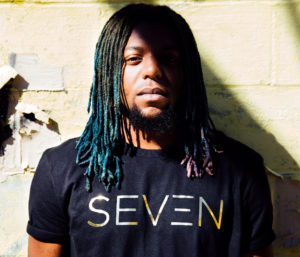 What’s next for Benji.?

What’s next for me? I have another project coming up – first one under the name Benji., plenty of music videos, shows, and other cool stuff that will be unveiled in 2018. I had the pleasure of recording and mixing Mars Jackson’s upcoming album, and a few features on that as well, more features with some cool artists. I also started working with a new singer Zaneta Grant, building her debut EP from scratch. She’s easily going to be one of Pittsburgh’s premiere talents. I plan on being everywhere from behind the scenes on other works from artists and in the forefront with my own music.