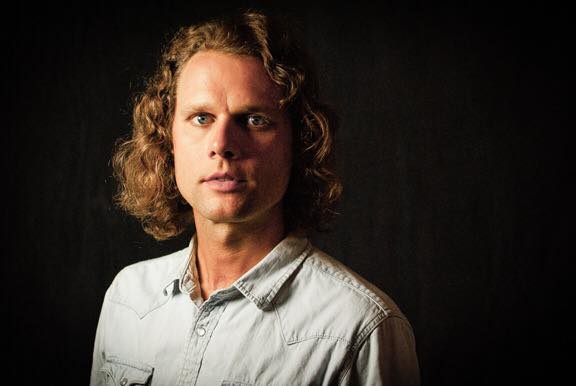 Born on a horse farm in Williamsport, Pa., Brett Staggs began writing songs at a very early age. His song writing and inspiration comes through his past, being on the farm, listening to old country and rock music. After being in Austin as a drummer and backup vocalist, Staggs found himself in Pittsburgh in 2010 to start writing and performing.

His music is heavily influenced by great country artists like Johnny Cash, George Strait, early rock ‘n’ rollers such as Chuck Berry and Little Richard, and impeccable songwriting like Bob Dylan. Other influences include Tom Petty and The Traveling Wilburys.

Now you can hear Staggs with his new band, The Daylight Moon. Formed in the summer of 2016, the band found a similar love for the songwriting iconic musicians Chuck Berry and Bob Dylan. The band recently welcomed new member, Leigh Solomon Pugliano, who plays the steel pan. Pugliano runs Barrels to Beethoven, a steel pan educational organization.

The debut EP from the band, “Safe Place” will be released publicly later this summer. You can catch their new song “White Knuckle” on the rotation for Root Sports “Friday Night Rocks” TV show.

See Brett Staggs and The Daylight Moon at the Rock 4 Vets on July 1 at Moondogs and on Saturday, July 15 as part of the Deutschtown Music Festival.