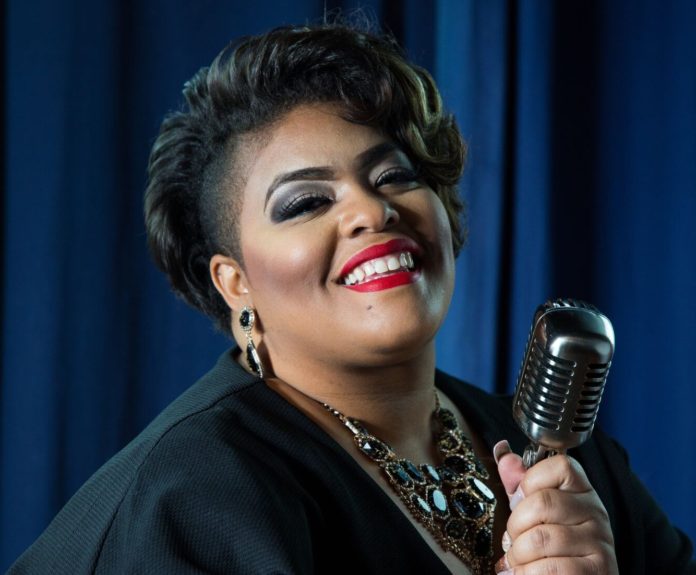 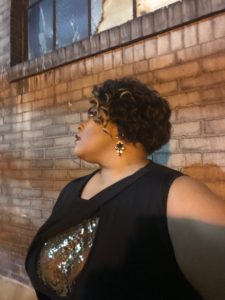 Lyndsey Smith is an R&B, Jazz and Soul Singer with a voice that truly comes from pain and triumph. This Jersey Shore native credits artist like Anita Baker, Chaka Kahn, Etta James, Stevie Wonder, EWF, Michael Jackson, but mostly her musical idol, Ella Fitzgerald.
Although her passion for singing began at the age of 3, she truly got a feel of performing in the front of people while singing in church choirs. She looked to one of her closest relatives, Susan Clark, who was a prominent ’90s dance-music singer, as an example on how to succeed in this industry.
In high school she was apart of every musical group possible, including All-Shore Chorus, 4 school musicals, an Acapella Choir and the school’s Mass Chorus. She had a very brief stint with opera, but found that her niche was to sing jazz, gospel R&B and soul.
While attending college at the University of Maryland Eastern Shore, she became the lead vocalist for the school’s jazz band. The band traveled to many locations to perform including a small lounge bar named Caton’s Castle in Baltimore. It was there that she was dubbed as the “God-Daughter of Soul”. Which is a name that has stuck with her ever since.

In 2011, her band Soul Distribution was formed by her manager, B. Michael Smith, with lead guitarist Max Snyder, who has been with Lyndsey for the last 5 years. The band and management team has seen some recent changes, but the current line-up seems to be a truly magical combination with new manager, Nina Amendola of Grind Mode Worldwide and the multi-talented musician Dennis Garner on drums, the memorizing Ryan Joseph on bass, the smoothly talented Claude Flowers on keyboards and the electrifying Spencer Geer on guitar.

“This is going to be a wonderful journey, one that will make believers out of the doubters and prove that dreams can and will come true.” 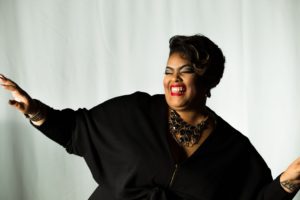 You have an absolutely amazing voice, how did you get started?  Thank you so much Jeff.  I’ve been singing since the age of 3, mostly in church engagements singing gospel.  I didn’t really discover my soulful sound until I was in my 20s.  But I’ve been doing music my whole life.

Tell us about who and what inspires you, where do you get your energy from?
My biggest inspirations are Etta James, Stevie Wonder and Ella Fitzgerald.  My energy comes from the emotions I go thru during the day, whether good or bad – I use those emotions in my songwriting and in my performances.
As a LOCAL publication I feel obligated to ask you about Pittsburgh, where did you grow up? I grew up in NJ/Jersey Shore area, which is extremely different from Pittsburgh.  Pittsburgh is a very warm, welcoming and inviting.  People here are hard workers with a lot of heart.  I’ve been here since January 2017.
There has been a lot of talk about the Pittsburgh live music scene I would love to get your thoughts? I feel the live music scene here in Pittsburgh has a lot of room to grow.  There is a definite need for live entertainment in the city.  I believe the city is yearning for a musical outlet, I’m happy to be one of the solutions.
How did you get involved with “Women Who Rock”? 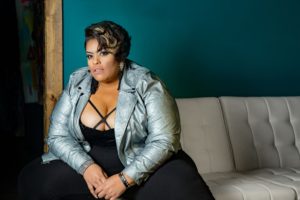 About 2 years ago, Melina Colaizzi contacted me with the intent to put together a fundraiser featuring some of the most powerful female musicians in the city.  Together we are raising money for Magee Women’s Research Institute.  Its my honor to be involved with such impactful movement.
www.lyndseysmithmusic.com.
Women Who Rock May 10th at the Hard Rock Cafe Pittsburgh For tickets: www.showclix.com/event/womenwhorock2018/listing