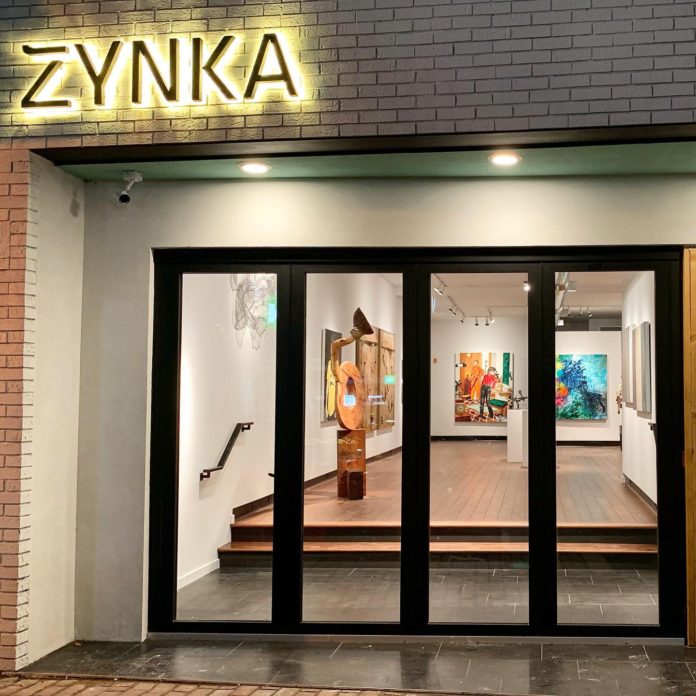 As a kid growing up in the ‘70s, he was influenced by trippy album covers, Saturday morning cartoons and the punk-rock aesthetic of the skateboarding culture.

“I studied art at IUP. My love was in painting, but my talent didn’t lie there,” he says with a laugh. “I was better at graphic design.”

Jarzynka, of Highland Park, after spending the better part of 25 years in advertising, design, and marketing, soon realized he could use his skills to help contemporary artists promote and sell their work.

After four years of organizing pop-up exhibitions throughout the city, he’s opening ZYNKA Gallery November 16th on Main Street in Sharpsburg. The inaugural exhibit, “Current,” is a collaboration with The Warhol Museum.

“To me, it has multiple meanings,” Jarzynka says. “It speaks of water and flow — ZYNKA Gallery will be opening in Sharpsburg, a river town along the Allegheny, which is experiencing its own new wave of revitalization. It relates to the ‘now’ of the Pittsburgh art scene, as we will be featuring some of the best contemporary work being created in the region and it has a connection to electricity — an exciting, charged exhibition.”

Seventeen artists (listed below) representing a wide range of mediums will showcase their work during the free event, which will be held from 6 to 9 p.m. “Current” will run till the end of the year. Jarzynka encourages Pittsburghers to check out the overhauled space. 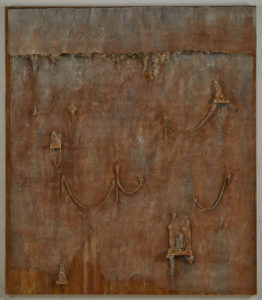 The former St. Vincent DePaul Society storefront now boasts high ceilings, professional lighting and sound systems, a galley kitchen and plenty of wall space for a rotating lineup of local creators — both new and established names — to showcase their individual styles. Whether they dabble in paint, clay or a digital medium, there’s room for everybody.

In addition to providing local makers with a venue, Zynka Gallery will serve as an educational hub, where people can hear about the creative process from the artists themselves.

“I felt it was time to put a stake in the ground and have a place on the map,” Jarzyka says. “I’m looking forward to adding to the arts culture in Pittsburgh.”

Attached to the facility are two apartments upstairs and a large retail space on the bottom floor. Jarzynka wants to lease the area to a business that compliments the gallery.

“What Sharpsburg lacks is a destination restaurant,” he says. “They have great breweries, but here’s nowhere to eat. I want something that is going to help drive the community. The borough is very proactive and progressive with a young mayor and borough council president who are doing some really cool things.”