Have you worked for a company and screwed up royally before? Were you why the company had to be involved in a class-action lawsuit? Did you open a franchise at the worst possible moment in history? Blow $40,000 on something you thought would help the company but got you fired instead? Whatever your major malfunction was, we have been there and so have these four remarkable women. 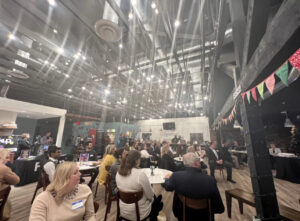 Fuckup Nights Pittsburgh is back for Volume IV and with an all-female panel of speakers. Fuckup Nights PGH is an event that wants to change the narrative around entrepreneurial failure. Instead of hearing from these big CEOs how they were geniuses and had what it takes to make it in life the way they did. Fuckup Nights is saying fuck that and telling audiences how mistakes are what makes success.

You get to hear from Lynsie Cambell, Mandy Yetter, Amber Thompson, and Tricia Staible about how screwing up, falling flat, and outright failing is all a part of the journey. Fuckup Nights PGH will be hosting the event at East End Brewing Company at 6 pm on Monday June 6th. These four speakers do not also fit the same copy-paste model. They come from all sorts of backgrounds like tech/AI, real estate, and venture capitalism.

Fuckup Nights PGH is about breaking free from the paradigms that limit our lives, and using failure to encourage vulnerable business conversations with empathy and growth. These anti-award events are held in over 90 countries around the world. Pittsburgh is getting another taste of successful open-minded people ready for change. The last event was just so warm and fun to be around intelligent people sharing all their mistakes in a cool, almost class reunion-like vibe for the evening. 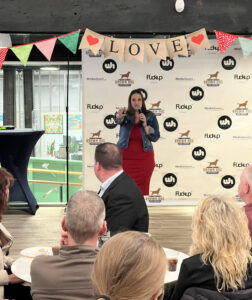 Seven minutes and ten images are all these leaders have to share their biggest fuckup and what came after. Your event access includes food, drinks and tickets can be purchased online here or at the door the night of. Fuckup Nights PGH VOL IV is also benefiting a local non-profit, The Asservo Project, focused on combating human trafficking and child exploitation worldwide.

Join some of the leading voices in innovation on entrepreneurial success and break down barriers simultaneously, just by showing up. Meet like-minded individuals who share common goals and want a different voice leading the way. Let Fuckup nights be the ones to tell how they messed up and were better for it. So don’t fuck up and miss the next Fuckup Night PGH. It might be the one mistake no one wants you to tell.