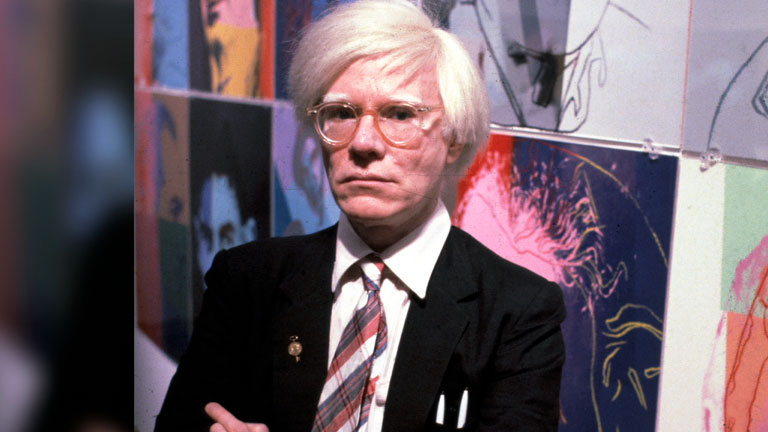 With today’s social media, reality television, and viral video access, it is possible for any person to achieve “15 minutes of fame.”[1] Whether that is positive or negative notoriety is a different story. However, before the internet and computers were commonplace, coinage of the terminology evolved through the pop art movement. Few may realize Andy Warhol, one of the premier artists of his generation, may have inspired the phrase by stating “in the future, everyone will be world-famous for 15 minutes.”

Warhol’s popularity certainly lasted longer than his accredited statement as his artistic values and talents became world-renowned; most notably through American iconography, such as dollar bills, Coke bottles, and Campbell’s soup cans. The Pittsburgh native and Carnegie Tech graduate capitalized on the growing consumer culture in the United States by exhibiting intricate printmaking processes and blotted ink paintings, which evoked a sense of imperfection. As a result of Warhol’s influence, pop art and LGBTQ culture remain at the forefront of artistic expression in the 21st century.

So, for those of you seeking to achieve that sense of “15 minutes of fame,” remember Andy Warhol when posting that controversial status, attempting to make a viral video, or just generally doing something inappropriate. For those who do reach the pinnacle of sustained success, it is hard to maintain. Fame such as Warhol’s did come with a price, as he sustained a gunshot wound in 1968 by Valerie Solanas, who claimed he had “too much control over her life.”[2] Warhol did survive this ordeal, but suffered from the effects until his death in 1988.

Andy Warhol’s legacy lives on through the Andy Warhol Foundation, which serves as one of the largest grant providers for the visual arts. Today, Warhol’s works can be found all over the world, and still prove to be influential among the art and media community. Much of his collection and his profound influence can be found at the Andy Warhol Museum, located in the North Side at 117 Sandusky Street.