In 2013, 147 acres of sprawling greens and stately buildings encompassed Churchill Valley Country Club (CVCC), once a titan of industry in the Pittsburgh region since its inception in 1931. CVCC ranked second to Oakmont Country club, and in its heyday, its membership eclipsed the 1,000 mark, and frequently hosted golf tournaments, weddings, graduations, and other events. 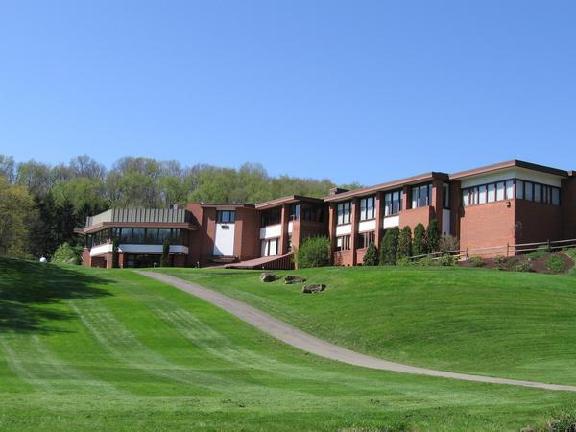 Now, 3 years after its closing, the fragile remains of the dilapidated structure and over run course sit stoic, a haunting reminder of a bustling epicenter that thrived in Pittsburgh’s East side, nestled quaintly in between Penn Hills and Churchill.

As I walked through the overgrown greens, virtually unrecognizable, I see herds of deer rustling through the tall grass, the crackled concrete cart ways that once brought so many together, now serve as walkways for exercising couples, adventurous dog walkers, and hunters. The current owners of the property, Zokaites properties, allow hunting on the grounds, a much different narrative than a 300-yard drive.

The undulating hillside is intimidating at best, not knowing what will spring forth from the brush. I can’t help but to feel a little saddened and amazed that something so magnificent, something with such a rich history and positive impact on the community could fall victim to an economic downturn. The contradictions are endless, and the irony poignant. A playground for the well-to-do, no longer could pay its bills, failing to keep pace with higher taxes and a declining rate of membership renewal. 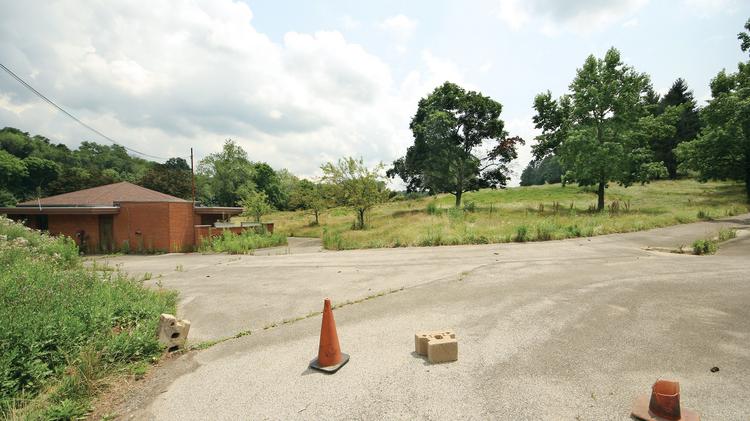 The original members were dying, and no one new was signing up. The system was becoming archaic, in its final years disappointing customers with failed services and facilities, the writing was on the wall. I perused the field on my way to the main building, reminded of a scene from “Braveheart”, as fingertips brushed the fields of grain lightly, it was peacefully tragic. 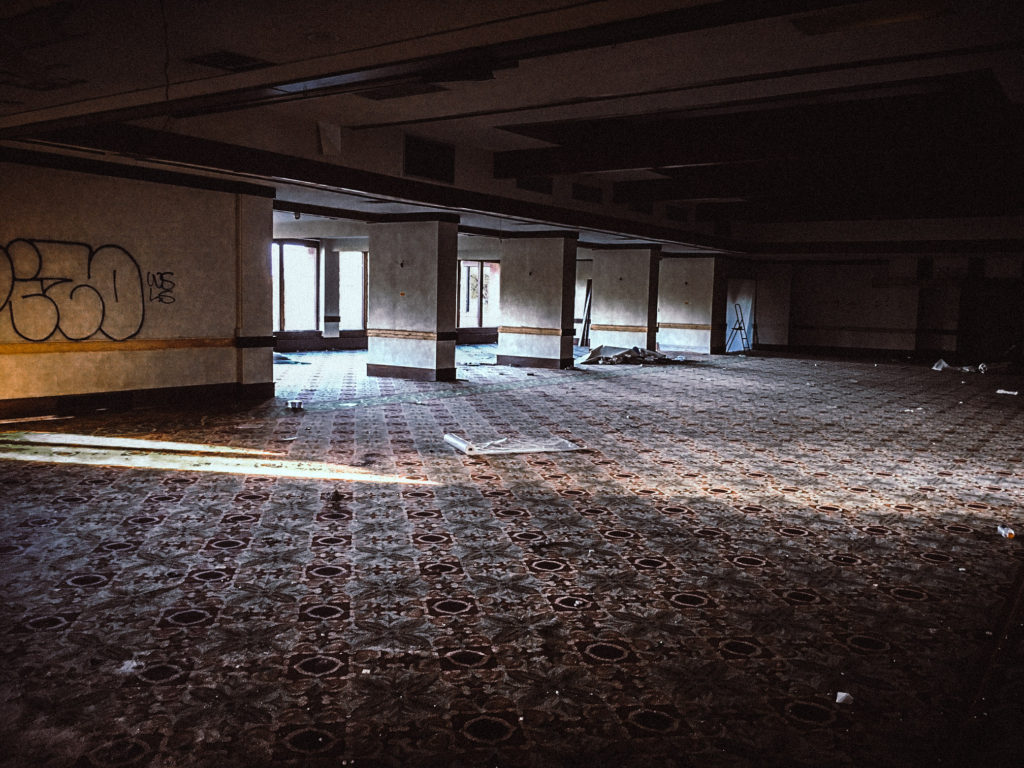 As I walked up to the infrastructure that once was the clubhouse, all I see is broken glass. A sea of broken glass. My eyes move skyward to see graffiti, lone chairs, computers, and other artifacts thrown through the windows. It’s dystopian in every way. I look off to the right and I see an abandoned SUV, sitting ominously. I didn’t want to look too long…Much like the ocean, the longer you stare, the more movement you witness.

I move around back to see a man walking his dog in the parking lot, and overgrown tennis courts. I see the shipping doors where food was delivered, a pool, drained and cracking. I peek through a shattered door, and make my way through grand ball room, but not before I sift through waterlogged carpet, broken desks, and spray paint cans. I entered, each step louder than the next, as my feet slipped into the vacuously damp carpet. It’s hauntingly quiet, but I keep browsing.

The bar is mangled, a dead bird sits on the floor, and graffiti is everywhere. I felt like I was walking through the titanic, so grande in volume, so majestic. I could feel the memories. A father and daughter have their first dance, a mom-to-be celebrates a new addition.

Everything happened here, and now I see a sketchy couple sitting in the parking lot clearly about to do something I wasn’t intended to witness. I find an old score card, a rule book, and club guidelines. The “valuable” stuff has been auctioned off, but everything is still there, the vacant hopes of history passed into nothingness. 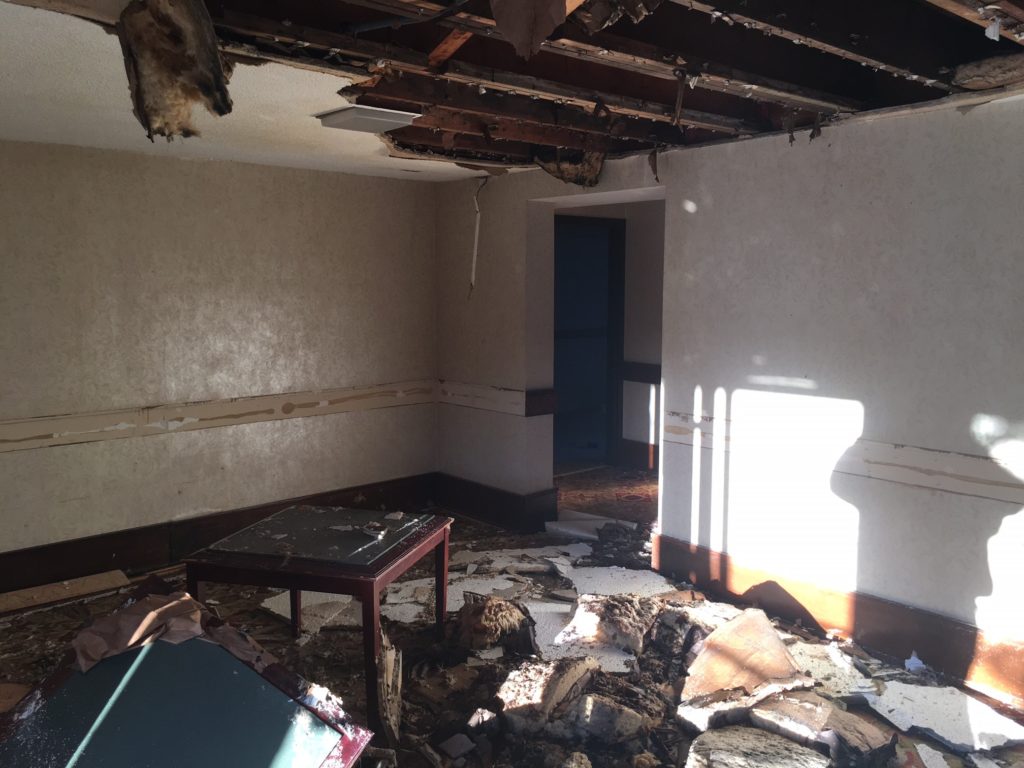 Over the past few years, the developer has tried to remedy what to do with the space. It was most recently used as film set for Vin Diesel’s “The Last Witch Hunter”, a fitting tale considering the morose undertones surrounding the area. From residential developments to drilling sites, and even revitalization projects, everything has failed, ultimately getting hung up in bureaucratic red tape, and greed, which seem to go hand-in-hand nowadays. So, for now, CVCC sits in purgatory, being claimed by the elements and giving space to its ultimate demise.