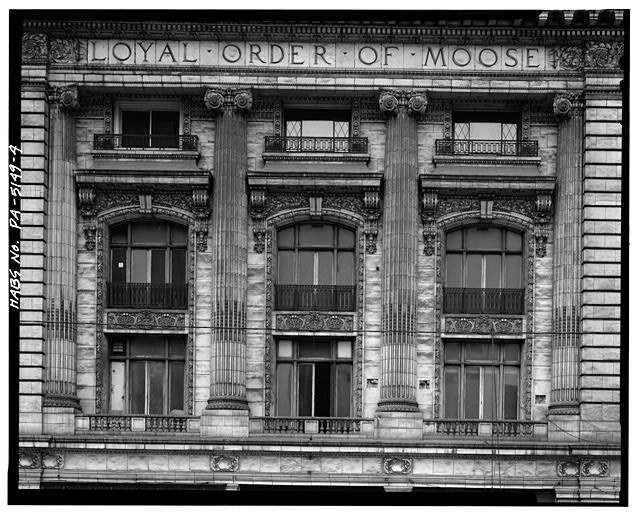 May 30th, 1918 may not resonate with many Pittsburghers today, but on that date 99 years ago, a new nation-state was conceived at the Moose Hall on Liberty Avenue.[1] The Pittsburgh Agreement (as it is known) served as the forefront for declaring Czechoslovakia as an independent nation from the former Austro-Hungarian Empire. Most notably, however, why Pittsburgh?

Amidst the chaos of World War I, nationalist movements across Europe sparked much of what would become the decline of empire and rise of ethnic nation-states. Professor Tomaš Garrigue-Masaryk, a renowned philosopher and sociologist, directed much of the Czechoslovak revolutionary movement by drawing extensive influence from abroad, mostly from the United States. In early May 1918, Masaryk arrived in the United States to outline Czech self-determination in Central Europe and, under President Wilson’s “Fourteen Points,” seized the opportunity to outline the future Czech government, initially including the historic territories of Bohemia, Moravia, and Silesia; all non-Slovak states. To legitimize the Czech national movement, Masaryk adopted “strength through unity,” inciting Slovak inclusion to not only broaden the reach of historical states’ rights claims for the Czechs, but to be numerically superior to the region’s German minority.[2]

Masaryk understood the importance of persuading the international community to promote development of the new nation and separation from Austria-Hungary. In his memoirs, he noted that the success of the independence declaration was by no means reliant on his own personal influence, but by the work and propaganda of the Czech and Slovak people.[3] It was noted that upon Masaryk’s arrival in Pittsburgh on May 30, Slovak, Czech, and Slavic immigrant groups gave him a festive welcome; during which Secretary of State Robert Lansing issued a declaration stating the United States’ “earnest sympathy for the nationalistic aspirations of the Czecho-Slovaks and Yugo-Slavs to freedom.”[4] This was the confirmation Masaryk, the Czech, and Slovak delegations needed. The Pittsburgh Agreement was written highlighting what would be the political makeup of the state, though this was not the “official” declaration of nationhood. That occurred on October 18, 1918, where Masaryk (who became Czechoslovakia’s first President) utilized the bylaws outlined in Pittsburgh to formally declare the independence of Czechoslovakia. If not for the substantial Czech and Slovak population, and for the actions of the Czechoslovak National Council in America fighting for Czechoslovak independence, Masaryk’s plan may not have succeeded and Pittsburgh would have been bypassed as an opportunity for political discussions and independence talks. At the corner of Penn Avenue and 7th Street, a marker stands commemorating the beginning of Czechoslovak autonomy in Europe. It stands in memory of those who advocated for the Czech and Slovak people, in America and in Europe, to be recognized as their own sovereign nation.

[1] The official document was composed on May 30th, but was not signed until the following day in order to commemorate the meeting of the Czech and Slovak delegations. Masaryk’s ultimate goal was to establish an American-style government in Central Europe; a theory which was seemingly successful until World War II.

[2] Elisabeth Bakke, “The Making of Czechoslovakism in the First Czechoslovak Republic,” in Loyalitäten in der Tschechoslowakischen Republik 1918–1938. Politische, nationale und kulturelle Zugehörigkeiten, ed. Martin Schulze Wessel (Munich: R. Oldenbourg Verlag, 2004) 25. Slovak delegations pledged loyalty to the Czechoslovak state, believing the nation would become a dual federation, and that “Slovakia” would eventually become its own nation. The unity of the Czechoslovak state would be challenged repeatedly over the course of the 20th century, with the Slovaks finally declaring their own independence as a result of the Velvet Divorce of 1993, which split Czechoslovakia into the Czech Republic and Slovakia.