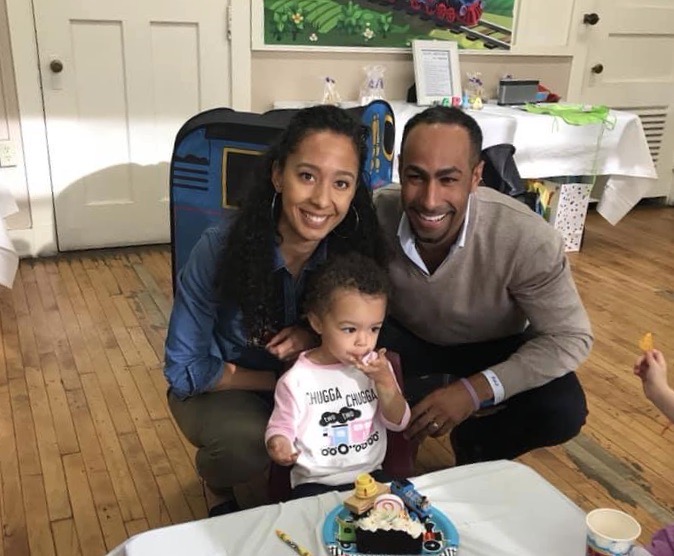 There are many reasons Jerry Dickinson, a law professor at the University of Pittsburgh, decided to run for Congress in Pennsylvania’s 18th district.

One was being a constitutional law professor; he feels that President Trump is looking to delegitimize democracy.

The other reason is a desire to give a better world for his two-year-old daughter, Aria.

“Fatherhood as a way of changing your outlook on the world”, said Dickerson. “It’s a huge part of what urged me to finally decide to jump into this race and try to make a change in the 18th congressional district.” 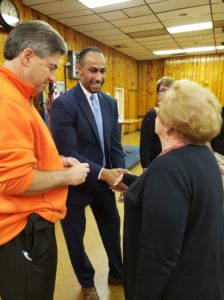 He’s campaigned across the 18th district, from Bridgeville to Monroeville and everywhere in between.

Dickinson’s focus on his campaign is getting corporate money out of politics, pledging to not take any money from big corporations, including the fossil fuel industries.

That pledge will help him accomplish his main goals of getting Medicare for all, the new green deal, and climate change.

“A pathway to universal, comprehensive health care is number one for us”, said Dickerson. “It resonates with many people in the region because of climate change and pollution.”

Dickinson has met many people around the 18th district, who were wearing respiratory masks and have asthma problems from places like the Clairton Coke Works.

“A woman I met in West Elizabeth moved there from Clairton because she couldn’t deal with it anymore”, said Dickinson. “We see these problems on the ground

Along with his campaign group of 15 to 16 volunteers, he’s knocked on the doors of over ten thousand people trying to get his name out as a candidate. Dickinson has had impromptu meetings with people all around the district about issues important to citizens.

He cites a conversation about criminal justice reform while riding on the bus in Swissvale as one of his favorite moments on the trail.

“I talked to this woman and a guy there who overheard me speaking and asked what I knew about criminal justice and ex-offenders as a candidate for Congress”, said Dickerson. “I told him about my foster brothers who’ve been affected by the criminal justice system. How I spent years [writing and visiting them].” 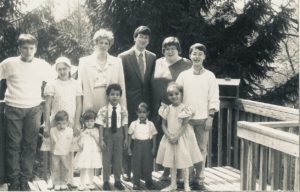 Dickinson grew up in the foster care system and was adopted into a multiracial family. The struggles from his brothers and sisters like “Irish”, the nickname of one of his siblings. He refers to them by nicknames to give them privacy.

“It’s the emotional impact of having grown up and lived alongside and being so intimately connected to them that has fundamentally shaped my worldview”, said Dickinson. “Many of my siblings are on opposite sides of the socio-economic spectrum, but we all viewed each other as equals.”

He believes that his experiences growing up, along with being a human rights activist in Johannesburg and working as a lawyer representing tenants in Allegheny County, makes him a person that people can believe in as congressman.

“All these experiences make going into these communities all across a congressional district easy for me”, said Dickinson. “I know what their needs are, and I’m willing to listen to them as well and talk about what it is that I can do to help them.”

He will be running against fellow democrats and the incumbent congressman in the 18th district since 1995, Mike Doyle.

His chairman position in that subcommittee is the first he’s held in his 24 years as a congressman.

The 18th district is considered a safe blue district, a district in Pennsylvania almost guaranteed to be won by a democrat in general elections.

Dickinson believes that the representative in this district should have the leadership qualities that puts themselves in a leadership position the minute they get in office. 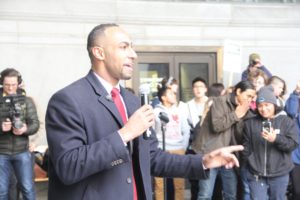 “That’s indicative of how I think most of his of the Democratic Party feel about him is that he’s a nice guy, but no one sees him as the leader of the parties”, said Dickinson. “It shouldn’t take 24 years to be a heavy hitter for the for the party.”

Dickinson won’t waste time when he’s elected. He has already planned out his first 100 days in office.

He wants to ban solitary confinement across the board and convert the money towards rehabilitation services to get people on their feet when they leave prison.

He wants to get on board with the new green deal, essentially creating a solar and wind industry in southwestern Pennsylvania. Providing federal subsidies to incentivize these green new manufacturing industries to come into western Pennsylvania compete with the fossil fuel industry.

He wants to ensure that we build and create thousands of permanent jobs in Western Pennsylvania.

“The fossil fuel industry here in western Pennsylvania does not guarantee that many permanent jobs, many of them are voluntary”, said Dickinson. “Look at the [Beaver Cracker Plant], the construction project provides 2000 temporary jobs but only 400 permanent jobs.” 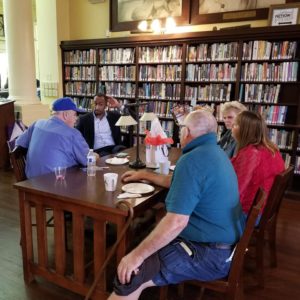 Dickinson wants to take the lead on not taking corporate money and not being influenced by corporations. He also wants affordable housing and urban development in the 18th district by using a grant housing bargain.

Dickinson wants his campaign for congress to be about hope. He would be the first African American to be elected to congress in Western Pennsylvania.

“Yes, an African American kid from the foster care system can rise to above trials and tribulations to be a viable candidate for Congress”, said Dickinson. I hope for young people to motivate themselves to say, I can do this too. I can break glass ceilings. I can be a part of this movement.”