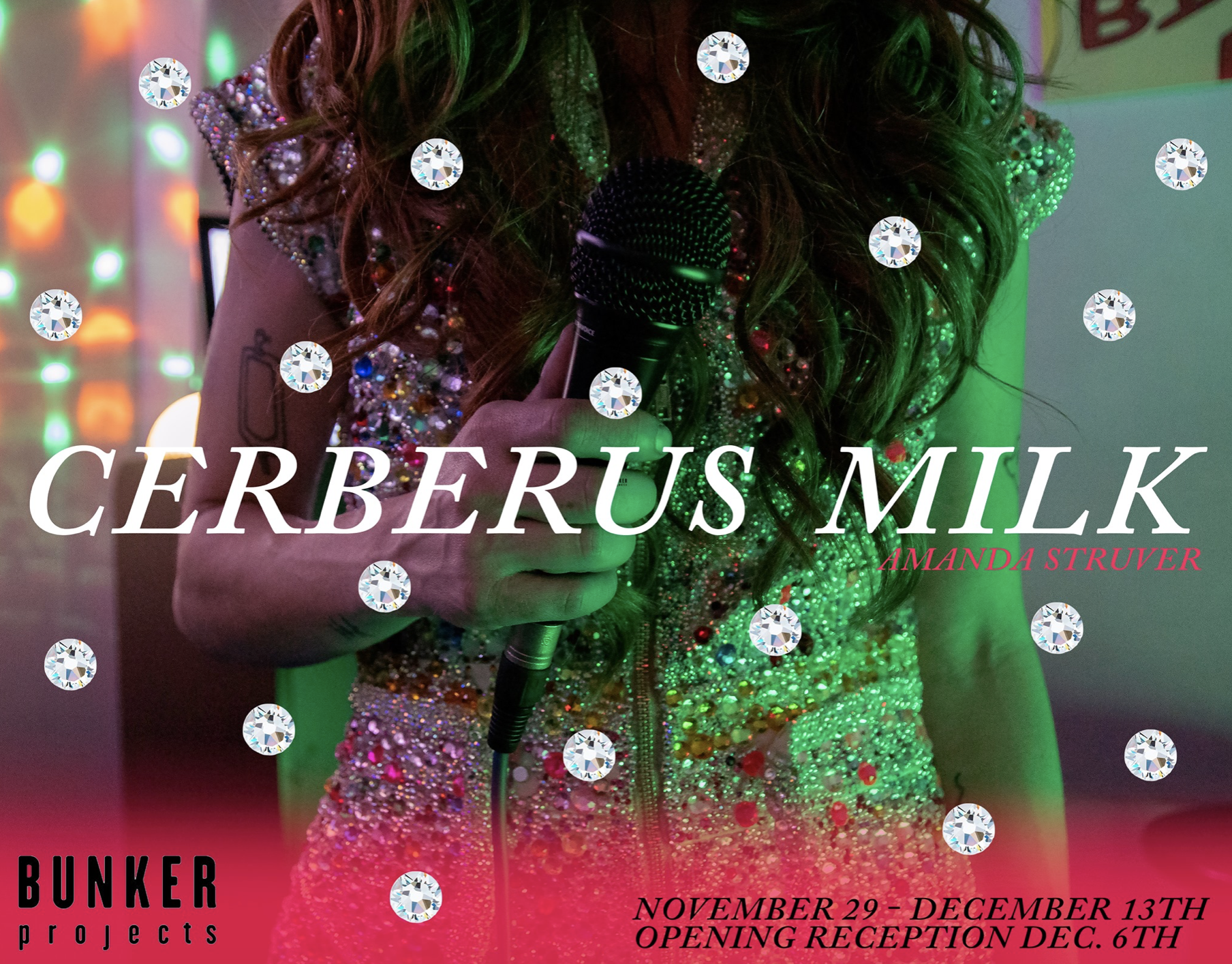 Cerberus Milk is a solo exhibition by Amanda Struver which ruminates on the potential for transformation and achievement through myths of classical and contemporary icons. Sculptures and performances tell the story of, Shimmer, a version of Amanda who lives on the internet interpreting pop songs of love, power, hopes and dreams.

Myth can provide reasoning for phenomena or challenges, and in its contemporary iteration, mythos manifests itself as internet worship. Struver is focusing on the ways in which an individual’s own mythology is constructed and propagated through varying digitializations of a self across the multiplicity of available digital platforms. With applications like Tik Tok, filters and portrait mode, YouTube stardom from the aughts, and influencers monetizing their identities, there exists a steady stream of technical assistance for anyone desiring “to be” an icon.

Cerberus Milk internalizes these notions of myth, idol, and acts of identifying as the most current way of reimagining yourself to “be anything you want to be.”

About Amanda:
B.1990. Amanda Struver (amandastruver.com) builds her practice by constructing or altering environments for her to engage in incisive interactions with presentations of self. Her work often calls into question fortified lines between animal, creature, human, mutant, and object. Struver hovers within dysfunction and filth, using materials that will quickly rot. She does so in recognition of the fact that all bodies, including the conceptual self are both in a perpetual state of decay and evolution. Within these realms, she embodies and expands upon characters that invade and disrupt established expectations. Struver received her MFA in Studio Art from Syracuse University in 2018 and has exhibited internationally in Germany, London, Los Angeles, and New York. She has participated in the SU:VPA London Residency, The University of East London Project Space residency at Trinity Buoy Wharf, as well as Pilotenkueche International Artist Residency in Leipzig, Germany. Struver currently lives in Los Angeles, California.