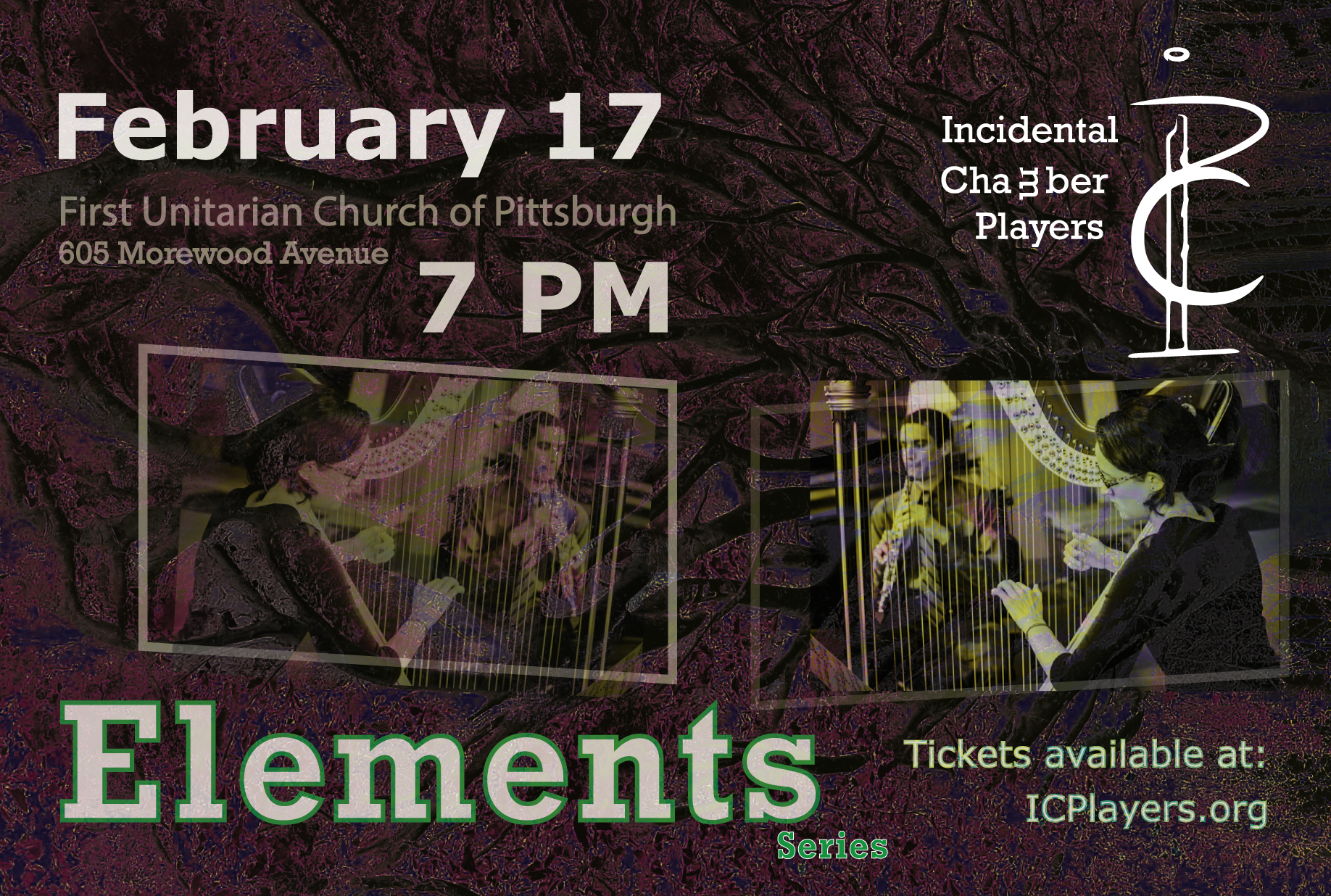 Incidental Chamber Players, in collaboration with the First Unitarian Church of Pittsburgh, has announced the details of its 2020 chamber music concert series ELEMENTS. Each concert in this five-concert series is curated by one of its members featuring music that speaks to their personal histories or “elements” of their identities. Dedicated to their mission of highlighting music that has been unjustly forgotten or ignored, the program include works by living, BIPOC, women and LGBTQ+ composers from Pittsburgh, this country, and the world.