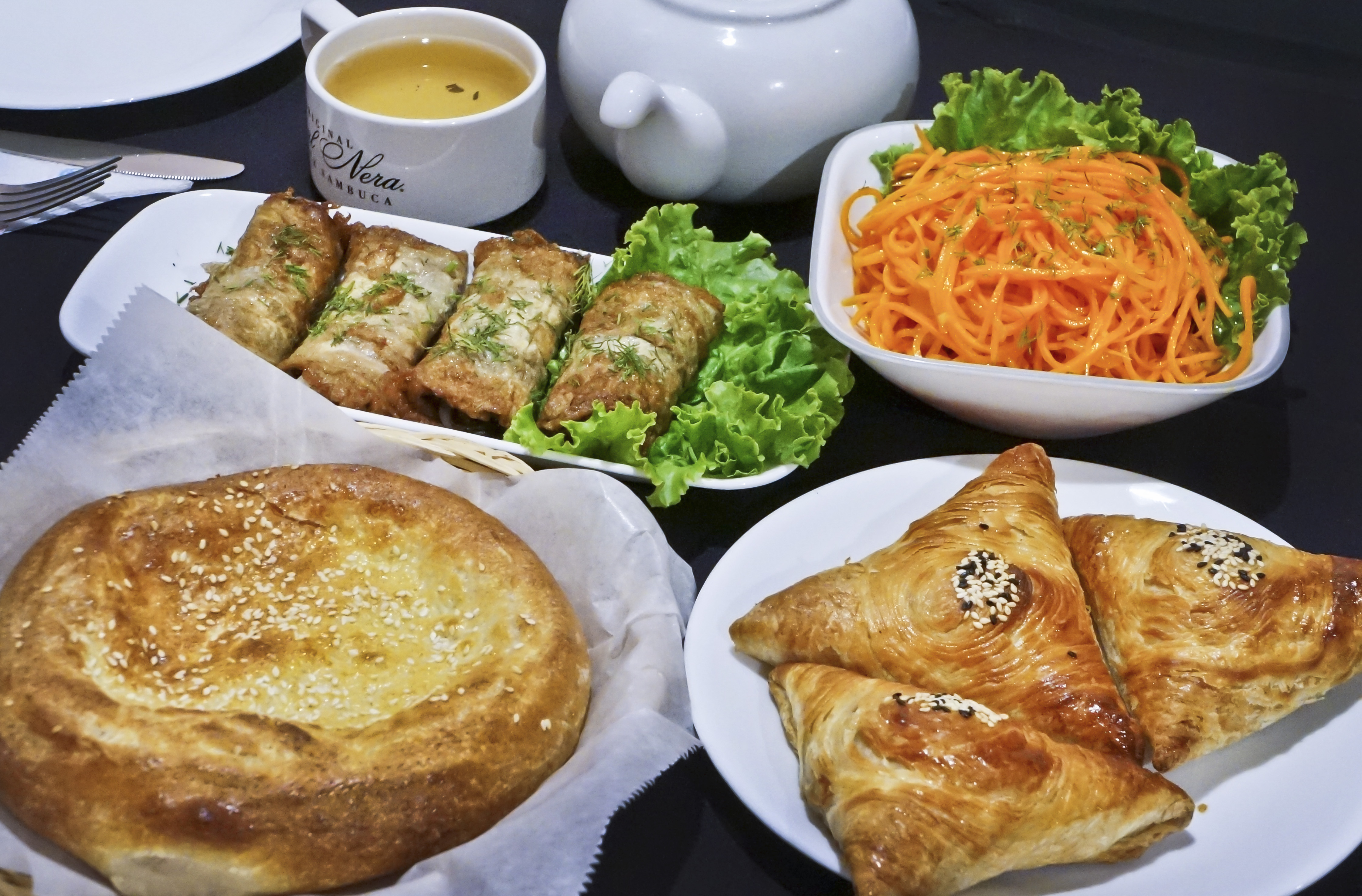 Looking for something a little more adventuresome than Thai or sushi? What about Uzbek?

Uzbek cuisine got its start in the city of Tashkent, which served as a major stop on the Silk Road. Because traders and merchants from a variety of cultures cycled through the city, traditional Uzbek cuisine varies widely, incorporating the best of many Asian and Soviet cuisines. It’s not spicy, but well-spiced. Dill is common, as is pickling, which was a way of preserving food in warmer regions.

Uzbek cuisine came to Pittsburgh via a different route: in 2013, when Hayrullo Umaraliev and Tahmina Umaralieva (the suffixes differ to signify gender) moved to Pittsburgh to help their daughter take care of her two children, they opened Kavsar, a traditional Uzbek restaurant on the summit of Mt. Washington. Tahmina cooks, while Hayrullo runs the business; a short time later they were joined by Tashkent-native Mikhail Istomin, who handles marketing.

The restaurant looks like someone’s living room—disorienting at first, though the attentive service and decor heighten the authenticity of the experience, as if one has been transported from Mt. Washington to a traditional Uzbek home. Squirrel Hill, which plays home to a large population of Russian immigrants, may have made a more natural location for the restaurant, but hard-work and persistency are part of Uzbek culture, and the husband and wife team refused to compromise.

Similarly, Hayrullo and Tahmina refuse to compromise on the authenticity of their menu, offering not two or three traditional dishes but an entire menu full. If anyone doubts Kavsar’s authenticity, consider that when Evgeni Malkin’s parents come to town, they drive up Mt. Washington specifically to visit the restaurant. A regular customer, Geno himself used the restaurant to cater his New Year’s party. It’s truly Halal, which means no pork and no alcohol. Much of the menu is also vegan and vegetarian, making it the perfect spot for the health conscious or those looking for 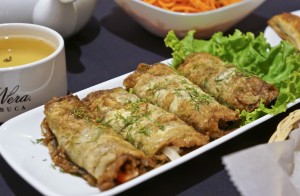 something different than a salad or bowl of quinoa.

To start each meal, Uzbeks traditionally drink black or green tea. Appetizers include lepeshka, a doughy Uzbek bread that gets eaten with the hands ($1.50 for a small), and samsas, similar to the Indian samosa ($2.99 each). Kavsar currently offers three flavors of samsa: potatoes and mushroom, spiced pumpkin, and spiced beef, each one baked into a flaky crust, and each better than the next. Other popular appetizers include strips of flattened eggplant wrapped around tomatoes and onion ($6.49) and a carrot salad with a secret sauce ($7.99).

After the appetizers comes soup—on a cold day, try the hearty beef and rice-filled mustava ($7.99), or the yogurt-based okroshka in the summer ($7.99).

For the main course, Kavsar offers manti, juicy steamed dumplings served with a cool yogurt sauce ($8.99), that come in three varieties: beef, pumpkin, or spinach. They also serve plov, a rice dish similar to pilaf that is traditionally cooked by the man of the house ($9.99), and the eponymous Kavsar, a roasted sausage rolled with whipped eggs and cheese ($15.99).

Of course, no Uzbek meal is complete without baklava ($2.99), and Kavsar offers some of the best in Pittsburgh. The restaurant is open from 11:00 AM to 10:00 PM, Tuesday through Sunday, and takes reservations for both lunch and dinner; find it at 16 Southern Avenue in Pittsburgh. Parking is free at a lot just a block away.