Some of Pittsburgh’s most noteworthy and popular restaurants are coming together with Best Buddies for a not to miss event. The fourth annual Tastebuds Event will feature bites and tastings from thirty chefs across the city, with the help of their Buddies.

This year’s event will be the biggest to date for the organization and will also feature live music, an open bar, a silent auction, and all proceeds will be donated to Best Buddies Pennsylvania’s Friendship programs for people of all ages with intellectual and developmental disabilities. 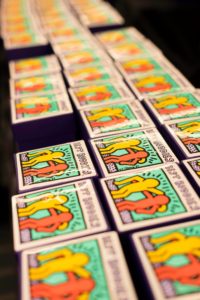 Overall, Tastebuds has raised more than $335,000 and funded more than 20 buddy programs since its inaugural event in 2016.

Being a Hungry Grl in both my brand and IRL, I want to focus on just a few of the outstanding women bringing amazingness to this year’s Tastebuds Event:

Located in The Oaklander, Spirits & Tales is just under a year old under the command of renowned Chef Jessica, whose new role received a large amount of media attention… and for good reason. Jessica brings French classics to the table with an American spin and is constantly working to evolve her work both in the kitchen and out of it; spending time running and with her dog helps to bring her best self to the kitchen.

Even as The Vandal underwent some major internal shifts, including the departure of their head Chef, Becca stepped up and brought her love of homemade pasta and Italian-upbringing to the kitchen at full speed. Chef Becca has brought her A1 pasta game to the menu and has helped the team evolve into dining events outside of their Lawrenceville space, such as a dinner at Goat Rodeo and other curated wine and tasting dinners. Chef Becca has also launched a pasta subscription service, Forma, where    the pasta changes every month.

With a menu focused on seafood and hand-cut steaks, Meghann is a part of Cioppino as the Executive Pastry Chef. Chef Meghann has been with the restaurant since its early formation days and oversees the pastry design and execution at both Cioppino and their fast-casual Italian spot, Osteria 2350. Meghann has played a huge role in the design and formation of both menus and continues to evolve them on a daily basis. When she’s not busy evolving the dessert courses, Meghann finds time for herself outside of her day-to-day by hiking and spending time outdoors.

With over thirty Chefs coming together for this event, there will be no shortness of delicious food and great company. Find the full event details on the official Tastebuds event page and secure your ticket today.