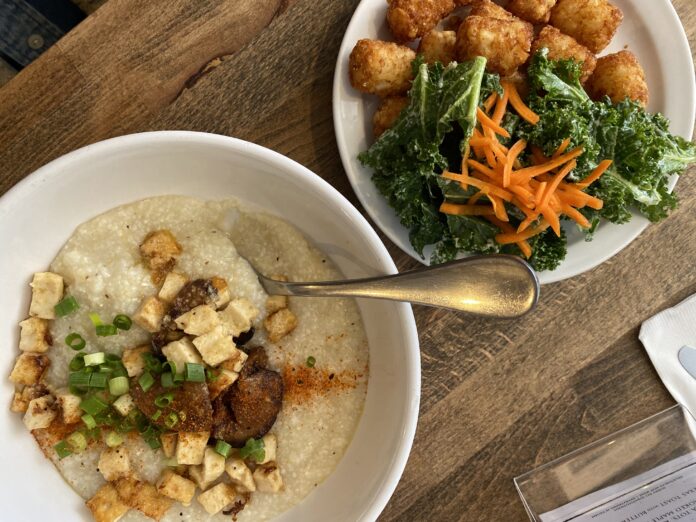 Wake up and put on your best black pants and a fresh coat of eyeliner and prepare for the show. Located across the bridge in Allentown, you’ll find the metal-themed vegan restaurant – Onion Maiden. 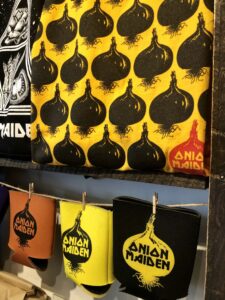 Full of puns and posters of metal gods, Onion Maiden serves up some of the best vegan eats in the city. We got this show on the road and took a look at the special brunch menu that is only available every Saturday from 10am-2pm. The menu had four options that all had a standard price of $12 and are served with “kale ’em all” salad and tots.

It’s an intimate show with limited seating, but the service is fantastic and your wait shouldn’t be long and is definitely worth it. As I was checking out the metal posters and faux crow candlesticks the aroma of waffles and tots swept under my nose.

After some careful consideration,  we put in an order for the gluten-free Fritatta Arctica otherwise known as  “free the tatas” frittata, and the also gluten-free FaceDownInGrits. 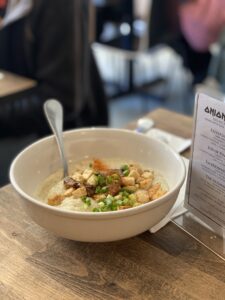 Since everything at Onion Maiden is vegan,  a lot of their menu items take a very creative turn. Chickpeas are used for the heart and soul “egg” part of the frittata. Sundried tomatoes, potato basil and caramelized onions are added to this delicious egg substitute and topped with a cashew cheddar sauce that really added some extra flavor.  The tots on the side were the perfect level of crispy. Honestly tots that Napoleon Dynamite would brag about. 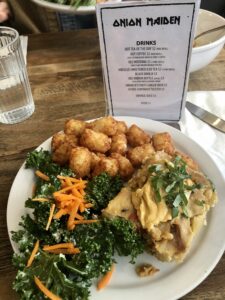 The creamy grits were composed of seasoned tofu, smoked maple shitake, ginger pesto, scallion, and togarashi in one hearty bowl.  Another vegan creation packed with a burst of flavor in each bite.

No matter how full you might be after brunch, lunch or dinner – you can’t leave Onion Maiden without at least sharing a donut. (Although after one bite of these bad boys you won’t want to share.) I selected the Abuelita – the chocolate cinnamon donut that contains gluten, soy, and coconut. It was the standout among the fluffy metal angels I drooled overlooking through the glass.

As we packed a couple of donuts to go, we decided we were just too curious to leave without sampling the carrot lox. It had a tangy taste that was the perfect substitute to lox. Another fantastically creative vegan alternative. 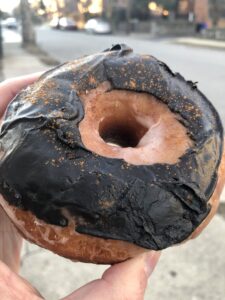 For those looking for a great vegan restaurant in Pittsburgh or just a great restaurant in general, I give Onion Maiden a standing ovation.