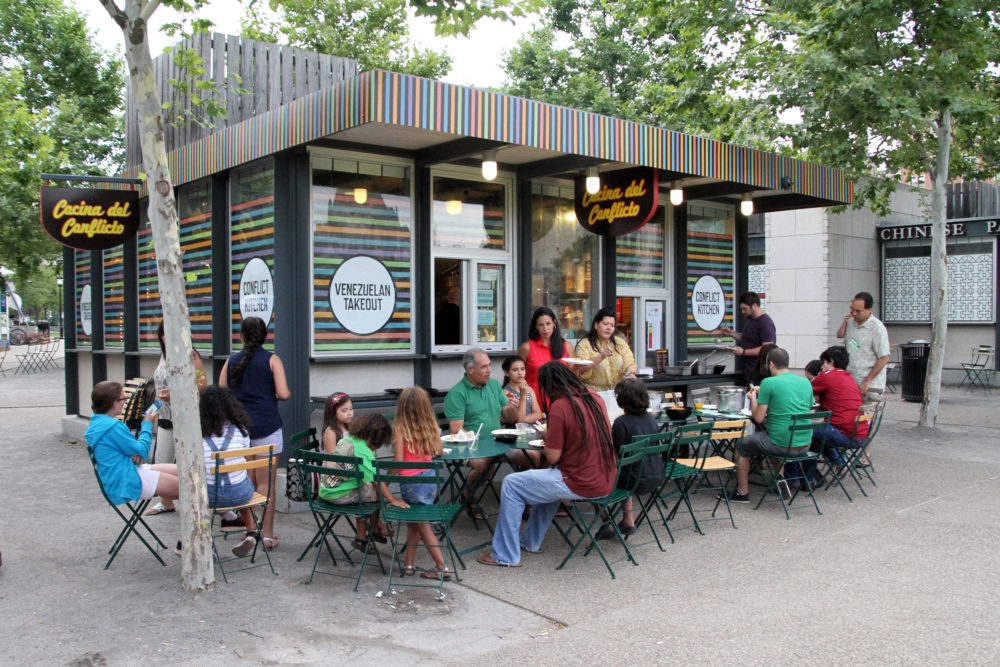 Oakland’s Conflict Kitchen opened in 2010 featuring Iranian food and has gone on to feature 7 different regions in conflict will close in May. The take-out eatery offers Pittsburgh’s only Iranian, Afghan, Venezuelan, North Korean, Haudenosaunee and Palestinian menus.

According to Conflict Kitchen’s Facebook page, the choice to close its doors is a result from Carnegie Mellon University pulling their administrative support.

“After seven years, Conflict Kitchen is entering a new phase in the life of the project. We are closing the Schenley Plaza restaurant location, and our last day of operations will be May 31, 2017. The project is currently connected to a research center at Carnegie Mellon University and is funded almost entirely by our customers, in addition to a few generous foundations. Moving forward, Carnegie Mellon University will no longer provide administrative support for the restaurant, though it will continue to maintain administrative assistance for our creative and programmatic activities. 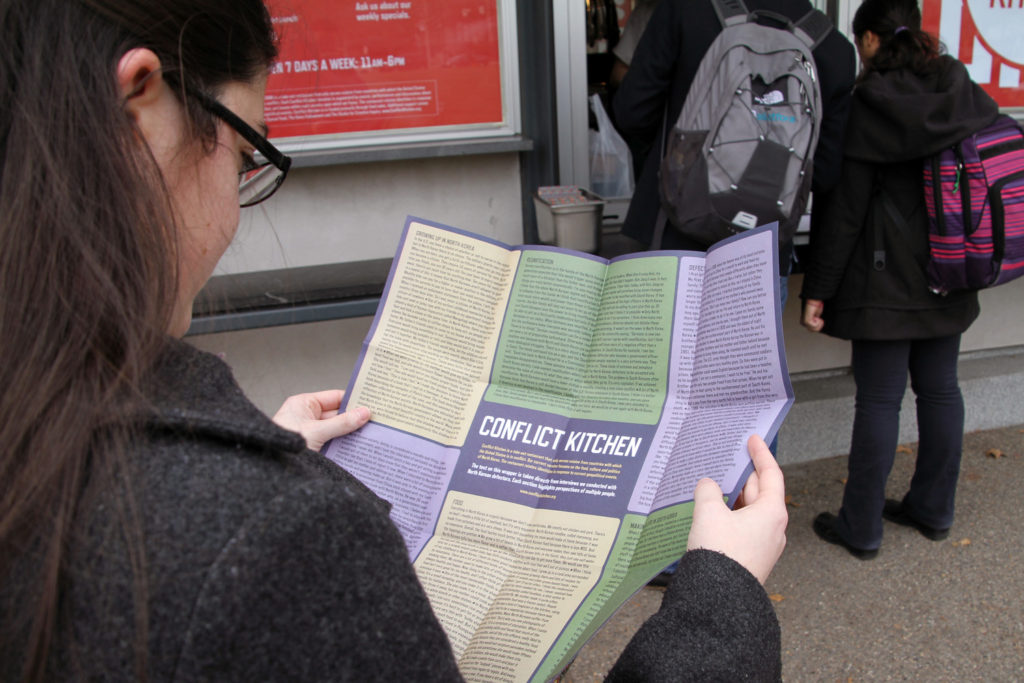 Conflict Kitchen provides a forum for critical dialogue, challenging xenophobia by supporting voices less heard and cultures less considered in the United States. We develop spaces for empathy and action that build a greater sense of curiosity and understanding in American life.”

Their goal was always to educate customers on information beyond the partisan views of media outlets and political agendas. Each new region is augmented by events, performances, publications, and discussions in hopes to engage the public with the diverse issues at stake.

The Hau-den-o-saw-nee Confederacy, meaning the people of the long house, is a Native American Reserve in upstate New York made up of six Indigenous nations; the Mohawk, Oneida, Onondaga, Cayuga, Seneca, and Tuscarora Nations.

Their original territory covered most of Western Pa, upstate NY, Ontario, and Quebec… now they have not even a quarter of that.

Whenever Conflict Kitchen features a new region, co-directors Jon Rubin and Dawn Weleski, along with Culinary Director Robert Sayre, want it to be as real as possible. They travel to the region and spend time cooking and learning from the people. They interview locals, and put their powerful interviews on the food wrappers. On these wrappers, customers can learn all about the culture itself along with more on the conflict at hand. 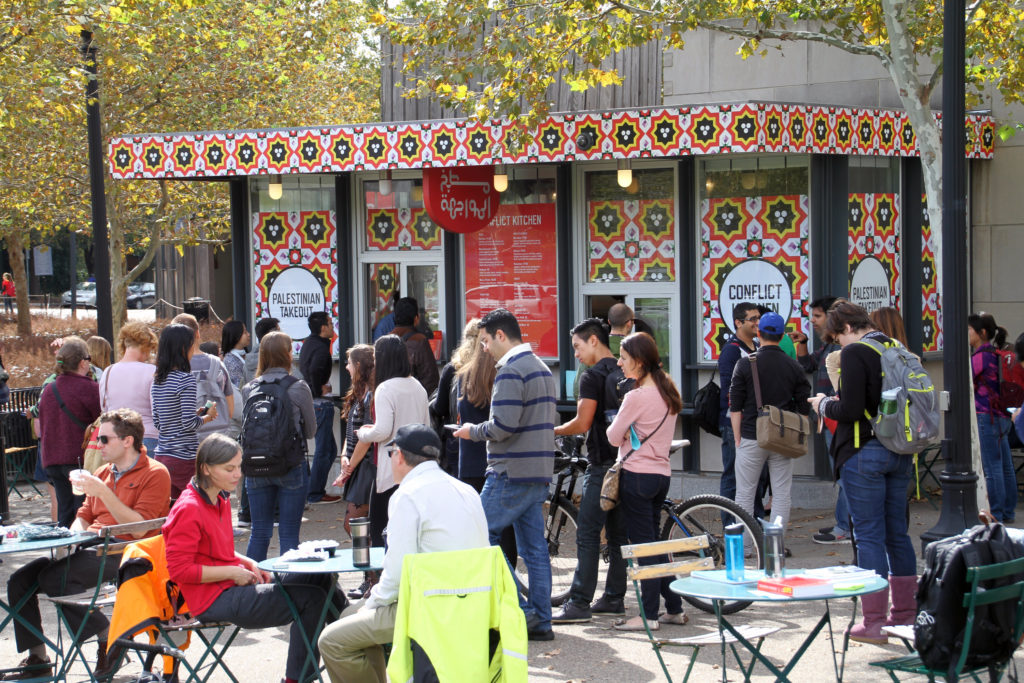 “Traditionally, no one owned the land. It was shared between all Indigenous people. Once the colonists came and started scarfing up the land, we were put on these reserves. The Two Row Wampum, a 1613 treaty brokered by the Haudenosaunee and Dutch, declared that our two nations would continue to exist together, side-by-side, and that we would not interfere with each other’s way of life. Today, every treaty brokered between the Haudenosaunee and the United States has been broken by the U.S. The reserves are the tiny bits of land that each nation has been able to hold onto.”

And that’s why Conflict Kitchen is much more than food. They serve up a whooping dose of open-mindedness, education, and deliciousness all in one experience. It’s unfortunate that such a poignant restaurant is shuttering, but the ownership is determined to keep fighting the good fight.

Although we will no longer be based in Schenley Plaza, Conflict Kitchen will continue to expand our educational initiatives throughout the Greater Pittsburgh region with the production of curriculum, performances, public events and publications with cultural institutions, community organizations and schools.

Looking towards the future, we are seeking new partnerships and support to develop a more impactful and sustainable model. We see this transition as an opportunity, a chance to extend the reach of Conflict Kitchen both locally and nationally.”

There has been an outpouring of support for the restaurant, and talks of a crowdfunding effort to keep the doors open, but only time will tell.