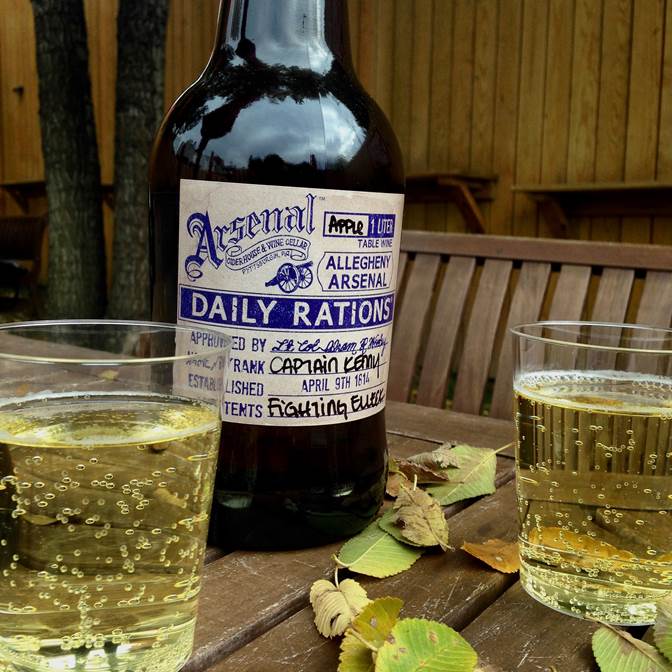 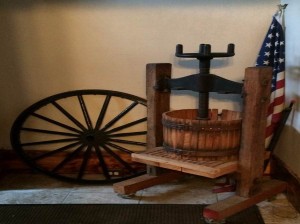 Arsenal Cider House. You wouldn’t know it was there unless you knew to look for it. That’s because Pittsburgh’s favorite purveyor of alcoholic apple juice is located on the main floor of the house owned by its founders, Bill and Michelle Larkin.

“The tasting room used to be our living room, dining room, kitchen, and game room until the cider took over,” says co-owner Michelle Larkin. “We make everything down in the basement, which is about the size of the two rooms that you taste in.”

Bill started brewing cider as hobby, but turned his interest into a profession once he saw how many people wanted to buy his product. After spending a year bringing the house up to code, obtaining a Limited Winery License, and getting the approval of their neighbors, Bill and Michelle opened Arsenal Cider in June of 2010.

For the past five years, Arsenal has served alcoholic cider and mead, a honey wine, that they make from a variety of ingredients, many of them locally sourced. Their staples take on the names of military terms or locals who fought in the Civil War, an homage to the historic (and now inactive) Civil War arsenal located across the street.

Archibald’s Ado, for instance, is named for Archibald Hamilton Rowand Jr., the son of a bookbinder from what is now the North Side and a Union spy, while Fighting Elleck is named after Alexander Hays, a Union Army general who was killed in the Battle of the Wilderness and buried in Allegheny Cemetery.

The cider—which Arsenal dispenses in cups or growlers called “Daily Rations”— presents a lighter, sweeter alternative to beer or cocktails, though it’s no less alcoholic: most varieties come in at around a formidable 8 percent alcohol by volume. Because it’s naturally gluten-free, it also makes a great drink for those with Celiac disease or gluten intolerances.

In fact, Bill even makes a special “hopped” cider for those unable to consume gluten, to give them the taste of hops. In the past, their India Pale Cider—a play on the India Pale Ale beer style—has used Citra and Hollartau hops, though Bill is currently working on a new version.

This summer, when Arsenal celebrated their five-year anniversary, they announced a partnership with Soergel Orchards in Wexford that put a second location right on the orchard property. Thanks to the cooperation of their neighbors, they also opened a cider garden in their backyard. Additionally, Bill and Michelle purchased a building out in Penn Hills to use as a production facility for both of their locations.