Anyone spending time in Pittsburgh’s east end Squirrel Hill neighborhood knows that in addition to being home to the largest concentrations of Pittsburgh Jewish families, it is also a lively Asian restaurant corridor. From where Murray Avenue meets Forbes, down to Forward Avenue and across to Shady Avenue, this L-shaped corridor boasts thirty-one restaurants, more than twenty of which are of Asian influence. From Chinese to Thai to Taiwanese to Vietnamese to Turkish to Japanese to Indian, diners looking for a particular Asian dish won’t have to leave this neighborhood. 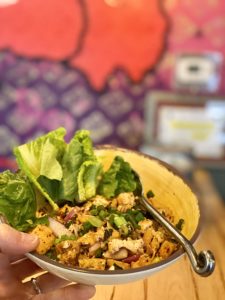 Adding to the area’s richness, a new Southeast Asian cuisine has arrived on the scene. Squirrel Hill is the first Pittsburgh neighborhood to step into the Lao food movement. KIIN, a Lao & Thai Eatery had its soft opening November 8; the new concept replacing the long-time Thai restaurant, Bangkok Balcony, a Squirrel Hill landmark since 2001. KIIN will still offer Bangkok Balcony’s regular customers some of their favorites, while encouraging them to explore the new Lao menu, a dynamic cuisine of Thailand’s landlocked neighbor to the east.

KIIN is the brainchild of one of the owners, Norraset (Nor) Nareedokmai, and his wife Rujira, who fell in love with Lao food on their last trip to Southeast Asia. Entering Laos, Nor was struck realizing the overlap between Laos and Thai’s Isan-style food, which has its roots in Laos. The couple, both born in Thailand, began to conceptualize how Thailand could share a food border with Laos in a way that would popularize Isan food and give respect to its Lao origins. Hence, they came up with the name KIIN, which carries the idea of “eat together” in both languages. 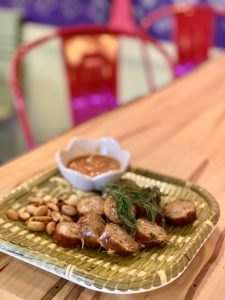 Luang-Prabang, the Chiang Mai of Laos, captivated their interest. The simple style of the restaurants gave eaters a sense of the natural surroundings beyond a restaurant’s walls. Not plated like western dishes, Lao dishes arrived on pastel plastic plates and were always accompanied by fresh vegetables, sauces, grilled meats, and sticky rice, a finger food used to pick up the meat and vegetables.  While there in the capital of Vientiane, the Nareedokmais made vital connections with local Lao restaurants before returning to Pittsburgh.

Upon their return, Nor reached out for a Lao chef to advise them in the United States. That was when they found Chef Seng of D.C., the founder of the Lao food movement in the U.S. – #LaoFoodMovement. Chef Seng is the owner of the well-received Lao establishment, Thip Khoaw in the D.C. belt area. Her mission is to popularize Lao food in America and she was very happy to help. She began to visit Pittsburgh over several months, advising Nor on the menu development for KIIN’s Lao menu. 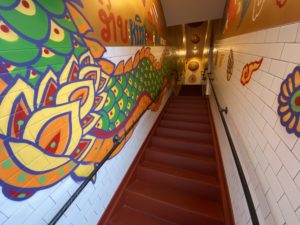 While in Lao, the couple decided to bring key elements back from the country to incorporate into the re-design of the restaurant. To give an authentic and youthful feel to the ambiance, a American-Lao graffiti artist was commissioned to do his thing, Hennley Bounkhong, of Rockville, MD. In addition to what was carried back from Laos, a gallery of photos were taken in Laos by Nor’s oldest son, Nolen, a student at Pratt Institute in Brooklyn, N.Y., studying for his BFA in photography.

When asked about the pairing of a Lao and Thai menus, Nor, on the board of Uncover Squirrel Hill said, “The Squirrel Hill community is a destination for diners to experience culture through food. We hope KIIN inspires people to discover Lao food and see how Lao and Thai food, while unique, share a common thread.” 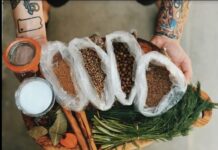 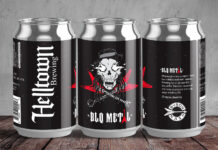 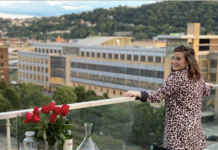 or, The Whale partially reopens with a series of 8 Rooftop collaboration dinners starting September 18th

From Italy To The ‘Burgh: How Tavolo Pazzo Has Continued Its Imported Journey During COVID-19

Chefs turn pandemic hobby into a business, and it’s kind of...