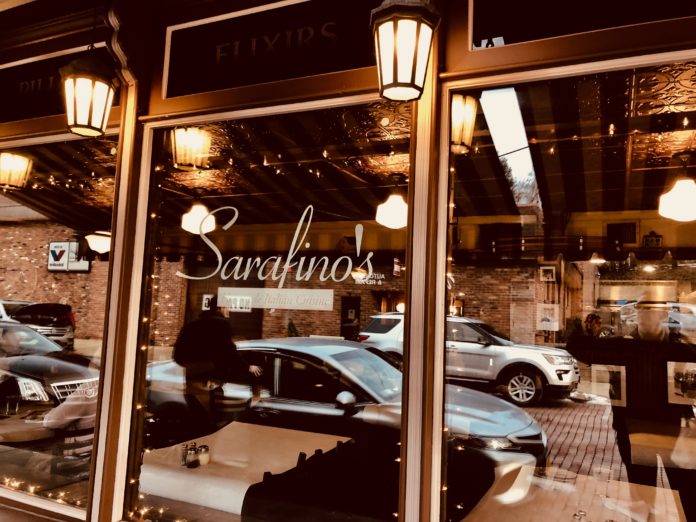 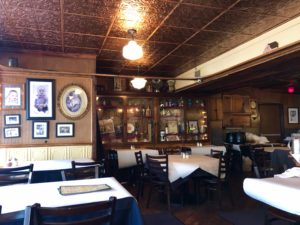 With the Pittsburgh restaurant landscape changing in the last 5-10 years from family owned and operated to a more chef-inspired scene, the number of the neighborhood places seems to have dwindled. These establishments, many serving Italian fare, are becoming harder to find. Closed in recent years are, Minutello’s (Shadyside), Davio Restaurant (Beechview), Tambellini’s (Bridgeville), Papa J’s (burned down), Abruzzi’s (Southside), just to name a few. These were more than just places to dine, they were where families came together. Abruzzi’s is where I had a first date, rehearsal dinner, two christenings and dinner almost every Friday night. It was more than a restaurant, it was like family. They served you as if you were in their dining room at home and the dishes would be described as “made from old family recipes”. The servings were hardy and you always brought home leftovers. These establishments still exist, just fewer and fewer. 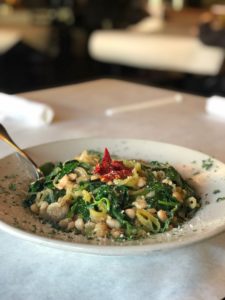 As a regular at Matteo’s in Lawrenceville, Chef Matt Cavanaugh introduced me to various menu items inspired by his time as a chef at Sarafino’s.  Borrowed from his previous employer, with his own magical touches I fell in love with greens and beans.  Closed now, a causality of too much competition, rising costs and shortage of workers; Matt often mentioned how I needed to add Sarafino’s to my list. It wasn’t the first time I was told this but for various reasons I never made it; fear of crossing the river, I guess. 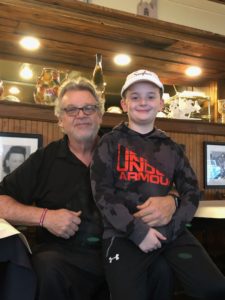 This past Monday is when I finally made it there, and I wasn’t disappointed. Situated on a side street in Crafton for over 18 years in an old pharmacy sits Sarafino’s Restaurant. Dark wood, tight seating, family photos and an open kitchen makes you feel at home. I was greeted by Joe Caliguire, the owner, head chef, and his heir apparent to the dynasty, Joe Jr (9). Joe Jr immediately took over the tour filling me in on the family history hanging on the wall, his dad’s time playing football at Temple, and his current 3rd-grade soccer career.
Prior to opening Sarafino’s, Joe grew up around the family pizza shop and later owned La Pizza Del Pazzo in the Strip, serving slices late into the night. His love of the food industry is apparent as his level of enthusiasm grew as we spoke about dishes. Then the food came, large portions with entrees large enough to serve family style. If you mention Sarafino’s to anyone, even if they haven’t been there, they have heard of his greens and beans. Served in many restaurants as a side dish, his version is more of a meal. Spinach, onions, banana peppers and Italian sausage combine to fill this dish with flavorful love. His gnocchi is made in house, and smothered in his family’s bolognese sauce (gravy), topped with perfectly cooked meatballs, blend of pork, and beef. The menu is extensive, but all recognizable favorites, we ended the meal with pizza, he grew up around it so I figured I couldn’t go wrong and it was perfect. 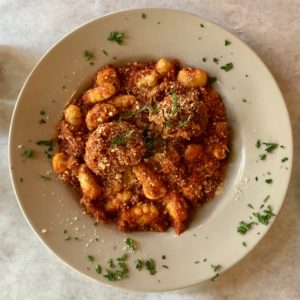 I imagine walking in on a Friday night (they do not take reservations) and seeing a room packed with neighborhood families and regulars. I look forward to making this a regular stop with the family. As advertised on its sign it truly is “Homestyle Italian Cuisine”. 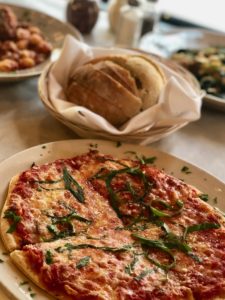 LOCAL has not be compensated in any way or by any organization for promoting this event or these establishments.