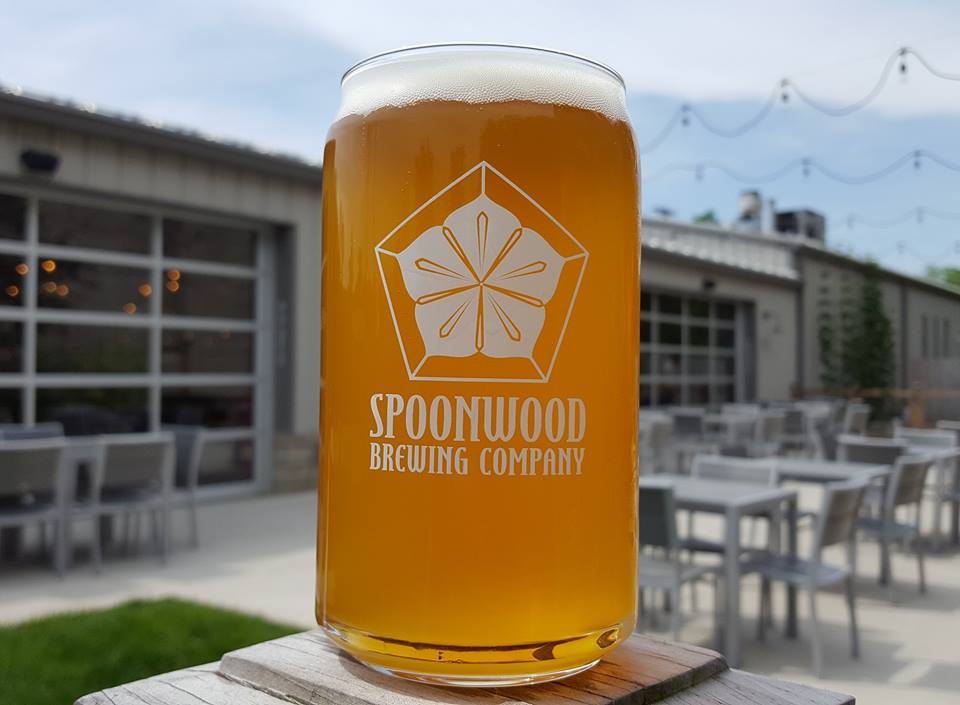 Sessionable is an up-close look at breweries and other libations destinations throughout the Pittsburgh region.

Quick…do this now! Clench your hand into a fist, then pump it real hard and scream “YES!” Did everyone in the room look at you cock-eyed? Don’t worry…you’re not the weirdo here. You just expressed your excitement for the simple fact that Pittsburgh has so many cool breweries to visit, each one of them guaranteed to deliver you something new, unique, and memorable, you just couldn’t contain yourself.

In a time where big beer manufacturers are producing as much drama as they are fizzy suds, Pittsburgh shines with several homegrown brewery options that present an opportunity to consume delicious liquid straight from the source. In addition, several offer a culinary experience to complement your favorite beverage with cuisine prepared in-house or in partnership with Pittsburgh’s incredible fleet of food trucks. And now, with law changes in PA allowing breweries to also carry spirits and other adult beverages including wine and mead, local breweries are now on par with your friendly, neighborhood bar. 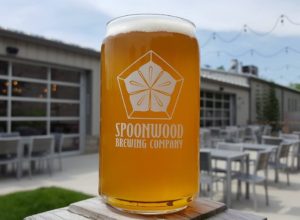 Our first stop in the Sessionable series is Spoonwood Brewing Company. Located in Bethel Park, Spoonwood first opened its doors on January 31st, 2015 and has been keeping the region well-imbibed ever since. Their spacious taproom features communal seating, a U-shaped bar, barrels with tabletops as you enter the establishment, and an outdoor patio and lawn absolutely perfect for pint consumption under the sun. They brew on a 15-bbl brewing system that allows them to produce beer that pours anywhere from 10-12 different beers in-house at any given time plus distribute to nearly 100 beer destinations throughout the city. Formerly on its land sat Duke’s Station and, even further back in the history books, the Montour Railroad.

At Spoonwood, your experience will be the perfect blend of beer, ambiance, and food. Their team of culinary professionals have designed an elevated, yet approachable menu that contains items ranging from cheese and charcuterie platters, burgers and pulled pork sandwiches, wings, salads, soups and rotating daily and weekly specials consisting of fresh fish and other seasonal favorites. Spoonwood also boasts a wood-fire oven that produces many varieties of pizza on a daily basis, from the simple Margarita or Bianca offering to the more diverse and mouth-watering Rolls Royce made with prosciutto, arugula, heirloom cherry tomatoes, house-made mozzarella, smoked provolone, and shaved parmesan. 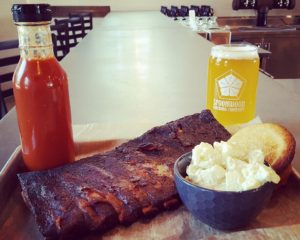 Just recently, Spoonwood’s menu received an added flair with the addition of smoked meats courtesy of their freshly-acquired smoker. The inaugural smoker menu contains pulled pork shoulder, texas hot links, ale-brined half chickens, St. Louis ribs, and sliced beef brisket served with sides and cornbread. Other meats on Spoonwood’s menu will also receive the smoker treatment, including the chicken wings. In fact, this just in: Spoonwood has an all-day smoke blowout scheduled for Saturday, June 3rd starting at 11:30am featuring small samples from the new smoker menu, live music, free kids meals until 4:00pm, and Dirty Dog Cigars in the house selling stogies from 6-10pm.

Head Brewer and Co-Owner Steve Ilnicki and Assistant Brewer James Evans make the kind of beer they enjoy consuming themselves, utilizing traditional styles and ingredients. According to Steve, his favorite aspect is seeing what can happen when beer’s four core ingredients of malt, hops, yeast, and water all come together. However, the artistic concepts implemented within the Spoonwood brewhouse don’t always fit the standard beer style “guidelines,” but the end result is, quite simply, drinkable and quality craft beer each and every time.

Outside of a diverse beer portfolio, extensive food menu, and welcoming atmosphere, Spoonwood offers several reasons to venture to the South Hills for a visit. They feature local musical acts on Thursdays that perform on the patio’s built-in stage and host fun events for adults and kids alike, such as a live turtle exhibit in partnership with the Turtle Survival Alliance and an observation beehive courtesy of Bedillion Honey Farms during this past April’s Pittsburgh Craft Beer Week. Spoonwood also hosts events with the community in mind, raising funds for local fire departments through their Hops For Heroes program and donating portions of proceeds from cornhole tournaments to charities of the winners’ choosing.

Spoonwood is family-friendly and hosts Happy Hour Tuesday-Friday from 4-6:30pm and on Sundays from 1-5pm. During this time, you can enjoy the 412 Happy Hour Special: $4 drafts, $1 off Wine, Cider, and Mead, and $2 off Pizzas and Shareables. They also host a superb Brunch every Sunday from 10:30am to 1:00pm. Check out the menu and make a reservation here.

The stage is set for your Spoonwood experience. Great beer, great food, great people, great times. No matter what tops your list, chances are excellent you’ll find it at Spoonwood Brewing Company.