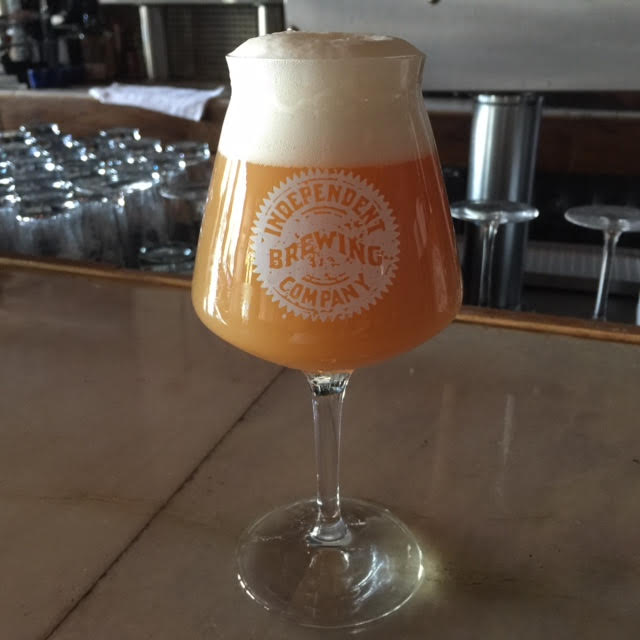 Sessionable is an up-close look at libations destinations throughout the Pittsburgh region. Discover where to go and what to expect as you explore our city’s incredible adult beverage scene.

For as long as there has been beer, there has been discussion on where to drink it. The earliest days of America saw our forefathers gathering at taverns and public houses to hammer out the ideals that shaped the direction of our nation…all while consuming copious amounts of beer and other various adult beverages. As time wore on, ‘pubs’ became the most popular buildings on any settlement across the colonies. Fast forward a couple hundred years to when Prohibition hit: citizens secretly flocked to speakeasies to imbibe, proving no piece of legislature was big enough to keep us from unwinding with a cocktail after a long, hard day of work.

Today, finding a place to drink is never an issue. Especially in Pittsburgh. In fact, our fair city ranks near the top of the list for most bars per capita in the country. Numbers don’t lie: we love our libations and they love us back.

Now, the issue isn’t so much about where to grab an adult beverage, but what sort of experience will accompany it. Ambiance, friendliness and knowledge of the staff, food offerings, clean bathrooms…these items and more run parallel with what’s being poured into the glass. And, with social media and services like Yelp just a few smartphone swipes away, the challenge to deliver the most memorable experiences is met with increased scrutiny. 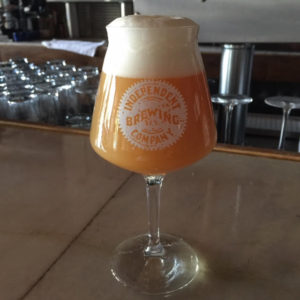 When it comes to craft beer, no one can deny how far Pittsburgh has come. Of the 5,300+ breweries now operating in the United States, our region is home to over 50 of them. And while many bars have began putting local beers on tap, no one has done more to express their love of local liquid than The Independent Brewing Company in Squirrel Hill.

Established in 2014, The Independent looked no further than what was happening within a 100 mile radius of their quaint establishment on the corner of Shady and Forbes when it came to beer. They curate their tap lineup with a simple philosophy: Local beer is fresh beer. Fresh beer is good beer.  Said philosophy spills over to their cocktail menu and entrees as well, with spirits and food sourced from the best our region has to offer.

When The Independent first opened its doors, the amount of local beer they have at their disposal today was nowhere near as abundant. According to Independent co-owner Pete Kurzweg, this made life easy and challenging at the same time when it came to building a locally-centric tap rotation.

“In a way it was easier and in a way it was harder,” Pete explained. “I didn’t have to do much thinking back in the early days because we took what we got. We were fortunate in the first five months we were open, Brew Gentlemen, Grist House, and Hitchhiker were part of that early 2014 wave of breweries that opened. We were quickly able to expand how we sourced beers and that benefited the customer greatly. Our goal is to put together the best 14 beers that are ever available at any given time and that can be challenging with so much beer to choose from.”

Despite having “Brewing Company” baked into their moniker, The Independent doesn’t officially brew beer. The name was derived from a cartel of local brewers that made their home in Pittsburgh in the years prior to Prohibition. This group was created to represent the interests of small, local brewers in the Pittsburgh region. Much like the beer wars still being fought today, the first inception of The Independent Brewing Company’s idea was to band the small breweries together to compete against the national brewing companies. And much like the original Independent Brewing Company, today’s concept is to show the world that Pittsburgh is and forever will be a city known for good beer, good food, and good people.

The Independent’s has long been known as an establishment where you can drink beer on a bar stool next to the person who made it. And there’s no question this could happen on any given evening. But should you find yourself bellied up to the bar sans brewer to your left or right, the experience you leave with won’t be lessened. The beer menu is well thought-out and, as you’ve already learned, local-centric (the one exception is an offering from Conshohocken Brewing outside Philly as their owner went to college with Pete). The cocktail menu is comprised of creative drinks featuring locally-distilled whiskey, rums, and vodka. All the music cascading through The Independent resonates from a super-impressive collection of vinyl records. There are no televisions, forcing you to…wait for it…have a real live conversation with your friends and loved ones. The staff is friendly and knowledgeable, always willing and able to provide background on the beers and make suggestions to help you get started. And from the top of the menu to the bottom, the food that leaves the kitchen will make your mouth water.

With the rapid growth of our local beer scene, it’s great to stumble upon an establishment committed to showcasing how great things have become. If you’re on a mission to taste a variety of beers born in your own backyard, The Independent is one of the premier places in Pittsburgh to make that happen.

The success of The Independent has also led to the opening of Hidden Harbor, a tiki bar located right next door. But…that’s a story for another session…