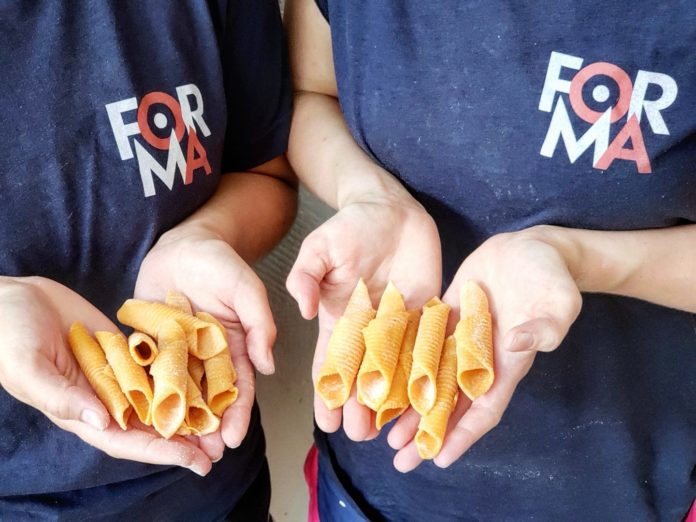 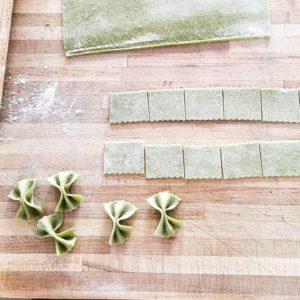 When Becca Romagnoli’s Italian grandparents hosted holiday parties, they invited the entire family into their tiny, basement kitchen to make spaghetti and meatballs.

“It’s this very visceral memory that I have,” Romagnoli says. “Grandma would pull me right up to the stove and I would cook right next to her. She always said I was going to be a chef.”

These days, the New Stanton native helms the kitchen at The Vandal in Lawrenceville. On Mondays, she retreats to the restaurant’s basement to make fresh noodles and reconnect with her past. 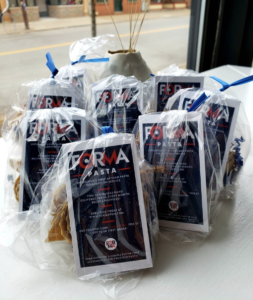 That’s how Forma Pasta, a monthly subscription service, was born. She was inspired to do for pasta what Chef Justin Severino and Salty Pork Bits did for charcuterie.

Together with her boyfriend and business partner Cole McLaughlin, Romagnoli supplies folks within a 50-mile radius of Pittsburgh with homemade pasta. More than 80 customers have boxes delivered or pick them up The Vandal.

This isn’t your run-of-the-mill linguine. Each package contains a stuffed pasta, such as ravioli or tortellini, and a shaped noodle (“forma” means “shape” in Italian). A recipe also is included. The ingredients change every month based on seasonal availability.

In November, customers will enjoy fluted peppercorn pappardelle and spinach and artichoke doppio raviolo … hearty meals that warm the body and soul.

“It’s sort of like taking that family tradition of homemade spaghetti-and-meatballs and adding a modern new twist to it,” Romagnoli says. 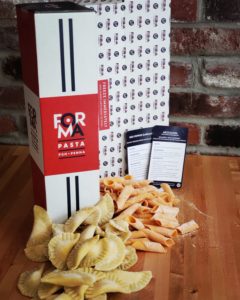 Prices range from $22.95 a month to $60 a month for a three-month supply. There is a nominal delivery fee for those who cannot pick up their pasta at the Butler Street site. McLaughlin spends about eight hours each month making the rounds to local households.

In the near future, the couple hopes to sell their products in area grocery stores and restaurants and open their own storefront. Romagnoli wants to sell jarred sauces and an array of pastas by the pound and give people a place to sit and eat.

She envisions a space much like flour + water, a San Francisco restaurant that specializes in house-made pasta, but she loves giving people the option of making dinner a family affair.

“A lot of people are getting this pasta, picking up a bottle of wine and creating an evening around it,” she says. “It’s like having a gourmet restaurant meal in your own home at a reasonable price.”