When it becomes winter in the city of Pittsburgh, sometimes it doesn’t feel like you’re walking in a winter wonderland. The grey skies can make it feel like no amount of coffee, no matter how large the cup, is sufficient enough to wake you up. Plus, between the rain and snow alternating most days, who knows what type of weather you’ll be hit with when?

However, there is one thing I do know: the sun can always be found in The Sunshine State. Which is why when Hopper alerted me that flights to Miami from the 412 were just about $100, I packed my suitcase, called a friend, bought some sunscreen, and took off in hopes of Cuban coffee and the sand under my feet.

To preface, I had never been to Miami before this trip. However, with a newly single woman mindset and a few checks from some new business ventures in my bank account, I figured there was no time like the present to experience all Miami had to offer me. Plus, I’m called Hungry Grl BIG City for a reason. In reality, this was a trip as much about business as it was about pleasure. 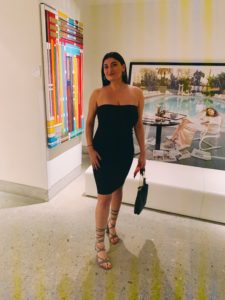 Besides arriving in Miami during the tail end of Art Basel on a Saturday night, my friend Tori and I knew one thing: we had to experience the infamous club scene for just one night. From a long list of promoters and venues promising music artists from all genres, we were recommended a contact from a mutual friend. Before we even boarded our flight out of Pittsburgh, we had our Saturday night planned out for us.

After an interesting nightlife scene and being told Kanye West was going to be at the club we ended up at, we settled on 3 a.m. falafel and went to bed with hopes of seeing Miami in the bright daylight. With the mutual need for coffee, we walked around South Beach and found, surprisingly, a moderately priced iced latté not too far from where we were staying. After some time at the beach, though it was a little colder than expected, we headed off to one of the food spots suggested to me on the internet called Yardbird, where we were met with creamy mac and cheese, large salads, and decent biscuits.

One of the best things about going to a city where you know the locals (or have a friend that recently moved there): they can point you to the best spots to eat at. I met one of my childhood friends who was recently relocated to Miami at a restaurant called A Fish Called Avalon in the heart of South Beach. With a front patio and a sole-musician providing a wide range of live music, we caught up and discussed all things Miami and work over impeccably grilled octopus, flavorful bang bang shrimp, and umami-filled sliced ahi tuna. Of course, we had wine in hand.

After a nightcap at a trendy bar where I unknowingly ordered a drink that resembled a hot tub (trying too hard to be trendy in my opinion), Tori and I were in bed by 11:30 (happily) ready to dive into some morning work and then spend the day on the beach (when you have the blessing of working remotely, sometimes that means sitting in on work calls over breakfast in Miami). 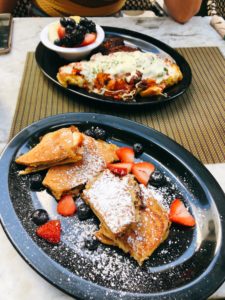 On Monday, that’s exactly what we did. After squaring away the biz, we found ourselves in what resembled a tropical rainforest cafe called Mas Cuba and fueled up on Cuban coffee (which is meant to be very sweet and STRONG) and guava and cream cheese-stuffed french toast. Being foodies, we had to balance out the sweet with something savory, so we dove into a Cuban omelet, equipped with fluffy eggs, a lot of cheese, and chorizo, with a side of plantains. When I pictured my time in Miami, that was exactly how I envisioned myself. 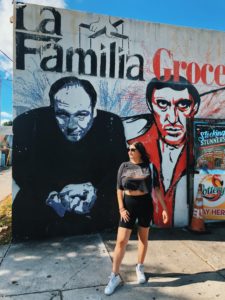 From breakfast, we went off to Wynwood, an area of Miami known for its art and specifically, its park of street art and its Art District as a whole. I am a fan of street art and seeing the different colors and techniques used, plus the park has galleries of the art intangible, hanging pieces which added a really elevated element to the experience. I also spotted a portrait of James Gandolfini as Tony Soprano a little ways away from the main park, which I had to get a picture in front of because #JerseyPride.

After venturing from the beach from there and running into a previous business contact from NYC on the literal beach (this world is truly too small), we went to a well-known rooftop for sushi and views. Unfortunately, the sun sets just as early in Miami as it does in Pittsburgh, so we missed the sunset. However, the fresh Spicy Tuna roll made up for that, as well as the Sherry-glazed brussel sprouts and grilled shrimp we split. 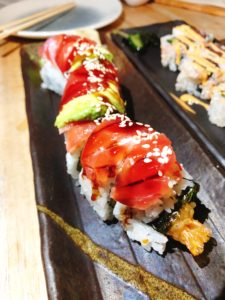 From there, we went to a taco spot with a “speakeasy” that a lot of people recommended to me, however the speakeasy wasn’t so secretive and it was a lot lamer than we had imagined. We decided we had graced Miami enough with our presence and headed back to the hotel to pack for our flight the next day.

Miami was exactly what I expected it to be but also nothing like I expected at the same time. The next time I head there (working on speaking things into existence these days) I will most likely not be staying in South Beach (loved the access to the beach, but there was an air of touristy that I couldn’t quite shake) and will want to be there for more of a long weekend scenario. However, I achieved eating all of the fresh fish and getting my Cuban coffee, plus a “fresh from the beach” glow that I like to think hasn’t faded yet. 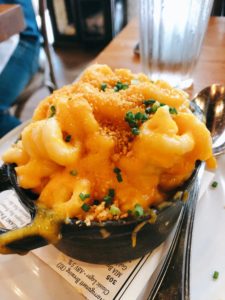 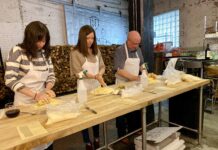 Play With Your Food And Eat It, Too, At Cenacolo

From Italy To The ‘Burgh: How Tavolo Pazzo Has Continued Its Imported Journey During COVID-19 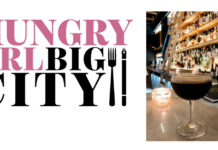