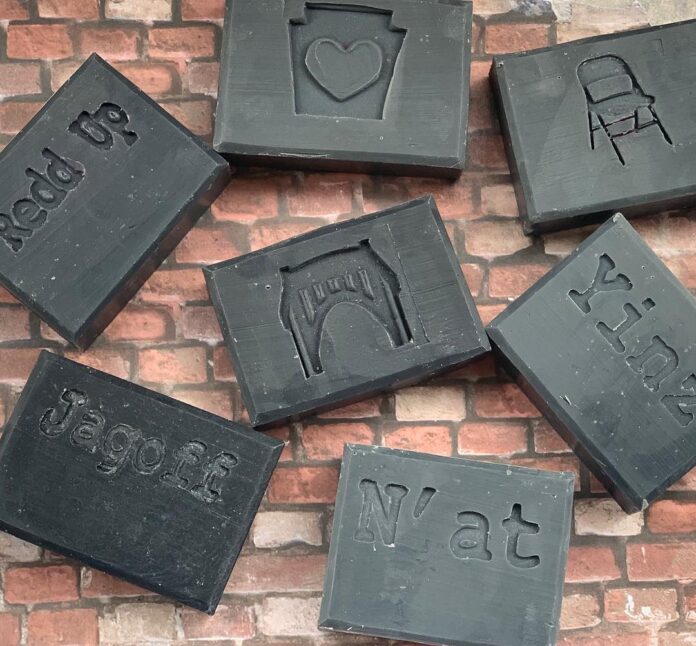 It’s been a messy year, but Hip Modern Soap Co. is cleaning up. Sales have quadrupled since the start of the pandemic. 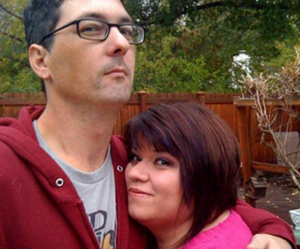 “People are more concerned with self-care and doing small, affordable things for themselves that feel like luxuries,” co-owner Carrie Robertson says. “Anybody can scrounge up a few bucks for a nice bar of soap.”

Robertson and her husband, John Elliff, launched the business in 2014 after whipping up a batch of soap in their Wilkinsburg basement. Store-bought cleansers, which are packed with preservatives and chemical hardeners, irritated their sensitive skin.

Hip Modern Soap Co.’s vegan-friendly products, which also include bath salts, shower steamers, body lotions and sugar scrubs, are made by delicately combining vegetable oils, non-toxic colorants and FDA-approved fragrances with an alkali solution, such as lye, which disappears when the soap is done curing.

Plus, their designs are a lot more fun than a boring, white rectangle.

The couple has turned bath bomb-making into an art form. Using a 3D printer, they can create pretty much any idea that pops into their heads. 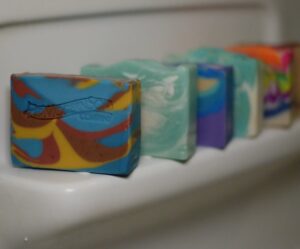 Social media influencers are bubbling over the company’s designs, such as the fiery Dumpster emblazed with the year 2020. The Discovery Channel added the Shark Attack bomb, which turns bath water blue with a streak of red, in their 30th Anniversary Shark Week press kit.

Recently, singer Kacey Musgraves ordered 2,500 shooting star-shaped beauties. The “Lonely Weekend” bombs, which dissolve into a rainbow of colors, are sold on the Nashville songstress’s website and were featured in July’s edition of Allure magazine. 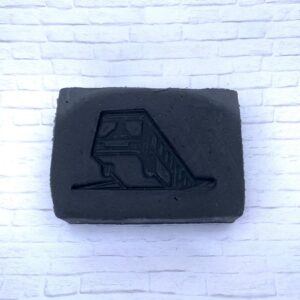 Hip Modern Soap Co. products can be found on store shelves across the country, including at local shops such as Wildcard and love, Pittsburgh, where Robertson and Elliff will be stationed on Oct. 3 for a pop-up event.

They might open their own brick-and-mortar spot one day, but, with online orders pouring in, they’re not getting into a lather over it.