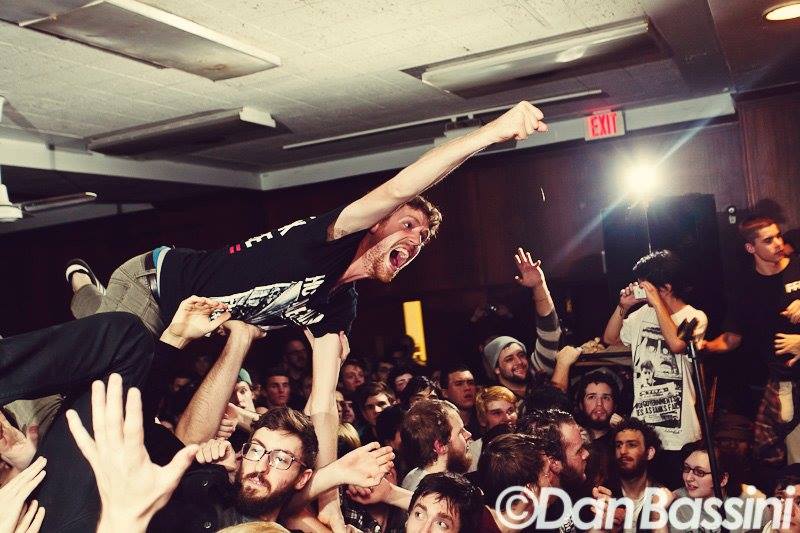 Broken World Fest returns April 15th and 16th for its second annual festival, relocating from last year’s location in North Haven, Connecticut to Pittsburgh, Pennsylvania, making all the difference for local fans hoping attend. The fest was started last year by the entity Broken World Media, who will have some of their independent artists performing this weekend. With 30 bands playing, Broken World Fest 2 will cater to fans of indie music and lovers of the emo revival.

The locale of the event is scheduled to take place at Spirit, a multipurpose establishment in Lawrenceville, just 15 minutes from downtown Pittsburgh. The two-level 10,000 square foot space includes a pizzeria, bar, and event hall with two stages. The 450-person ballroom will be more than enough room for those who want to get up close and personal to their favorite indie acts.

Broken World Fest 2 will have bigger names in the indie scene as well as lesser known artists for those looking to hear new music. Snowing, an emo act from Pennsylvania, will be reuniting for the event on Friday, their first show since their breakup in 2011. The World Is A Beautiful Place & I Am No Longer Afraid To Die from Connecticut will be headlining the second night, ending the fest on Saturday. Some openers for the weekend will include Into It. Over It., Weatherbox, and Rozwell Kid, among others. The festival will also see various regional acts consisting of the pop band Brightside, the emo act Skull Kid, and the rock band Divorce, giving some attention to the local scene for Broken World Fest’s first time in the city of Pittsburgh.

The two-day passes and tickets for Saturday’s night have both sold out, but tickets are still available for Friday on Broken World Media’s Limited Run site. You can also view the full band list and schedule times for Broken World Fest 2 on the Facebook event page.