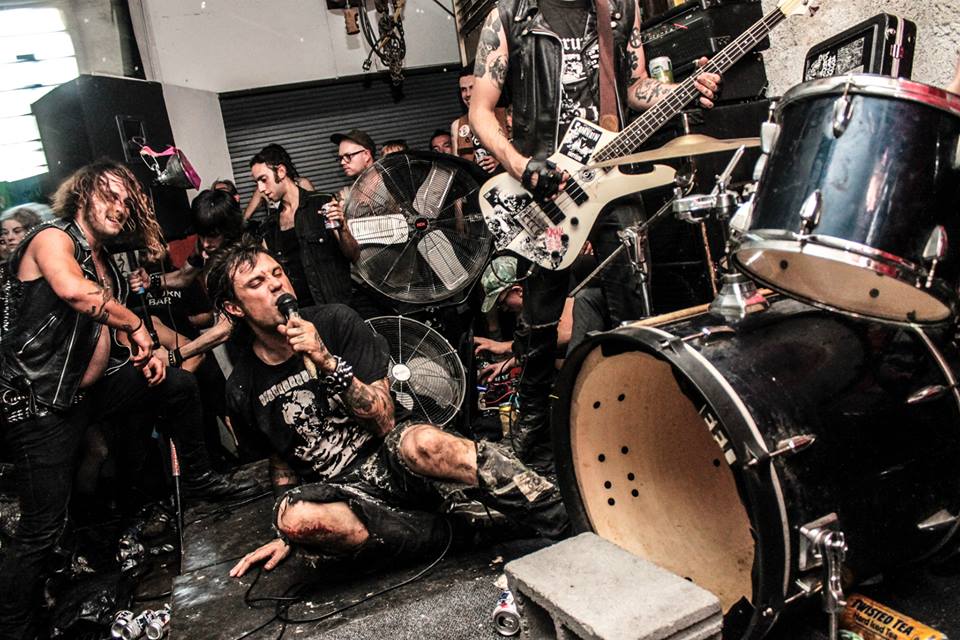 Historically, punk rock music has been defined by a certain brand of social deviance carried out in an anti-establishment manner while using fast, intense three-chord songs to communicate such values. With time, the genre became deeply rooted in anti-racist and anti-sexist ideologies where the political meaning of songs actually overshadowed their musical content. Fast-forward to 2017 in Pittsburgh and similar equality-driven, anarchist values are avidly communicated in the scene, except with a decidedly more careful, educational approach.

From the Mr. Roboto Project in Garfield to the efforts of DIY music promoters, artist collectives, and small venue/house shows, a new spirit of punk rock music continues to thrive in Pittsburgh.

To start, this music scene offers opportunity to bands who are both just beginning and who are on tour, giving them the ability to play on stages without ties to monetary gain or net profit on part of the promoters and organizers. That is indeed one aspect of the “DIY punk” spirit in the eyes of Mr. Roboto’s Treasurer, Harrison Thurman.

The Mr. Roboto Project in Garfield, which has been in operation for 17+ years, is an example of a venue where it’s more about equal opportunity, not always necessarily about the composition of the final musical product or any sort of monetary reward. Thurman explains how the solely volunteer-run team at Roboto strives to simply provide space where people can build an accepting and encouraging community as he relates, “Maybe someone in that band that I didn’t like listening to will go on to doing something that I really do like, in part because they were supported at Roboto.”

To Thurman, not every band is going to be able to sell out a large venue like Mr. Small’s but that does not always mean they don’t deserve an opportunity to take a local stage. That’s where smaller, community-regulated venues like Roboto come in. It seems to be the case that in this DIY punk rock community in particular, it’s about expressing yourself and encouraging diverse art-driven attitudes more so than the generation of wealth.

In terms of actual musical content and genre, the term “punk” casts a wide net in the new age (punk, hardcore, indie rock, experimental), but the underlying values remain largely the same. A glance at our various punk collectives & DIY venues, such as Don’t Let the Scene Go Down On Me! & Hen Haus quickly reveals major themes within the punk rock movement in Pittsburgh, which include art, community, and equality. This is certainly evidenced by the numerous education and fundraiser events organized by activists within the community, for example, Roboto’s Sexual Violence Prevention and Outreach Workshop Series, which began in 2015. Coupled with a safe space mentality, consent culture advocacy, combating transmisogyny, and a focus on equal opportunity, the scene itself promotes politically progressive belief systems.

The work of this local punk community passionately speaks to the origins of punk, and that includes the notion that art should not always be made with a monetary value attached and that everyone should be afforded equal opportunity.

Are you a band or DJ looking to integrate yourself into the local music community? Be a part of PGH’s newest music database: Visit Live Music PGH! and use promo code “easystreet” to access the sign-up form + keep posted on Facebook, Instagram and Twitter at @LiveMusicPGH.