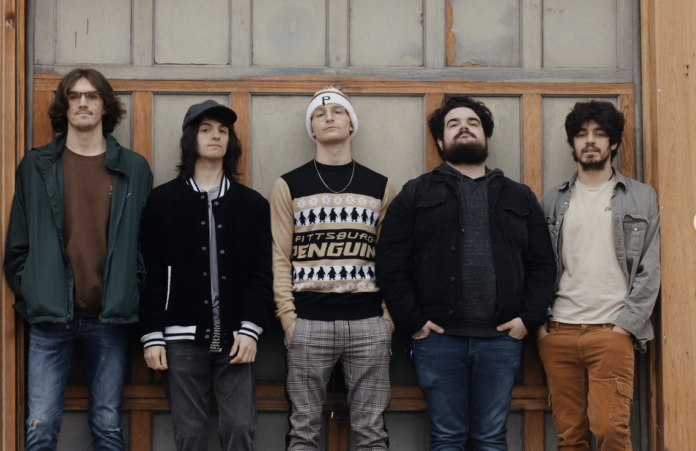 Covid kept live concerts and shows away from us for a while, but the world prepares to regain some normalcy, and so does the music scene. Remember going into a bar and listening to some local band play all night while you and your friends drink and jam out? 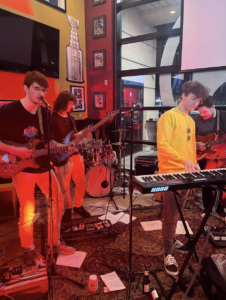 Helsinki Bus Station, a new emerging hard rock band that amplifies vintage sounds of the 60s and 70s mixed with an alternative spin, brought down the house at All-Star Sports Bar & Grille on January 7th. That Saturday with a packed house, shoulder to shoulder and table to table were jamming out to Allman Brothers, distorted Sinatra covers, and well thought out, and written originals got the bar going the whole night.

Formed within the last two years and have already produced singles, an EP, and hitting the local scene any way they can, they have made great strides in getting their name out there and every show, whether in a bar, an art gallery in the strip, or an abandoned school building has put up a packed crowd. The grueling band of misfits all hail from the local area and are ecstatic to be starting in a city like Pittsburgh. Their drummer reminds you of Don Henley but can bang like an animal from the muppets. Their bassist looks like he just came out of an anime fight, the singer and his cozy sweaters tear up tracks like California Dreaming, and That’s Life.

One of the most stellar members is their lead guitarist, who graduated from Montour and makes playing look too easy. He can shred and shred some more like Eddie Van Halen. Helsinki might be just starting, but they start head first and dive into their sound.

You can find Helsinki on Instagram, Spotify, and soon be able to check out their website and find out all their cool merch at helsinkibusstation.com. 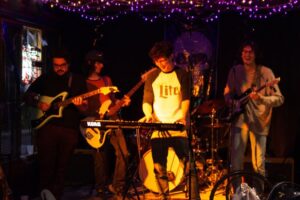 Pittsburgh has always had stellar acts, whether they are purely local or have gone on to stardom like Anti-Flag and Mac Miller. These five stellar musicians put up an excellent live show. Their recordings online are still a bit primitive and early because of just starting out and finding their way in mixing their songs. Live, these kids got heart, talent, and showmanship like any other band you would see on a stage.

They shred, they sing, they play all the best classics while putting their touch to it, and can have you walking out of the bar that night trying to remember the chorus to one of their own songs. Some say Pittsburgh has lost its touch with its music scene, and it has not gotten back to the good it was. Even if these guys do not make it big, they prove that point wrong because they put on a show well worth seeing, right here in the 412.