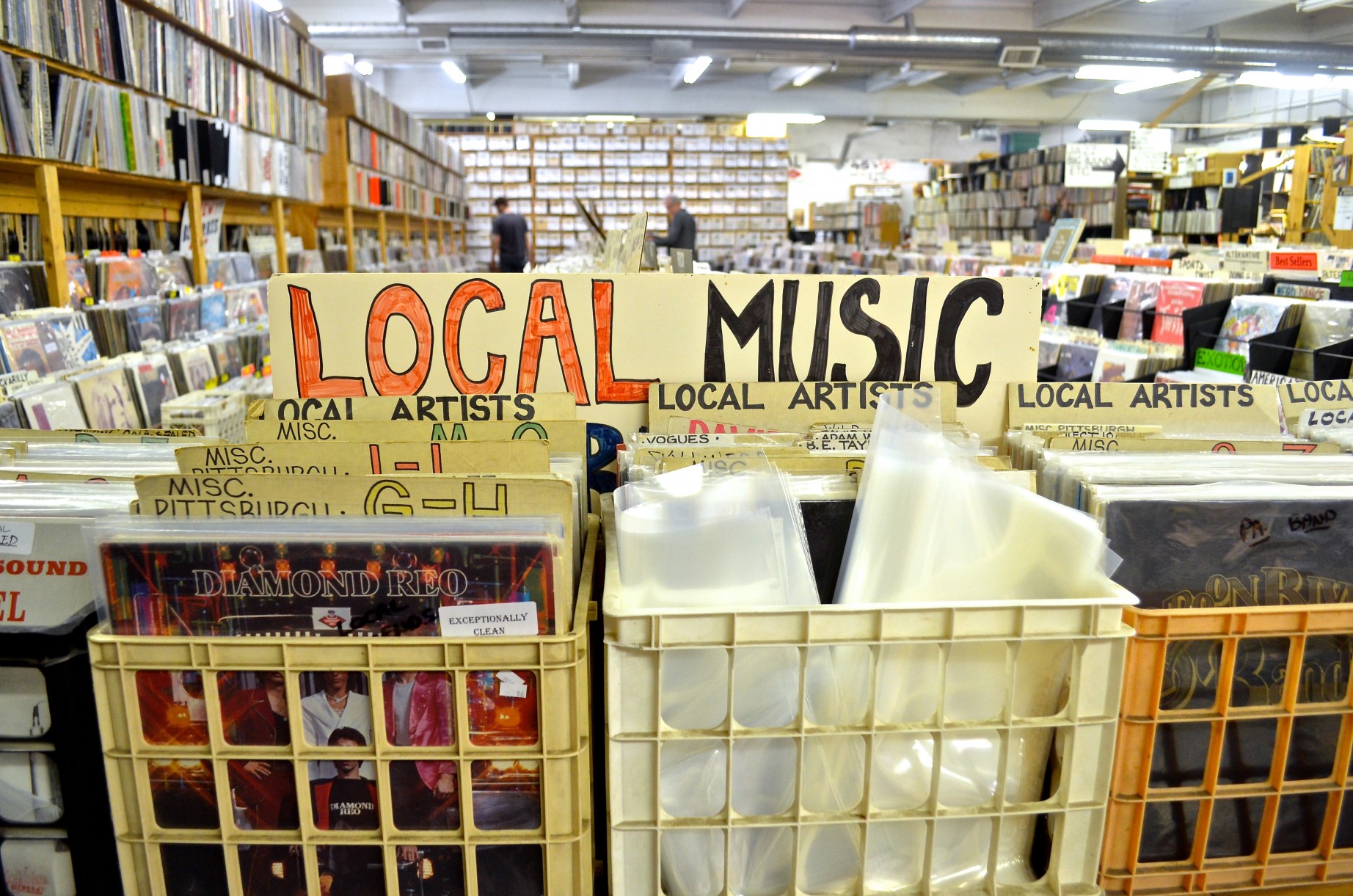 “Anybody can own an iPod. But have a nice record collection? It’s impressive.” That’s what Jerry Weber thinks, and he’s not alone. He said within the past six or seven years there has been a huge shift in the record industry, with most collectors in his store now being girls ages fifteen to twenty-five. “It used to be girls trailing their boyfriends around. It was strictly a guy business.”

With analog music making a huge comeback, record stores must keep up with supply and demand. For Jerry, the supply is not a problem. His record store has over a million records in-house (and over two million including the warehouse). While younger listeners are the most frequent record shop patrons, Jerry says the older listeners played a significant part of building his business into what it is today.

Jerry Weber is an old-fashioned man who says he’s never touched a computer and has never owned a credit card. “We file everything but all of it’s in my head, believe it or not”, he said. While he may not be the man to ask if you need your RAM upgraded, he is most definitely the man to ask if you need information on nearly any music that’s been pressed on a vinyl record.

Jerry’s Records has been a Pittsburgh staple since 1975. The world-famous store frequents visitors from all over the world, including Robert Plant from Led Zeppelin, Ben Folds, and Steve Howe from Yes. Originally The Record Graveyard in Oakland, he opened the store paying seventy-five dollars for rent and by putting out a “We buy records” sign. Jerry said, “All you gotta do is put a sign out, ‘we buy records’. So that was it, that’s what started this 40 years ago.”

After The Record Graveyard, it was Garbage Records until callers would hang up once Jerry answered the phone saying only “Garbage”, so for the 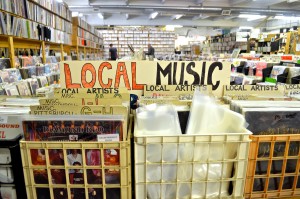 past thirty-five years it’s been known as Jerry’s Records. The Squirrel Hill-based music shop is filled to the brim with records of nearly any genre or variety, though he’s sworn off ever buying new releases from distributors or companies.

Record Store Day is on Saturday, April 16th and, in honor, Jerry is giving away between thirty to forty thousand records in the form of sealed boxes and some singles albums in hopes to get rid of some overflow. “We’re giving away a lot of 45’s which are very much a lot of fun… In the boxes of albums, there are good records in bad shape and bad records in good shape because they were never played, but people have fun with them.”

Since it’s opening, the record store has become a family affair. Jerry’s two grandsons work in Jerry’s Bargain Basement while his son owns the neighboring Whistlin’ Willies 78’s. Willie says he hated records because of having to help out at his dad’s business, though about ten years ago he opened his own store, with over one hundred thousand albums. While Jerry’s stocks 45’s and LP’s and the Bargain Basement sells his overflow along with CD’s, Whistlin’ Willies 78’s sells just that – 78’s. 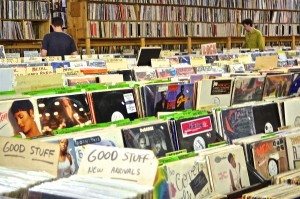 78’s differ from vinyl’s as they are very fragile and made from shellac, a secretion from the Lac Beetle, which is used by the insects for protection. “78’s do sound a lot better than 45’s do or, for that matter, records. If you have a Ray Charles record on 78 and the same record on 45 the 78 is going to blow it out of the water because the grooves are a lot thicker, a lot wider, there’s more information in there, it was recorded faster so the faster you record something the more quality you’re going to get.” The twenties to fifties era music attracts an older and often more musically inclined clientele than Jerry’s LPs, but Willie hopes to change that.

As far as the future of Jerry’s, he says he’d love to turn it over to someone who would keep it going, but someone he thinks would want to build their collection and loves to handle music. The Bargain Basement is closing at the end of the year so he’ll be giving away records at least two more times this year. Jerry says, “If you truly love music you’d be a fool not to own a record player.”

If you plan on stopping into Jerry’s Records for Record Store Day but are unsure of what to do with an entire box of records, Jerry says people come up with fun ideas. “I know people who each get a box of records and a case of beer and they don’t even look. They pull a record out from behind them or alongside them and they have to play one song. They have parties like that. It’s fun, you know? That’s a ball. You’re drinking beer and might pull out a Ray Charles, but then you might pull out a Barbara Streisand but you have to listen to one cut you know? I’d love to do that myself.”