Sick of doing the same old crap all the time? Me too. So I took what I thought to be five of my most intelligent friends, and journeyed to IQ Escape in North Hills. Soon we would discover that not only are we collectively dimwitted, but we would also destroy the free world if left to our puzzle-solving skills.

Escape rooms have been popping up all over Pittsburgh, but this particular adventure turned my brain into a pretzel-like state for 60 minutes. In order to become a champion of life, you must follow clues, complete your mission directives, and become smarter than you’ll truly ever be to succeed.

In Stealing Mona, you’re put into a dark room with dim lighting, reminiscent of the Louvre in France.  From there you must break into the museum and snatch the Mona Lisa before your hour runs out. In Contagion, a Japanese scientist has created a pathogen and released it into the air, killing off 75% of the world’s population. Your job is to examine a lab where scientists had been working on an antidote and find the cure before humanity is over. No pressure.

And finally in the newest game Time Shift, Pendulum has created a time machine portal, and a rogue agent has used it to go back to the 1860s and sell General Lee and the Confederate army futuristic weapons. You and your team are tasked with reopening the portal, traveling back to the Civil War, and saving history as we know it.

My friends and I got the chance to try out Time Shift. We failed. Miserably. We spent the first half hour getting the portal back online. By the time we got back the salon in the Wild West, we only got through a few clues before our “hour” ran up. They said it was an hour, it felt like 5 minutes. 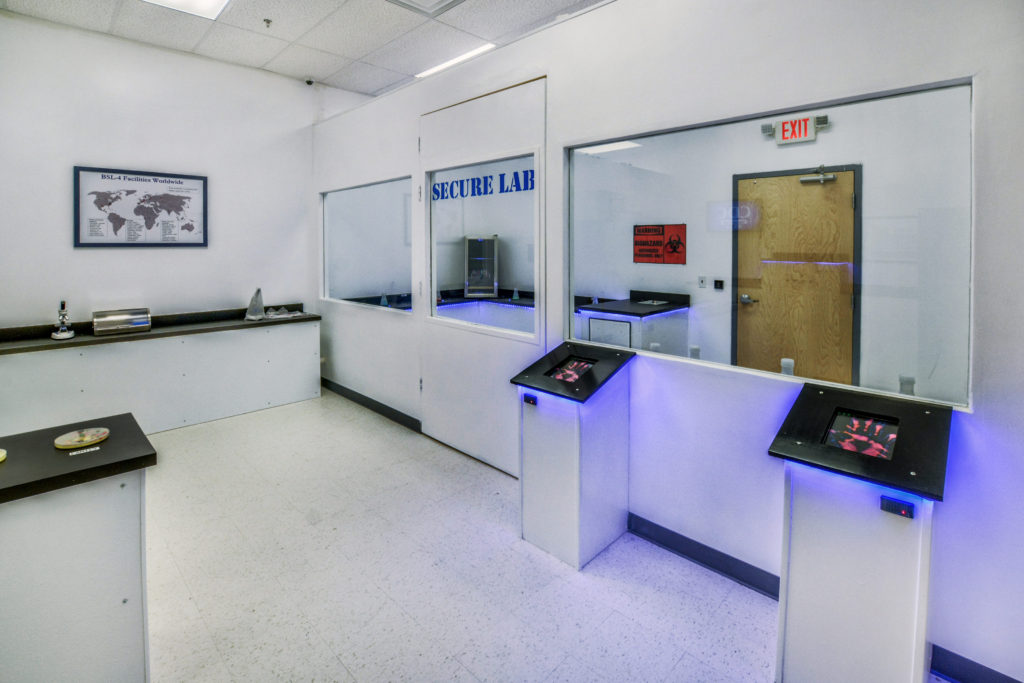 But in our defense, it’s the most difficult one yet, according to creators. With a 15% predicted success rate, Time Shift was basically designed to make you feel like a dumbass. You must embrace your inner nerd and gather clues by solving puzzles that incorporate different skills like Braille, Morse and binary code just to pass through the portal. Once you get through, it’s all about finding, gathering, and using the right clues so you can kill agent Hicks and get back through the portal in time. 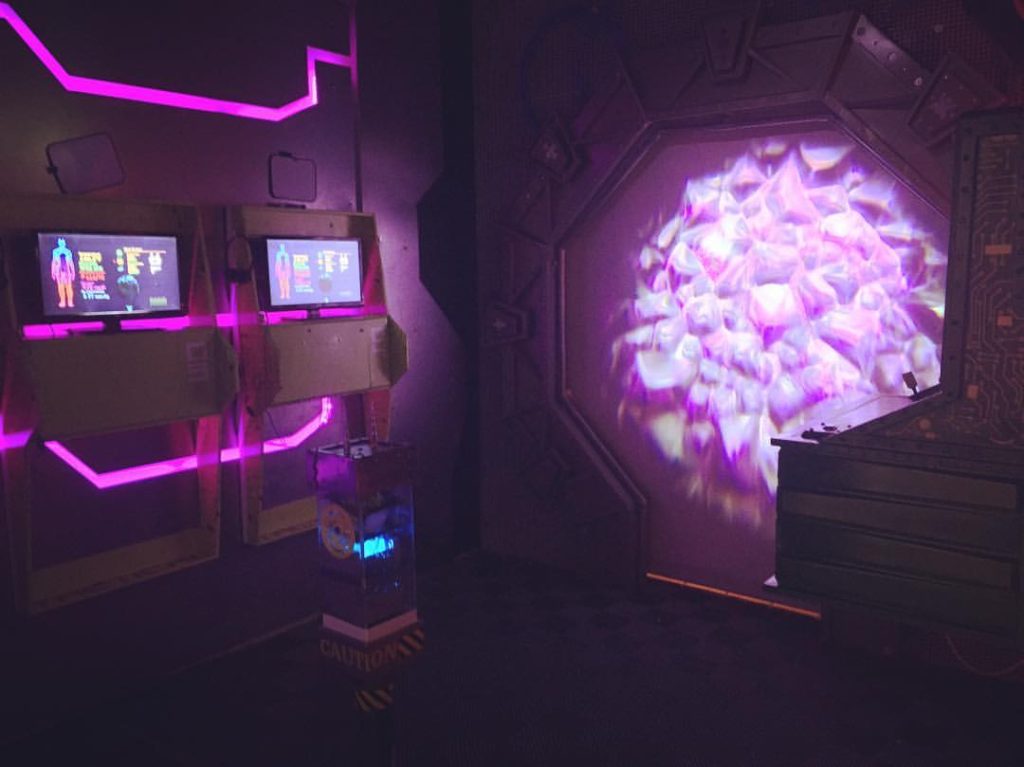 Here’s the kicker. The whole time you’re trying out different ideas, typing in clues you thought were right and weren’t… they were counting. Counting the number of times you screwed up and calculated an IQ based off of those moments of misaligned intelligence. So now you know how dumb you are. #mensa

Obviously Time Shift is for the nerdist elite, but Stealing Mona and Contagion are designed for us button mashers.