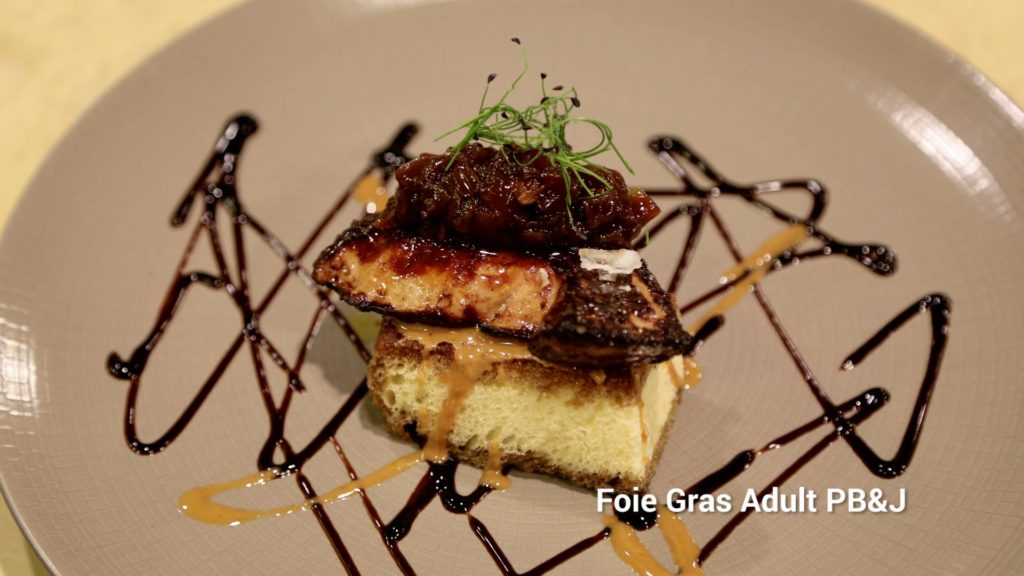 What follows is the first in a series of video collaborations with chefs.cloud, a Pittsburgh-based platform that helps people discover food based on what they’ve liked in the past. LOCALpittsburgh is partnering with chefs.cloud to present a series of articles on Pittsburgh food alongside chefs.cloud-produced cooking videos with local chefs. Here is  The Twisted Frenchman’s Andrew Garbarino making a “Foie Gras Peanut Butter and Jelly.”

In 1901, Julia Davis Chandler published the first recipe for one of our most celebrated meals, the peanut butter and jelly sandwich. Combining peanut butter, which at the time was considered a delicacy, a health food snack, and was served with a variety of pairings in tea rooms, with jelly, a longtime favorite dating back to ancient times, created one of the most ubiquitous food items in our culture.

As mass production lowered the price of peanut butter, the PB&J shifted from high class to all class. In the years since the invention, we’ve seen a number of applications of the PB&J concept: PB&J blondies and waffle, PB&J quesadillas and burrito rolls, a boozy PB&J French Toast from NYC’s The Stand, and PB&J chicken wings from The Hay Merchant in Houston.

Here in Pittsburgh, The Twisted Frenchman’s Andrew Garbarino takes it up a notch with “Foie Gras Peanut Butter and Jelly.” Watch it below.