With around 30 percent capacity, Derek Gionta managed to do what was impossible for almost 11 months this past February, bring a professional boxing card to Western Pennsylvania.

“It was a logistics thing for us just to get all of that setup,” said Gionta. “It was worth it at the end of the day because we’re able to do a show and people were there to enjoy it.”

On June 4th, he will host Battle at The Fairgrounds II at the Washington County Fairgrounds. Doors open at 6 PM, and the first bell is at 7. There are no capacity restrictions. The event will follow CDC guidelines will be followed.

“I think [holding the boxing events] helps everybody’s just their mental state with everything,” said Gionta. “People may have been a little nervous [at the show in February]. I think this time around, it’s going to help a lot.”

Conway is coming off a victory in January against a formidable opponent in Vincent Jennings after losses by decision in the undercards of Shakur Stevenson-Joel Gonzalez and the highly anticipated Tyson Fury-Deontay Wilder fight.

Gionta has known Conway since his time in amateur boxing. He’s seen his growth as a fighter and a man.

“Seeing Matt in training and sparring, you can see his confidence growing,” said Gionta. “He’s only 25 and has been in the ring with some higher-level competition, especially against [Gabriel] Flores.”

His opponent, Perez, is described as a typical fighter from Latin America. Tough and rugged. With 30 of 36 wins coming by way of knockout, this is someone not to look past.

Deon Goodlow, another member of Gionta’s management team, will take on Ivan Hernandez. It was an easy fight to schedule for the event, and both fighters are confident they can get the victory.

“I just got a fighter’s spirit no matter who I face,” said Goodlow. “I feel like always have that chance to win, no matter what is this on the fight.

Goodlow’s fights are action-packed, like his last fight against Jordan Zlacki in Canonsburg. The two fighters were sparring in preparation for their fights over the previous month.

“You’re gonna see a lot of punches,” said Goodlow. “Watch the sparks fly, and we’re gonna get another dub for Pittsburgh.”
If we’re talking about drama, the last three fights for “Pretty” Richie Cantolina (6-0-1, 2 KO) did not lack any at all.

The first of those three fights took place after the passing of his father in September 2019.

The second fight was a wrestling match inside a sanctioned boxing fight that put him through the middle rope.

The final fight of the trilogy was a controversial draw after a punch seconds after a referee break due to a clinch.

When he talks about his last fight in March 2020, he believes a fight he needed to have in his career.

“I let talent get me to 6-0, and that fight made me realize I may have more talent, but these guys are working harder than you,” said Cantolina. “This isn’t the amateurs anymore. You need to treat this as a true professional.”

He decided to walk away from his salaried position as a safety consultant and opened a boxing gym, The Sanctuary Boxing Club.

“Now that I’m training full time and coaching full time. I’m so much happier, and I’m in a better place,” said Cantolina. “Not a lot of people get to wake up and love what they do.”

Cantolina is excited to get back in the ring. Before the pandemic, he was planning on four or five fights in 2020. He’ll face Darryl “Dreamking” Bunting (4-9-2, 2 KO) in the co-main event of the evening at super-middleweight.

Cantolina is excited to face Bunting, a veteran of 16 professional fights, as it will showcase his technical abilities that fit his nickname.

“’I’m excited for finally a guy that’s going to stand in their box. He’s a solid technical fighter,” said Cantolina. “I’m pretty well known for my angles and my footwork. So it’s going to be a technical showcase for six rounds. hopefully, only one or two, but I’m in shape for six.”

“These guys put a lot into boxing,” said Gionta. “They deserve the recognition and the opportunity to compete.” 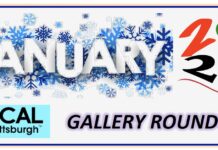