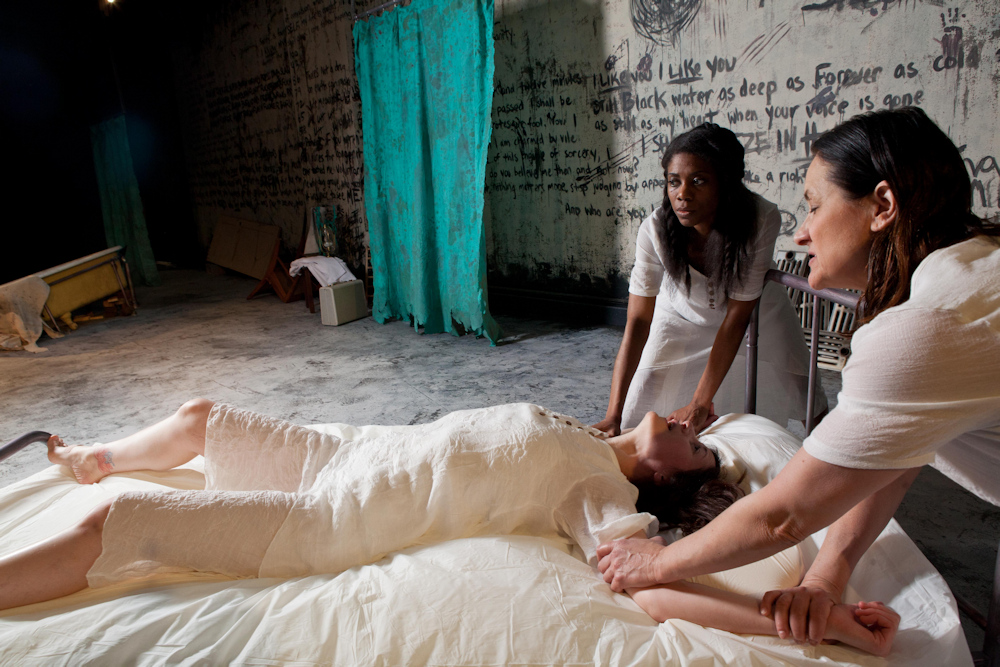 Walking into the Carnegie Stage, the set for 4.48 Psychosis, a play written by Sarah Kane, and directed by Robyne Parrish, echoed the mist of a funeral; with an ominous undertone that was intrinsically engaging and unnerving. Writing all over the wall, a shanty metal bed with a weathered mattress strewn about, a rusted bathtub, and a stained green curtain. Rabid intensity was radiating from the stage. And then, the cast appeared, writhing, chirping, and curating an untethered dialogue of dystopian poetry that will haunt even the most noble mind. 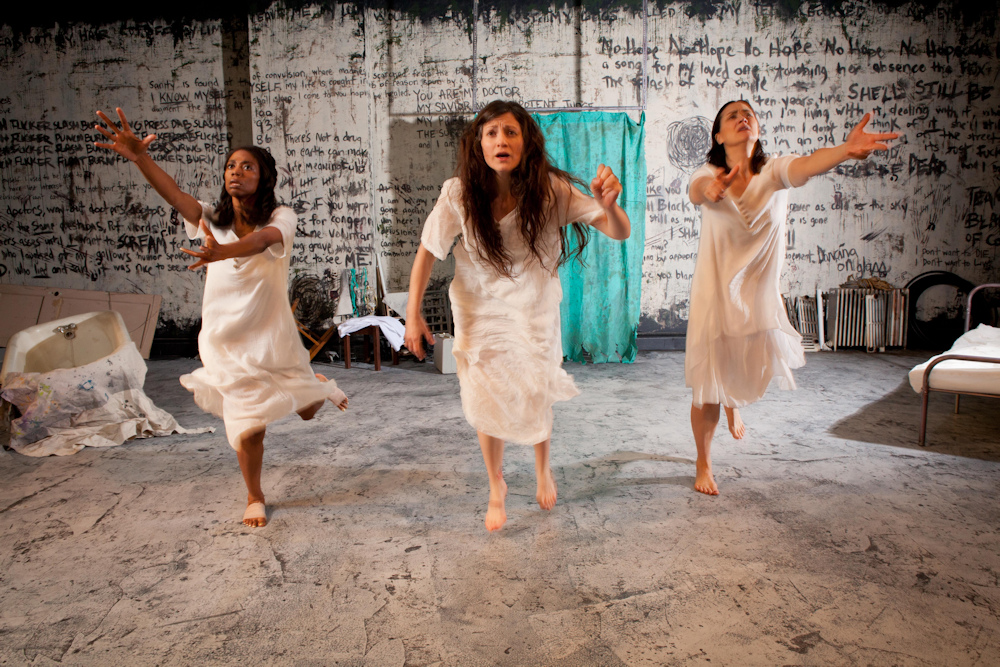 The movements of each performer were rash and violent with a lingering undertone of elegance and transparency. The play spoke of struggle, it spoke of helplessness, but it also prosed levity on the topsy-turvy narrative of mental illness and how depression can tattoo itself on the spirit. Leaving the audience to wonder, who do I know like this? And, how far away am I from a construct of mental depletion? 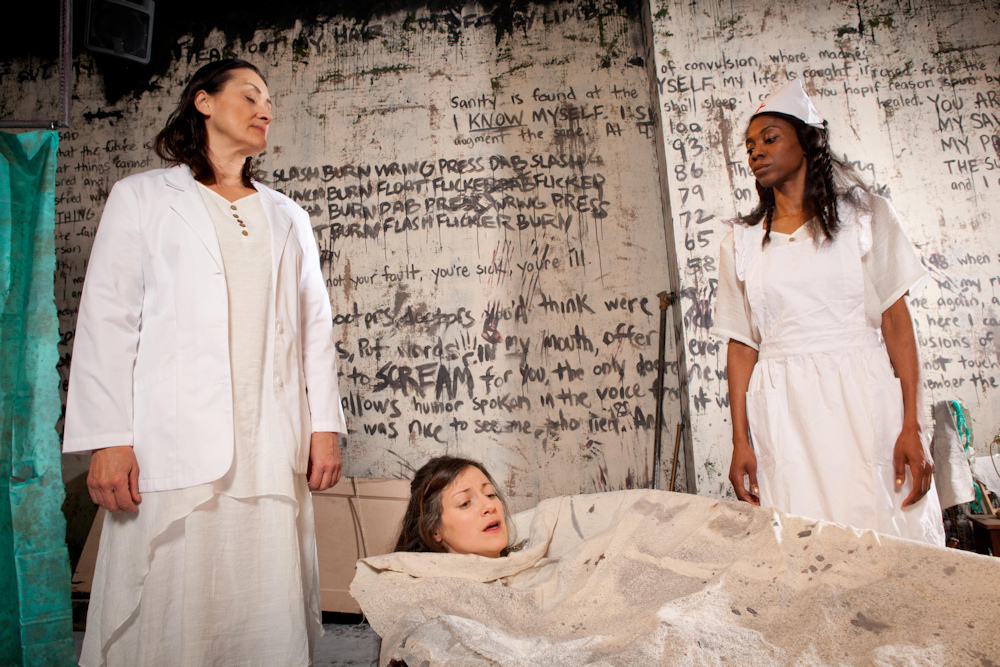 How close are we all to the brink of insanity?

As the show continued on, the vision of the actors flowed in fragmented unison, blurting out contradictions and misaligned antidotes in a failed attempt to create a sense of normalcy in a truly imbalanced and grey playing field. Ultimately, freedom comes, but at what cost?

4.48 Psychosis is Shakespeare for the downtrodden. A true masterpiece of powerfully physical theater, poignant emotions, and incendiary wordsmithing that transcends into a uniformed array of violent pleasures for the audience to ingest. The show, while only an hour, is not for the faint of heart. It bleeds infamy and despair, but in the most brilliant way possible. As with anything poetic, interpretation is fleeting, and everyone will take something different from a show with this level of figurative analysis.

A raucous moment where the performers are banging on anything they can find,  I interpreted as noise of the mind. Although some angles I couldn’t quite get a wrap on, as the story is a high-octane literary M-80 that didn’t wait for anyone, I found myself fulfilled at the end of the performance, marveling at the magnificent torture each performer depicted through every motion.

Kudos to Erika Cuena, Siovhan Christensen, and Tammy Tsai for a masterful show and tell. The trio perfected a balance of emotive resilience that echoed throughout the murky and unconformable anarchy we call depression. Well done.

I take umbrage at the near empty theater, only a day after opening night. The inherent lack of support for local theater can be staggering at times. Pippin and The Book of Mormon are great, but let’s expand our horizon to a more expansive palette in such a culturally rich community.