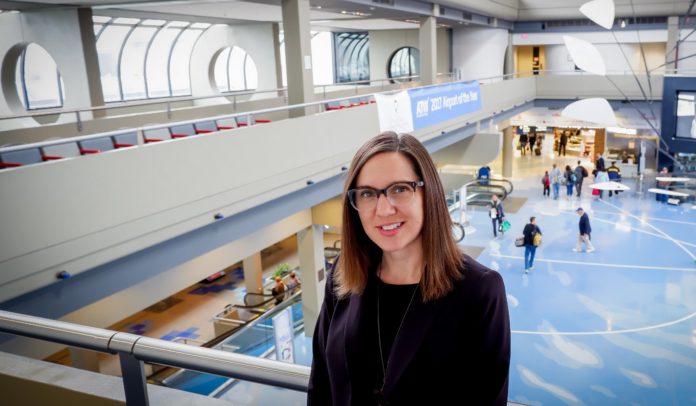 For some, traveling can feel all too stressful.  For those people plagued by travel anxiety, the stress doesn’t seem to melt away until they’re safely settled inside their hotel rooms or lodging spaces.

But what if the enjoyment could start sooner?  What if the airport itself was the first fun attraction for travelers?  Well, Pittsburgh International Airport (PIT) is transforming to become just that—a place that offers its guests more than just terminals and security checkpoints. 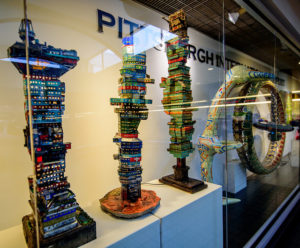 Under the leadership of Rachel Saul Rearick, Arts and Culture Manager for the Allegheny County Airport Authority, several new programs are going to drastically change the airport experience for people traveling to and from the Steel City.  Overseeing these initiatives—the Art in the Airport program, the Creating a Sense of Place program, and the PIT Performing Arts Series—Rearick says, “I am honored to have this opportunity, because the airport is essentially the gateway to our region.”

Over the last few weeks, a lot has already happened at PIT.  According to Rearick, the goal of the Art in the Airport program is “to advance Pittsburgh International Airport as a cultural asset for international passengers and local visitors alike [by] rotating artwork on a quarterly basis.”

Currently, PIT is featuring an exhibition by Ryder Henry, work by Deanna Mance, and a ceramics exhibit in collaboration with the NCECA.  Each installation in its own right is enhancing the airport—adding a new sense color, visual interest, and artistic beauty to the airport’s environment for all who pass through it.  In a similar way, Blaine Siegel—a multidisciplinary sculptor and PIT’s artist in residence—is producing an open studio at the airport that will further engage travelers as well.

But what’s even better is that there are several ways for interested artists and creative individuals to get involved in shaping the airport’s future.  Not only are there online proposals seeking local artists and institutions to curate displays in the airport’s museum-grade cases, but there is also an interesting summer project on the horizon.  With members in the Office of Public Art, a way-finding mural is in the works for PIT’s extended-term parking lot.  Rearick commented, “The mural will serve not only as an aesthetic element to our outdoor space, [but] it will [also] have a dual purpose to circulate and direct pedestrian traffic from the parking lot to the terminal.”  Those interested in curating a display, or designing the outdoor mural can visit the FlyPittsburgh or Pittsburgh Arts Council websites to gather information.

Seemingly enough, the perils of transportation are being replaced with rich and exciting experiences for airport guests.  The newly-incorporated artwork and the up-and-coming initiatives are not only making the airport into a more appealing place, but they’re also creating a cultural adventure for travelers before they even reach baggage claim.

Rearick concluded, “It is wonderful to work with local artists as a way to create a lasting impression not only of our arts community, but also of the spirit and identity of Pittsburgh.”