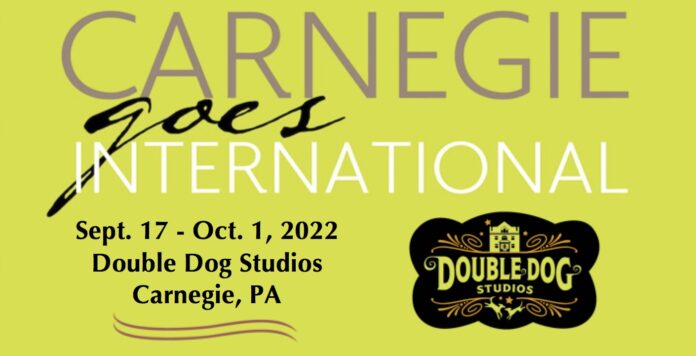 McArdle notes that the group is drawn from 10 countries — Australia, Canada, England, France, Iran, Netherlands, Russia, Serbia, South Africa, United States. “Each artist is influenced by their native country and surroundings,” he says. “It is incredible to see their work together. It’s like they’re having a conversation through art about the state of the world.”

The exhibit marks the U.S. debut of three artists:

•  Ben Edge – A London-based artist influenced by folk art and a focus on British culture and folklore, Edge’s paintings create environments of people, symbolism and storytelling.

Carnegie Goes International is also an homage to a legendary Pittsburgh art collector, G. David Thompson (1899-1965), a Whitehall resident, Carnegie Tech grad, corporate steel executive and one of the most influential art collectors of the 20th century.

“This is an attempt to tell the story of what this man did to advance the visual arts in Pittsburgh,” says McArdle. “In fact, what he did to inspire interest in visual arts across America and the world is unsurpassed.”

AND A WEEK later on Saturday, Sept. 24, the 58th Carnegie International, titled Is it morning for you yet?, opens at Carnegie Museum of Art (4400 Forbes Avenue in Pittsburgh’s Oakland district) and runs to Apr. 2, 2023 showcasing historical works from the collections of international institutions, estates and artists alongside new commissions and recent works by contemporary artists and several months of films, workshops, programs for youth and families, resources for teachers and more.

*** STAY TUNED FOR details about a Sept. 28 panel discussion at Double Dog Studios on the Carnegie Goes International artists, with participation by artist Ben Edge. Email pjmcardleproductions@gmail.com or call (412) 343-5584 for details.