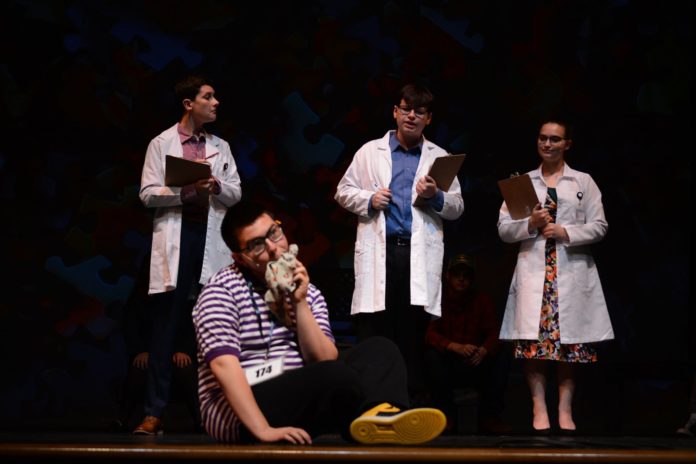 What is “normal”?  Are some people just meant to be different?

These are the questions that J.R. Hall, along with the musical stylings and lyrics of Jason Coll, ask in the new musical “Normal-C.”

First presented at Baldwin High School under J.R. and Jason’s direction, the students take to the CCAC South stage to bring the story to life once again.

The musical revolves around three special needs teenagers who are faced with the chance to be “normal.”

J.R. and his wife Tawnya share 3 beautiful children in their early teens and as a family, they tackle being “different” daily.

“When my daughter was 4 or 5 I noticed she was watching NOVA, and Frontline, and documentaries and asking me questions. She had thought-provoking observations and it was kind of a bonding thing. But then she started school, and she was having trouble focusing.”

After several trips to the doctor, the family began the discussion of medication to help their child focus in school, but J.R. kept having the feeling of “What if she’s supposed to be that way?”

His notion about if people are the way they are because it’s necessary for them to have a unique perspective, like the little girl who was able to observe what most adults could not while watching those challenging documentaries about the world at large stuck with him.

Eventually, this led to the idea of “What if there was a drug that made everyone the same?”

At first, this idea, inspired and loosely based on his three children, was originally going to be a novella or a short story. Soon, however, J.R. received a commission from Beacon College, and he thought “Oh maybe this will work; how about a musical?” 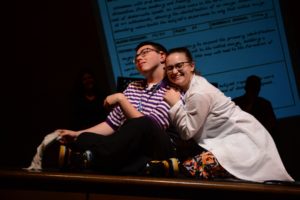 Beacon College is the first accredited institute of higher learning to serve students with dyslexia, ADHD, and many other learning challenges. With the commission underway, J.R. immediately thought of Jason Coll who he had done a show with years prior.

J.R. says that during the writing of the show “I learned a lot in my research.  It’s rather invaluable. I’m writing what I know. It’s kind of like my life, just on stage.”

Along with his personal knowledge, J.R.’s research gave him an even further knowledge of neurological disorders, further developing the complexity and depth of the show.

According to Mr. Hall, he says “Everyone is touched by this. If you don’t have someone on the spectrum in your own family, maybe your sister does, or your sister’s kids, or your neighbor or someone else does, that’s how universal it is.”

For J.R. it’s personal, and his wife inspired the show as much as his children have. He says of her “She inspires me every day.”

Their son happens to be autistic and nonverbal. Tawyna’s courage and their teamwork in raising their children has not only inspired the show itself, but also parents and educators that know them, and especially J.R. himself.

“She refuses to let autism tear our family apart.”

That love and courage transformed their daily life into this fictional, but equally moving musical.

The three main characters battle severe dyslexia, nonverbal autism, and even Aspergers, with one of the characters being a sort of musical savant, who take on the challenge of the possibility of a pill that will make them “normal.”

Mr. Hall isn’t giving away any of his two favorite moments of the show, but “There are two big surprises” that he’s very excited for everyone to see.

All proceeds from this weekend’s performance of “Normal-C” go to Autism Speaks.

To purchase your tickets and support these beautiful Pittsburgh artists and a great cause, please go www.normalc.com.

Make a mural with Moxie and Misty!

Their Commitment to Delivering Cuisine, Cocktails, & Live Jazz is Absolutely...