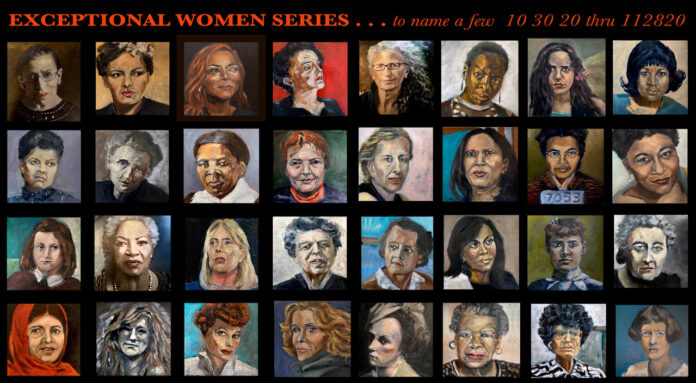 Many tremendous but overlooked feminist accomplishments have occurred throughout the month of November. The first medical school for women, the New England Female Medical School, opened November 1, 1848, before merging with Boston University to become one of the world’s first co-ed medical schools. The U.S. Women’s Trade Union League was established on November 14, 1903 and 43 years later, the same date would honor Emily Greene Balch with the Nobel Peace Prize. November 2020 is now a time to pay tribute to the empowered women who helped shape history and paved the way to aspire many more to follow in their inspiring footsteps.

The Spinning Plate Gallery is set to honor many of these revolutionary women by hosting two shows The Exceptional Women Series and Who You Would Like To Be With Now. The exhibitions consist of over 40 small oil paintings on wood panel by Michel Demetria Tsouris and are in conjunction with Constance Merriman’s portraits in oil and large-scale drawings. Tsouris started this series last year, thinking about the numerous women who have been overlooked. “I started this series last November, thinking about how many women, over hundreds of foyers, who had made contributions to our cultures. Those who lit fires in our bellies, but were rarely noted and often written out of history; yet still they persisted, as I do to remember them and to be inspired by them,” said Tsouris. 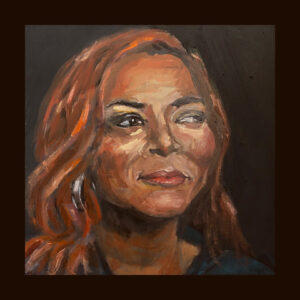 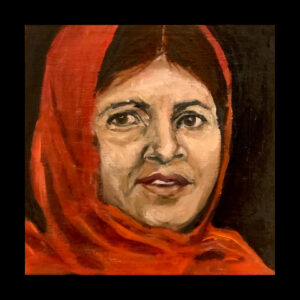 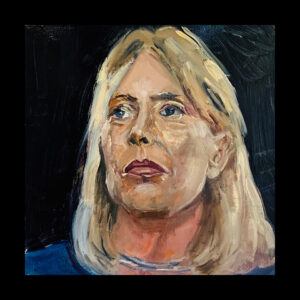 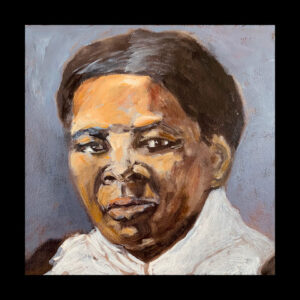 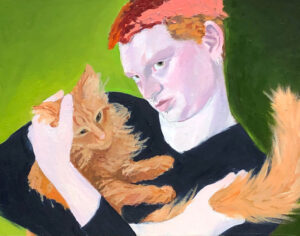 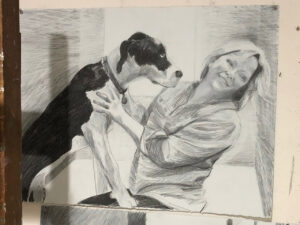 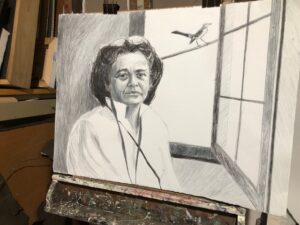 The featured artists selected their chosen women to portray for very particular and meaningful reasons. Tsouris’ work is a tribute to the women who have made profound contributions across all fields including, art, science, political activism, music, writing, and athletics. Over 40 pieces have been born including portraits of Ruth Bader Ginsberg, Joni Mitchell, Maya Angelou, Toni Morrison, Harriet Tubman, Aretha Franklin, Agatha Christie, Marie, Currie, Rosa Parks, and many more are waiting in the wings to join the walls of the gallery.

In addition to the works of Tsouris, Merriman’s art depicts women who are close to her heart, family, and friends rendered with exquisite sensitivity. According to the exhibition, Merriman’s work is designed to, “invite the viewer deep into each subject’s rich character, revealing the artist at work nurturing the love that grows between us all. A very intimate look at women who have shaped the artist’s life.”

The exhibitions will be at the Spinning Plate Gallery on Baum and North Euclid Aves in East Liberty. Viewers will have the opportunity to see these magnificent works of art from October 30 through November 28. Drive-by, walk by exhibit, or call of an appointment to view them up close and personal.  Call 831-809-9307 or email Michel @whidbey.com for an appointment to view the two shows and for additional details.