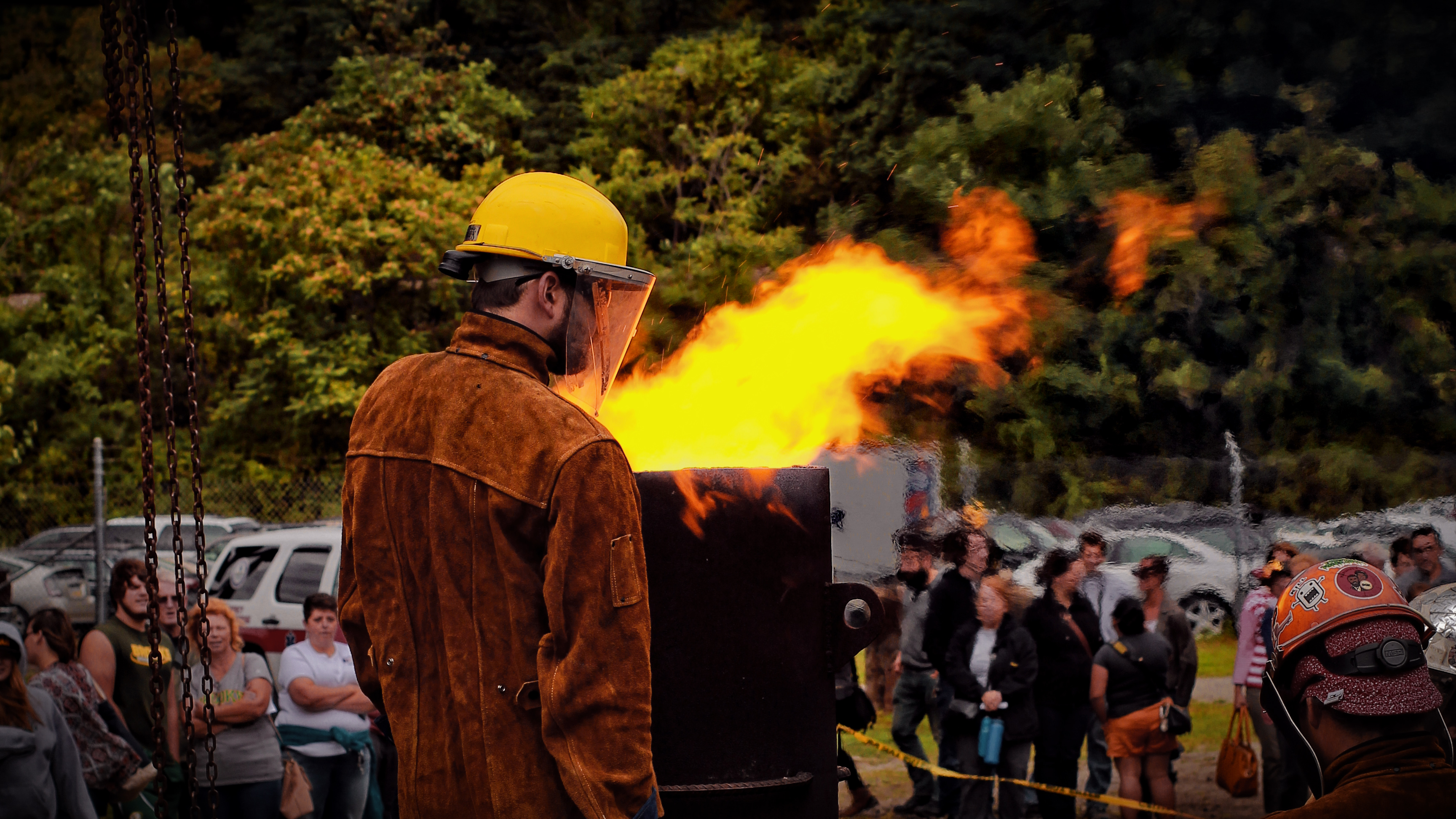 Over Labor Day weekend Pittsburghers got the chance to see the Carrie Furnace in action once again. While this national landmark of the Homestead Works hasn’t commercially produced steel since the 80’s, guests at this year’s Festival of Combustion got to see live iron pours, plus much more thanks to Rivers of Steel.

It had been raining steadily for most of Saturday morning before the festival, but the weather was clear and dry once things got started at noon. A small-scale blast furnace was outside between the Carrie’s power house—which was open for the festival—and the blowing engine house, which was open to the frequent group tours throughout the day.

For adults and children alike, most of the day’s action was inside the power house. The main theme of the event was the creation of live art, whether it was souvenirs, keychains, or jewelry. More often than not the festival guests helped in the creation themselves. 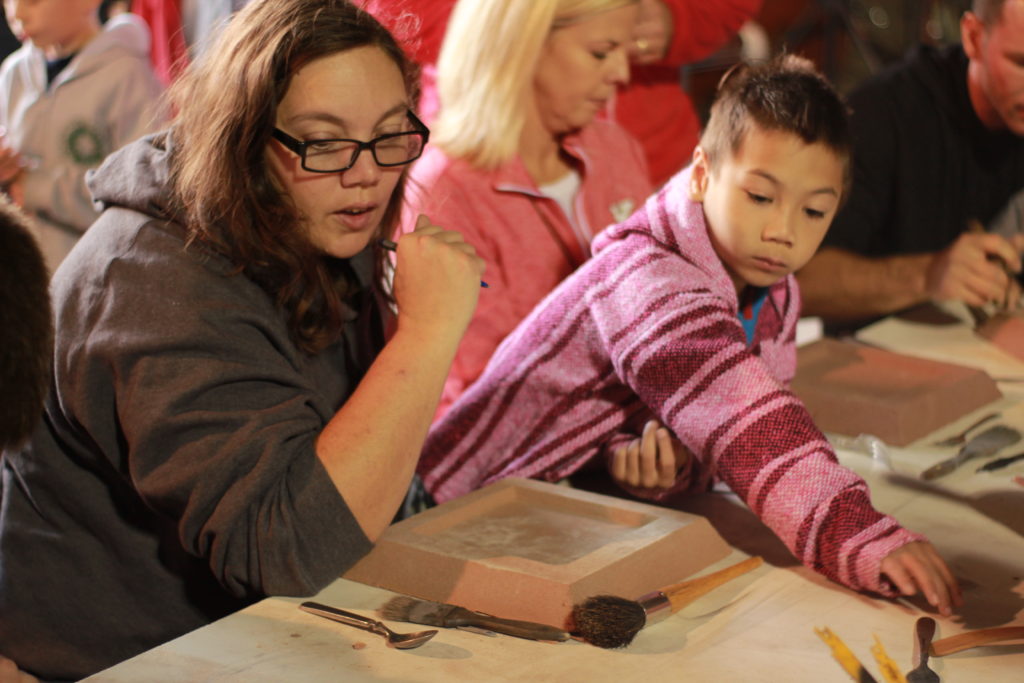 Families had the opportunity to create scratch molds to be cast in the ROSA blast furnace later on in the day; for adults and children alike it seemed that popular subjects to carve were names, superhero logos—and of course—cats. 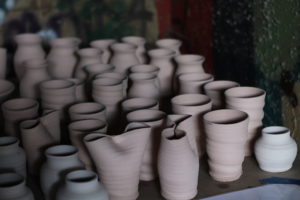 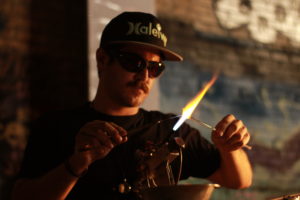 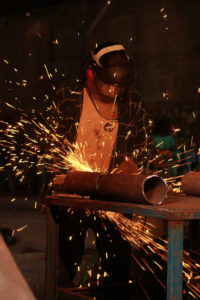 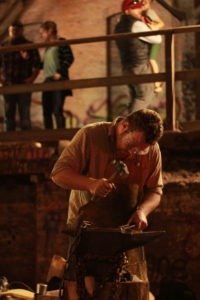 For those who just wanted to sit back and watch the artistry and skill of these craftsmen, there were glass flameworking demos, blacksmithing, and welding. Since none of them were doing the same thing twice—endlessly creating new works of metal and glass—it was easy to walk around the power house for much of the afternoon. With music by The Seams, accompanied with firebreathing and sword swallowing by Coffinbox Sideshow, it was was possible to forget there was a live iron pour starting at 2pm. 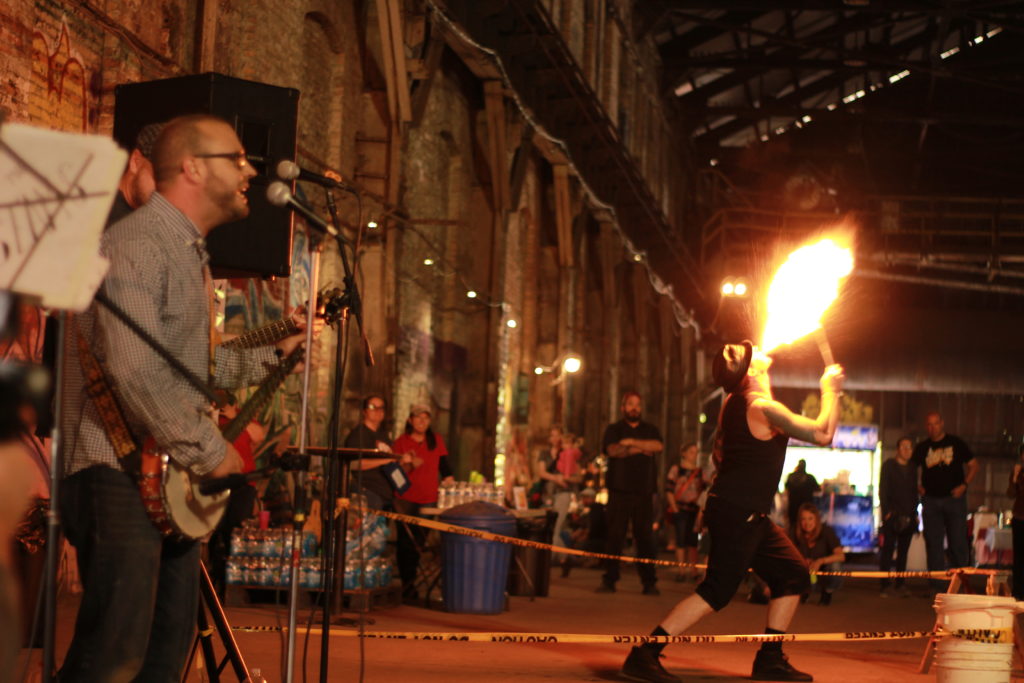 A large crowd eventually formed outside, watching as the men and women of ROSA gathered scrap iron into buckets and pitched them into the blast furnace. Slowly the flame of the furnace grew, increasingly intense yellow flame shooting up into the air and hardly moving to the afternoon’s high winds. 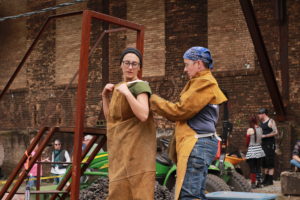 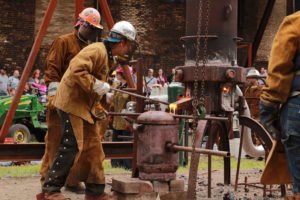 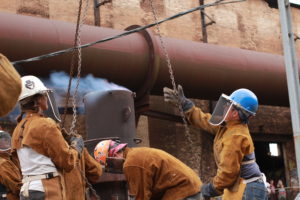 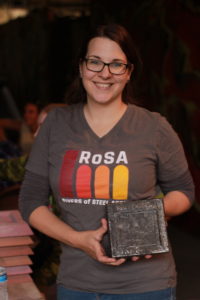 After a few minutes the iron began to drip out and was transferred to large pitcher-style ladles to be poured into the scratch molds being made throughout the day by guests.

The crowd seemed evenly divided between people who had never seen this process before and people whose lives had been shaped by it. While younger people commented on how strange the hot iron smelled—like how a penny tastes, one person said—while people who were a bit older were recalling how it used to always smell like that here. Of the latter group, some missed the Pittsburgh of then; many others were happy with how the city’s turned out today. Attending an event like the Festival of Combustion does that. It allows us to remember what was and what is.

By making us consider the city we live in, whether we hold roots in its past or look to branch into the future, we remember that there is fire in all of us.

It is this fire, after all, that Pittsburgh is made of.