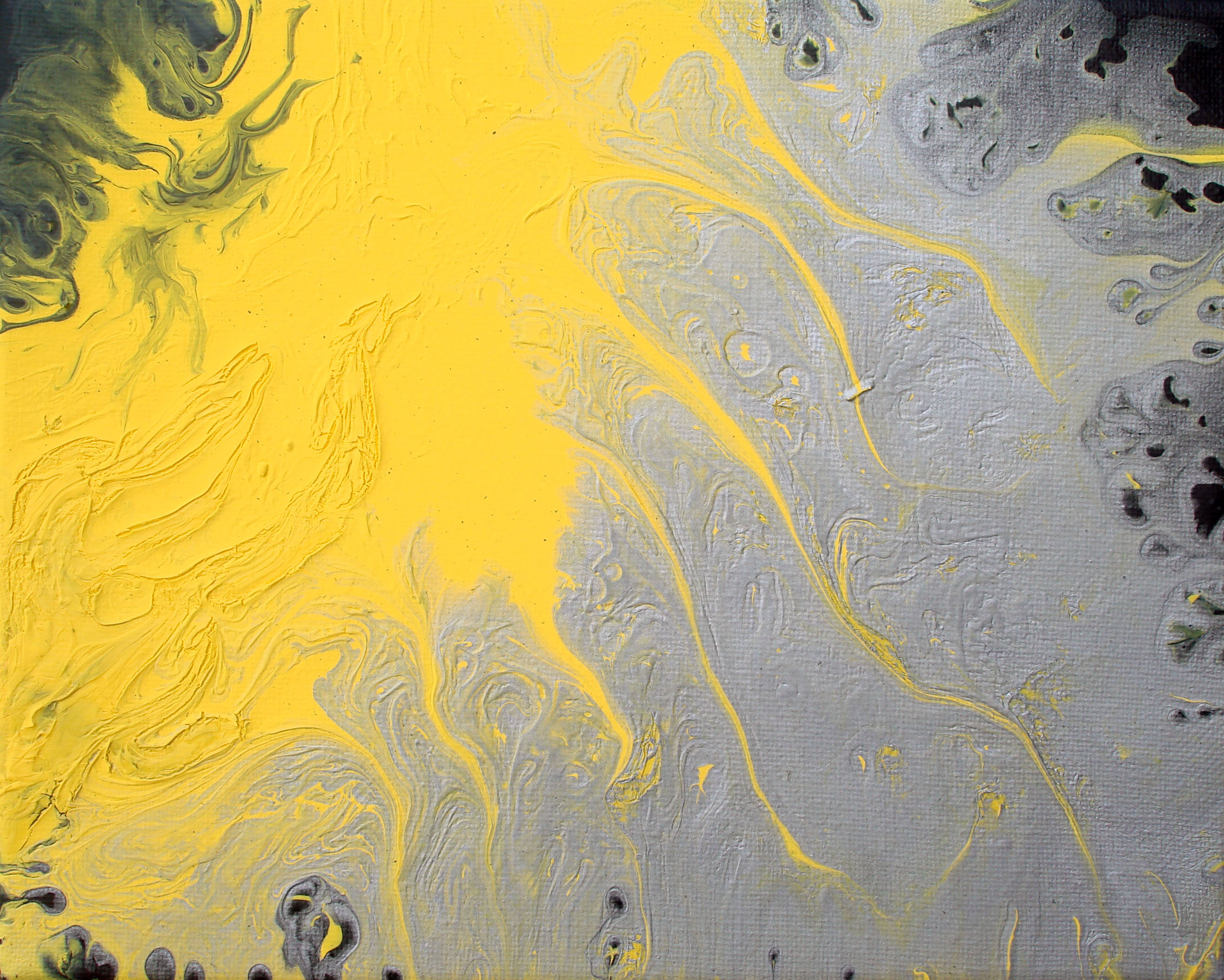 Cory Lee of Nimble Sloth Studio is an abstract expressionist painter with a versatile style and interesting approach to making art. Originally from Minneapolis MN, Cory moved to Pittsburgh in 2010 and now works out of his studio in the Strip District. In 2005 he earned a Bachelor’s of Fine Arts from The Academy College of Digital arts in Bloomington, MN, where he studied computer animation and design. 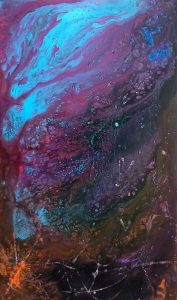 “I was always drawing as a kid, and loved playing video games,” he says. “I went to school for computer animation but took a painting class in college and fell in love with it. I am a huge fan of Jackson Pollock and other modern painters such as Picasso. There is a quote from Pollock that has always kept me painting when I’ve felt discouraged:

“I have no fear of making changes, destroying the image, etc., because the painting has a life of its own.” — Jackson Pollock

“I love that quote. It’s true. There are no mistakes in art. Sometimes what you intended turns into something totally different and it’s beautiful,” says Cory.

The work Cory creates is influenced by the ebb and flow of emotions and the environment. Many of his paintings evoke images of nature: the sky, space, depths of the ocean, fire, and topography. He also incorporates textures and images from everyday objects and scenes, from the grain of a wooden tabletop to the smoldering gray wisps emerging from a guy smoking at the bus stop.


Although he works mainly with acrylics, he often experiments with glue and other liquid materials for his poured paintings. “I like to see what I can use that is economical. I prefer making very large pieces of art and supplies can get expensive. Experimenting helps me to learn new techniques and keeps my work evolving. A few years ago I was really into action painting; finger painting and splashing and dripping paint on canvas or whatever surface I was using,” says Cory. “Now I love doing poured paintings. Once the paint is on the surface, you have to leave it alone and let it do whatever it wants,” he laughs. 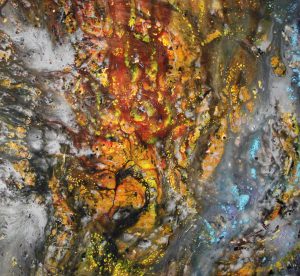 “I do smaller pieces on canvas, but I am a big advocate of reusing everyday items to make art. It adds an element of authenticity that meshes with my personality,” says Cory. He searches the streets of Pittsburgh for materials and paints on items such as tabletops, metal signs, shelves, and various surfaces. “Many of the materials I use for paintings, building frames and other work come from so-called trash discarded on the street. Living in an urban environment inspires me to create new things with found objects that would otherwise end up in landfills.”

Cory’s work is displayed at the South Side Chamber of Commerce, and one of his largest pieces, “Inner Conflict is Beautiful,” is featured at the Carnegie Library of Pittsburgh, also on Carson Street in the South Side.  He has exhibited his work at RAW Artists events and more recently, the Pancakes and Booze Art Show in Lawrenceville. His work will be featured at Vine Rewind , a music and art festival in the Strip District on Sunday, June 26th.