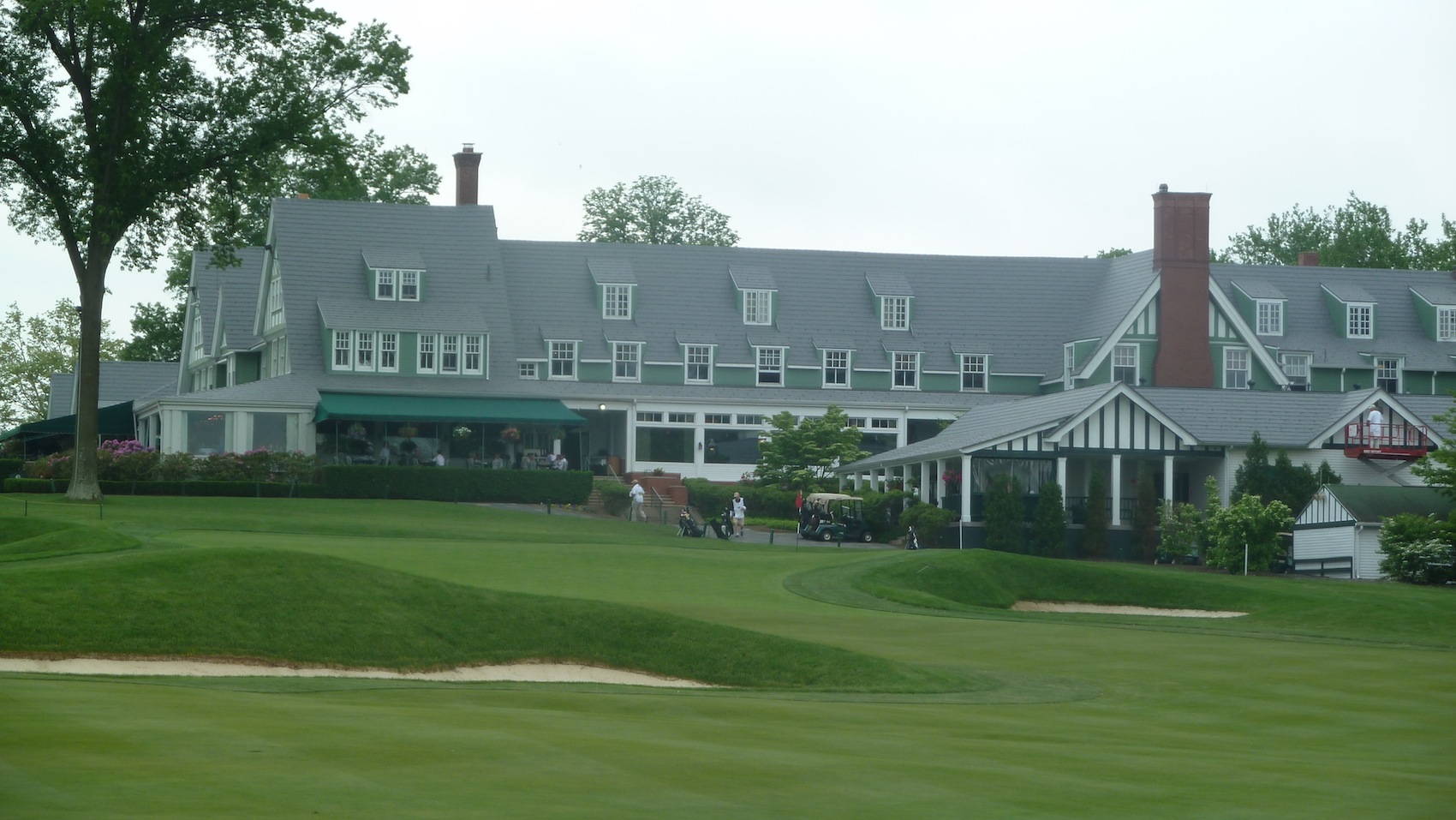 With the coming of Spring and warmer weather approaching, it’s that time to shake the dust off of the clubs and get back into the swing of things on the links. For Pittsburghers and Western Pennsylvanians, there are numerous options (approximately 700 courses, including private clubs) to hone your craft, enjoy nature, and dream of becoming the next Arnold Palmer.

In the early years, it wasn’t so simple. Golf was an exclusive sport in Western PA, typically reserved for the extremely wealthy at private clubs away from working class populations. The introduction of golf to the region is attributed to Joseph Mickle Fox, a Philadelphia native and avid cricketeer. In 1884, Fox was chosen to play amateur matches in England, Ireland, and Scotland where he developed a great interest in golf. Fox returned home to his grandparents’ estate in Clarion County with clubs, balls, and other equipment and began construction on the first golf course in Western PA. Initially, Fox’s immediate family and friends were the only patrons to play on his first attempt in Foxburg, which had been described by modern standards as a “crude, abandoned cow pasture.”[1] Following his initial experimentation, Fox built a fully functional 9-hole course which opened in 1887, and serves as the oldest continuously operational course in the United States. 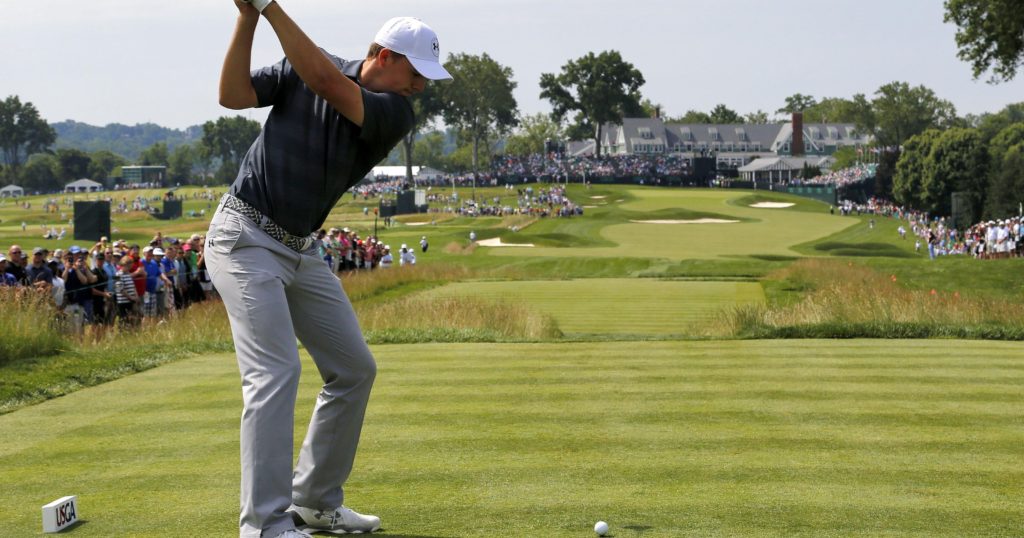 Closer to Pittsburgh, industrial magnates and wealthy estate owners grew to enjoy golf as a leisurely activity. Private clubs were built outside of the city, including what many consider to be modern crown jewels of the sport. Industrialist Henry Fownes (founder of the Carrie Furnace Company) drew influence from links-style golf in Scotland and sought to build a course honoring golf’s roots and Pittsburgh’s topography, but would also capitalize on the evolution of golf equipment of the time. The result was the 6,400-yard Oakmont Country Club in 1908, which drew people from around the world due to its reputation as being a difficult course. The Pittsburgh Field Club course was built in 1914 by Alexander Findlay, who was one of the most respected golf course architects in the country. Following the move from Homewood-Brushton to Aspinwall, Findlay designed 18 holes across 171 acres, including many notable (and controversial) landmarks such as an elevator from the 17th green to the 18th tee box 80 feet above. 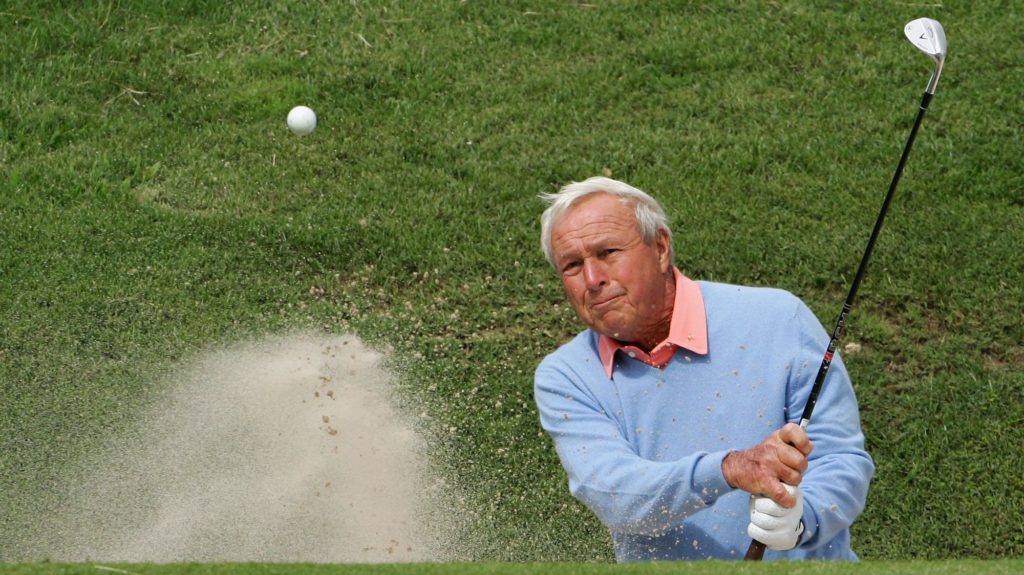 Public play became more accessible with the opening of Schenley Park Golf Course in 1902, the oldest public course in Western PA. Interest grew among working class families who could afford equipment and had time to play, though public courses in the region did not have the opulence (and prestige) private clubs possessed. Golf’s popularity in the region grew synonymously to the legend of Arnold Palmer. The Latrobe native captivated audiences with his powerful swing and aggressive style of play. Palmer was also one of the first golfers to capitalize on the commercialization of golf during his career, featuring prominently with fellow legends Jack Nicklaus and Gary Player to grow the game worldwide. 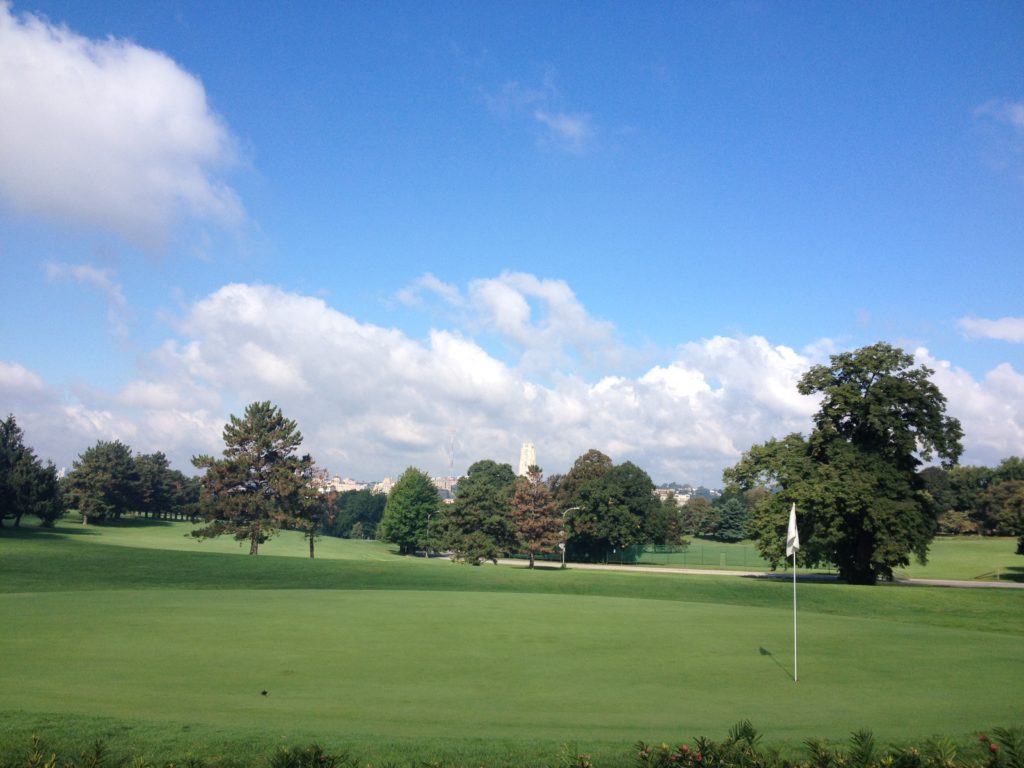 Locally, public participation grew exponentially beginning in the 1960s and has experienced steady growth since. There are numerous options to challenge even the most talented golfer, including approximately 120 daily-fee facilities around the Pittsburgh area. Tradition and innovation dot the landscape across the many public and private courses; many of which take advantage of the region’s topographical layout to create unique holes and hazards. So grab your mashie, brassie, and niblick to embrace all that Pittsburgh’s golf tradition has to offer.