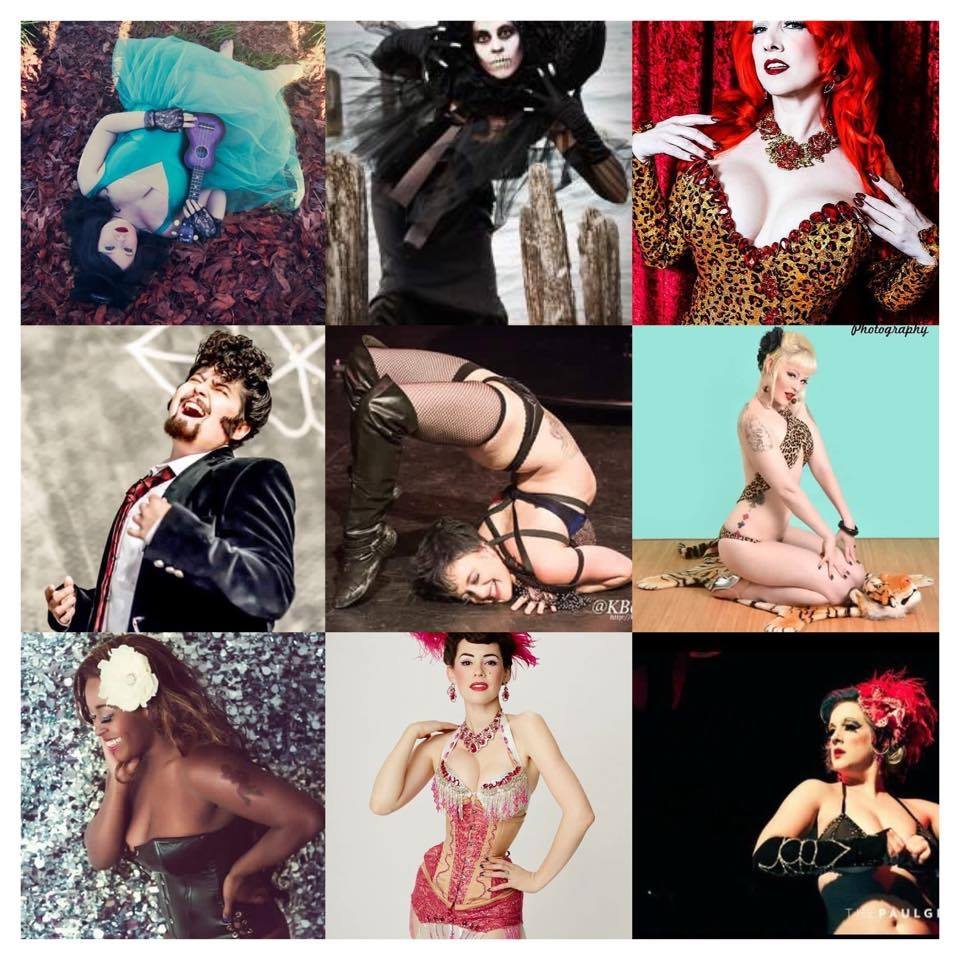 I met Kat De Lac in a whirlwind of sequins, sparkles, and stilettos. As the performers for the Steel Kitty Burlesque and Variety Show prepared their makeup and costumes backstage, Kat, the production manager, spotted me amidst the chaos and grabbed me by the hand. “Hello Pretty,” she said, patting my wrist apologetically, “I’ll be right with you.” I waited on the balcony of the Rex Theater quietly, the performers and their assistants milling around me, carefully climbing up and down the dimly lit stairs at the back of the theater in their six-inch stiletto heels.

Kat, running behind schedule, marched back and forth through the theater in her pre-show attire, followed by Lori, the stage manager, close behind. “I’m never going to get my makeup done!” Kat declared. I watched helplessly as the performers and their assistants hurried to prepare the theater for open house. Not wanting to be in the way, I found a seat in the audience and waited for the show to begin. My boyfriend met up with me, and together we sat in curious 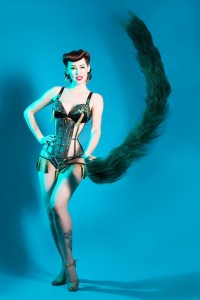 apprehension…we weren’t quite sure what we were in for. An hour later, we were thoroughly enjoying ourselves, laughing and sipping cocktails, applauding each performance and finding ourselves totally immersed in the experience. The theater was filled with a variety of men and women of all ages, mostly couples, like us, who came to see the show “just for the thrill of it.”

Burlesque. What is it? Honestly, after hours of research and browsing articles and video archives about its history, I am still not sure how to define it. Although some would classify it as “exotic dancing,” others would describe it as a return to the Victorian and vaudevillian theater traditions of the 1830s that continued through the 1970s. However, if you were to ask me how I would describe the contemporary notion of Burlesque, I would say it is a celebration of sexuality through dance, music, comedy, and costuming.

I was surprised and impressed by the performances that made up the Steel Kitty Burlesque and Variety Show. The acts varied from musical performances, to comedic drag, to “horror-esque,” then “boy-esque,” to traditional burlesque, and back again. The most impressive performances of the night were by two visiting artists, Red Rum and Hazel Honeysuckle. While Hazel Honeysuckle had all the makings of a true, traditional burlesque artist—subtle, with a delicate figure and flirty, youthful vigor— Red Rum dominated the stage with her terrifying presence. Yes, terrifying. 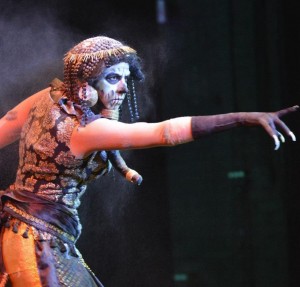 Red Rum combines elements of horror into her costumes and choreography to create her own hybrid genre of burlesque; “horror-esque.” In her second performance, Red Rum emerged onstage laden in a brilliantly elaborate Egyptian Anubis costume. Shedding layer after layer, Red Rum terrified and hypnotized the crowd with her strange fusion of the macabre with the sexual.

There was great diversity among the performers, which was truly relieving to see. There were performers of all shapes, sizes, ages, genders, ethnicities, and sexualities featured within the show. What impressed me the most was that the majority of the performers make their own costumes and props from scratch. The quality and complexity of the costumes shows just how dedicated the performers are to their art.

While many would argue that Burlesque is just another method of objectifying women’s bodies in our culture, that may not be exactly what is going on with this new resurgence of burlesque in popular culture, at least not here in Pittsburgh. The night felt natural, leveled, and fun, not repressive or threatening in any way. There were a few cat-calls from the audience, but most of the audience itself was made up of women, or couples who came to the show together out of curiosity, and even the families of the performers were present. I’m talking grandmothers and grandfathers folks. There was also a huge LGBT turnout within the crowd, which suggested to me that perhaps this new resurgence of burlesque is not so much about objectifying the body so much as celebrating the body and sexuality through performance art.

The men and women I witnessed perform onstage were all talented artists whose fan bases love and respect them, not only for who they are as performers, but for who they are as people. After the show, the performers stuck around, baring all or nothing, signing autographs and conversing with their fans. It was an environment of relaxed mutual respect; there was nothing uncomfortable about it.

So if you’re looking for something fun and new to do in the South Side this spring, check out a Steel Kitty Burlesque show, or look for related burlesque events touring in the area. It’s definitely something fun, flirty, and new to try with your partner if you’re up for a little adventure and excitement. The Steel Killy Burlesque and Variety Show, you never know what manner of curiosities might await you there.