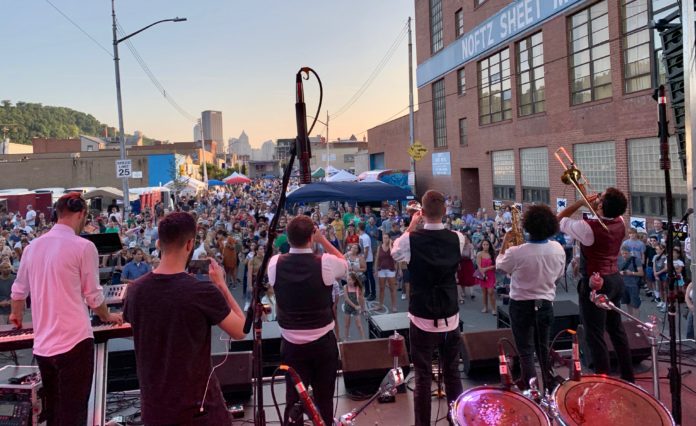 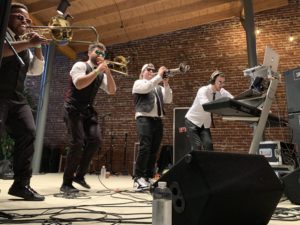 Get ready to bring the funk to The Rex Theater on Saturday, August 31, as self-proclaimed future, brass, thunder, funk band, Beauty Slap will take over the stage for their new album release party.

Gabriel Colby, trombonist for Beauty Slap, describes the band’s sound as if “James Brown time-traveled to now and had access to modern DJ equipment and electronics.”

“It’s dance music in its most modern form – all the vibes of the best horn bands, like Chicago and funk with James Brown or Parliament.”

Beauty Slap is a group consisting of close-knit friends, who all originally were trained as classical musicians. With that connection, there’s no denying the energy levels that are displayed on stage during a performance with brass instruments, lights and electronics. 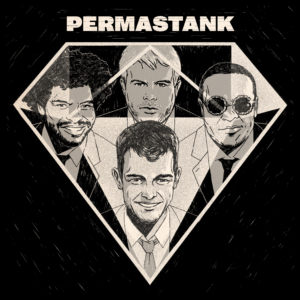 Permastank is Beauty Slap’s first album of all original music. The project has been in production for the past year and a half. The band took a retreat to write music together, so over three days in a beach house, they wrote 90% of the album you’ll hear.

“This is a turning point for the band,” Colby said. “It’s very collaborative.”

Beauty Slap worked on the bill for the show and are happy to have Chalk Dinosaur and BBGuns along for the ride.

“It’s an all-star group,” Colby said. “We’re just really excited for the people to hear music that we’ve written and see what they think.”

Check out Beauty Slap’s music, and purchase your tickets for the event here. 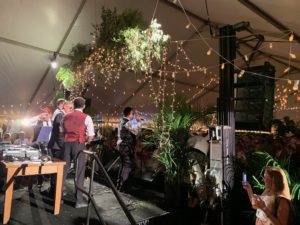 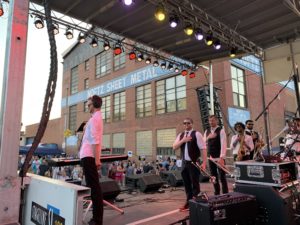