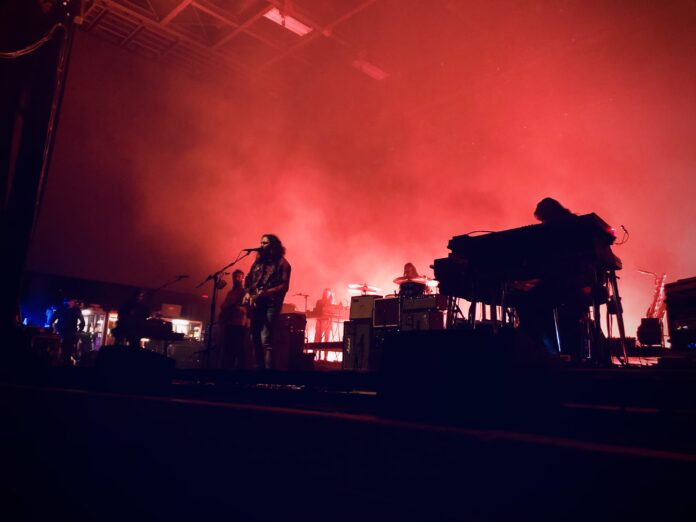 Last Saturday night was marked with trippy colors, smoke machines, and neo-psychedelic anthems that made Stage AE shake till the show was over. The War on Drugs performed on February 5th to a packed house. Even though the place was packed shoulder to shoulder, the crowd still found a way to groove to the shaggy rock icons tunes all night long.

The War on Drugs 2022 tour is making its way around the US and Europe to support their newly released album, I Don’t Live Here Anymore. It was released in late October, and unlike their previous records, the lyrics almost lose their meaning when lead singer Adam  Granduciel repeats words like “Memory” or “Lost.” Almost as if the music overlaps the somewhat cliched lyrics in a mystical screen, soothing you in an odyssey of a never-ending journey.

I Don’t Live Here Anymore marks a new stance on those seemingly endless journeys where he is tired and wants to reach something. Someplace where he needs to stop and find some solidarity standing still for more than a second. Whether he is trying to take a couple of strokes off his golf game or a Bob Dylan concert where he danced, there is some comfort in being in place at one moment in time. 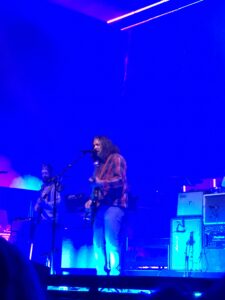 A show in Pittsburgh is not just another notch on the tour belt. They jumped right back on after leaving the Steel City but Lead singer Granduciel made a lovely little ode to Pittsburgh because when The War on Drugs started. Pittsburgh was one of the first places to play them. Not only did the city give them somewhere to start, but even as they climbed the totem to the top, Pittsburgh still welcomed them with open arms.

Stage AE`s performance was nothing short of spectacular. These guys may not be putting out a sound that is totally inventive and entirely new, but even if they play what they know, they play it well, and not one person in the crowd was standing still the whole night. Headbanging or dancing on the crowded floor while those trippy, distorted, almost outer space-like guitar licks would roll in.

These space cowboys put on a tremendous intergalactic rodeo for whoever comes out. The band sounded better live than they had recorded, and maybe that opinion could be disputed, but in a time when maybe the normalcy we are trying to get back to could very well be in danger again. The War on Drugs made a phenomenal performance and helped disappear those worries. Even if it was only for two hours, people got to light up and forget the world and join the space train on its journey through the galaxy.