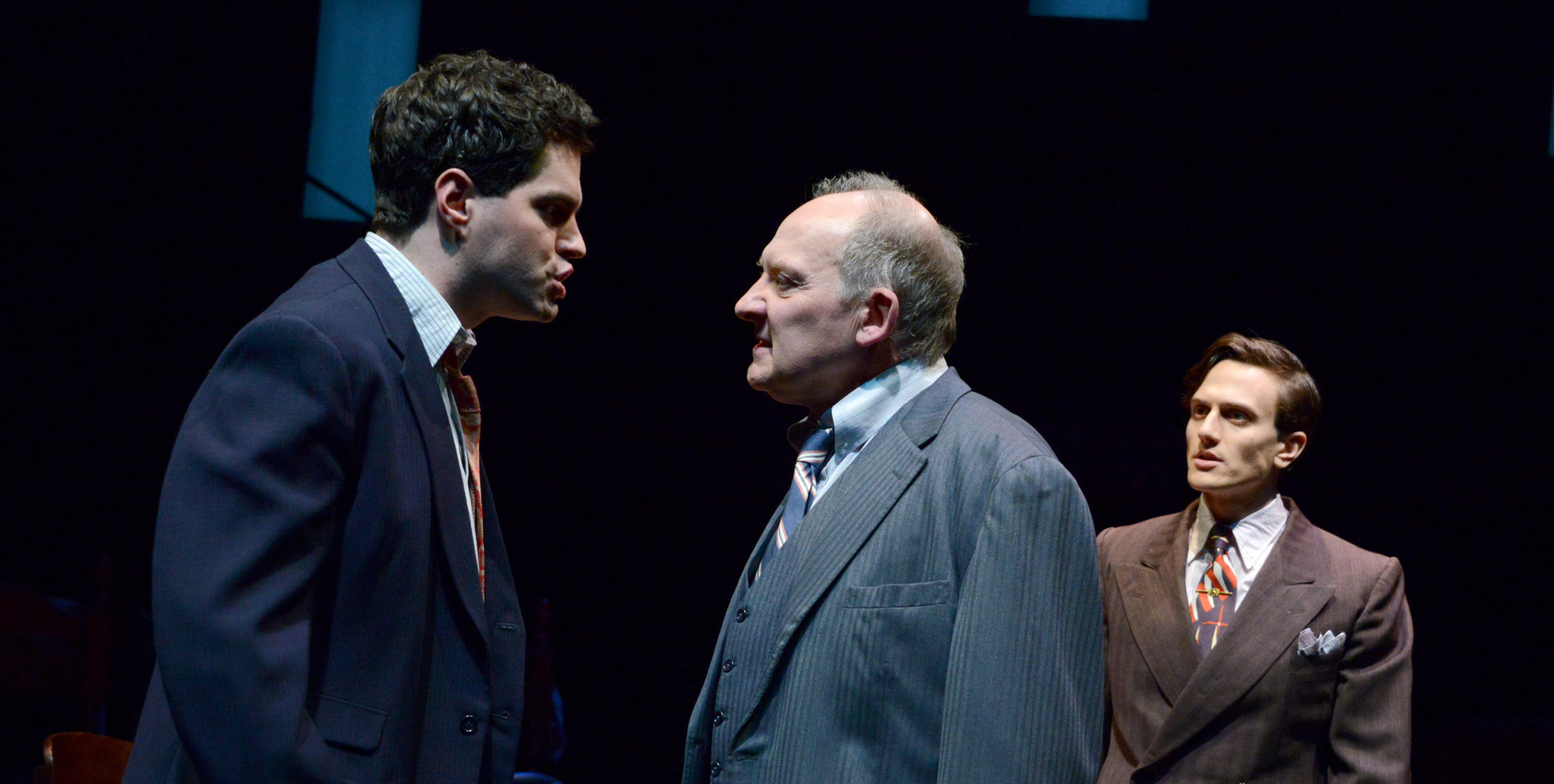 Pittsburgh Public Theater and Director, Mary B. Robinson, took the bull by the horns with their recent production of Arthur Miller’s “Death of a Salesman”, a melancholy narrative chronicling the guarded journey of Willy Loman, a wayward salesman reminiscent of his brighter days as a tour-de-force, now paralyzed by a crumbling mental and financial infrastructure, he struggles to find purpose through his slack-jawed offspring, all the while managing a contrite meaning for his existence.

Loman, played by Zach Grenier, vaults into an incendiary feud with his son, Biff, played by Alex Mickiewicz, as the two go back and forth about failures, hurts, and unspoken atrocities that ultimately unraveled the duo.

Loman floats back and forth between hallucinations and reality, as the confines of the open road take its toll, the descent into anarchy are prevalent and very present to his family and friends. As he twists down a rabbit hole of anguish and disgust, Loman fears his time has come, as his toils have left him unfulfilled and despondent. 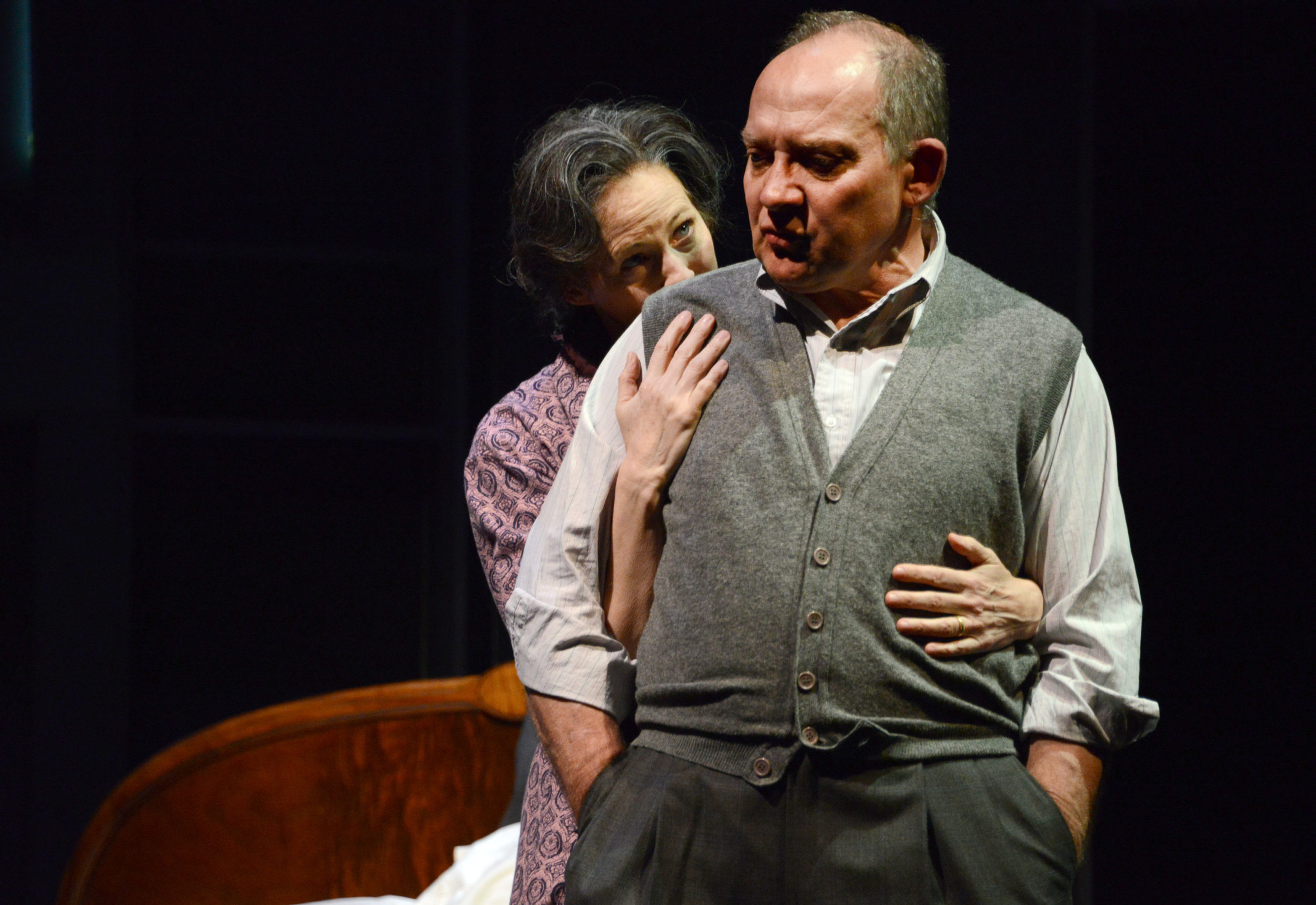 The following revelations and untimely actions will shape the fragments of his broken family, and cement his name in the annuls of infamous vagabonds who have escaped paradise and now rest in squalor.

Zach Grenier as Willy Loman gleamed the obstructed and befuddled nature of Loman’s crumbling world with poise and perfection. Loman’s deafening need to seek relevance through his sons, find purpose through the days of old, and blindly follow misaligned dreams of success, whether through his family or delusions, craftily plays out in a dystopian world of despair, one that I believe we can all relate to on some level. Loman’s father/son dynamic was palpable, silencing the audience with gripping monologues that express the malignant nature of his expectations. Grenier’s character is perfectly confused, angry, and volatile, slipping between an epicenter of sanity and equilibrium, he never quite finds his balance, after the world has discarded his worth.

Kathleen McNenny who played Linda Loman, offered a strong performance in a shallow existence as the life partner, and sounding board for her husband. McNenny’s character fished and fawned for her husband’s affection, and sanity, scolding all who dared to throw knives at the fragility of her fading lover. McNenny showed the quiet strength and resolve Linda Loman possessed within the hierarchy of the marriage. Even if treated as second class, she wields the sword of truth, and an existential understanding that life is fleeting, and family is forever. 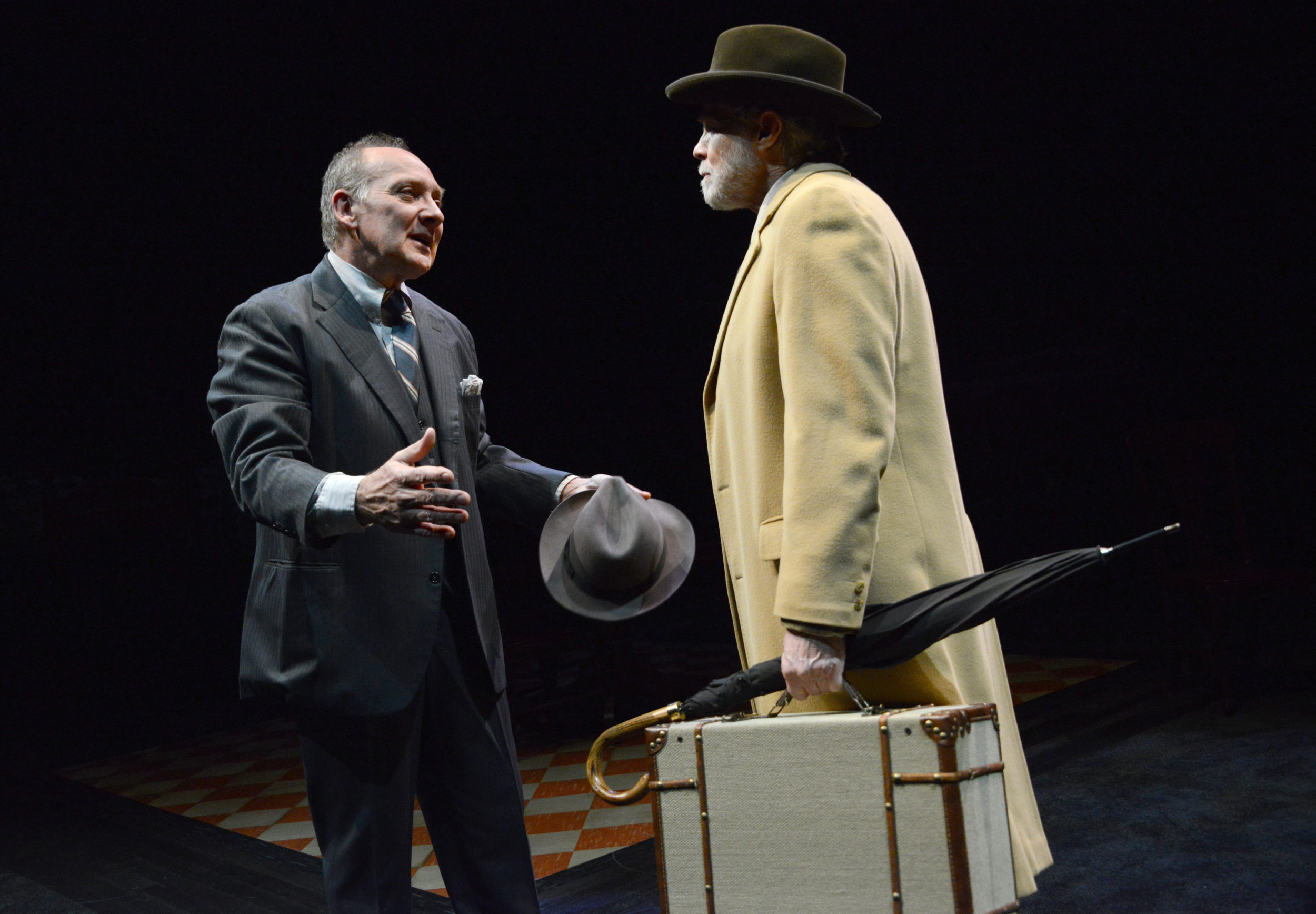 Alex Mickiewicz as Biff, seethed with rage as he embroiled into battle with his ailing father until he had nothing left to give. Biff’s necrotic hate for his father, and himself, spill out in unfounded and unexplained ways. Crushed by defeat, and beaten by the roller-coaster of life, he rockets down a path of mediocrity, failing everyone. Mickiewicz executes a checkmate in the role, flawlessly streaming a powder keg of volcanic rage through his veins.

Maxwell Eddy as Happy gave the audience a much-needed scapegoat. Happy’s “Happy-go-lucky” demeanor translated into zero accomplishments, minus the droves of women he bedded. Full of piss and vinegar, he dances around responsibility, professing a profound desire to settle down, when all he really wants to do is settle down…For tonight. Eddy effortlessly spun Happy’s archetype of deceit and excitement, only to watch his glass palace implode time after time. 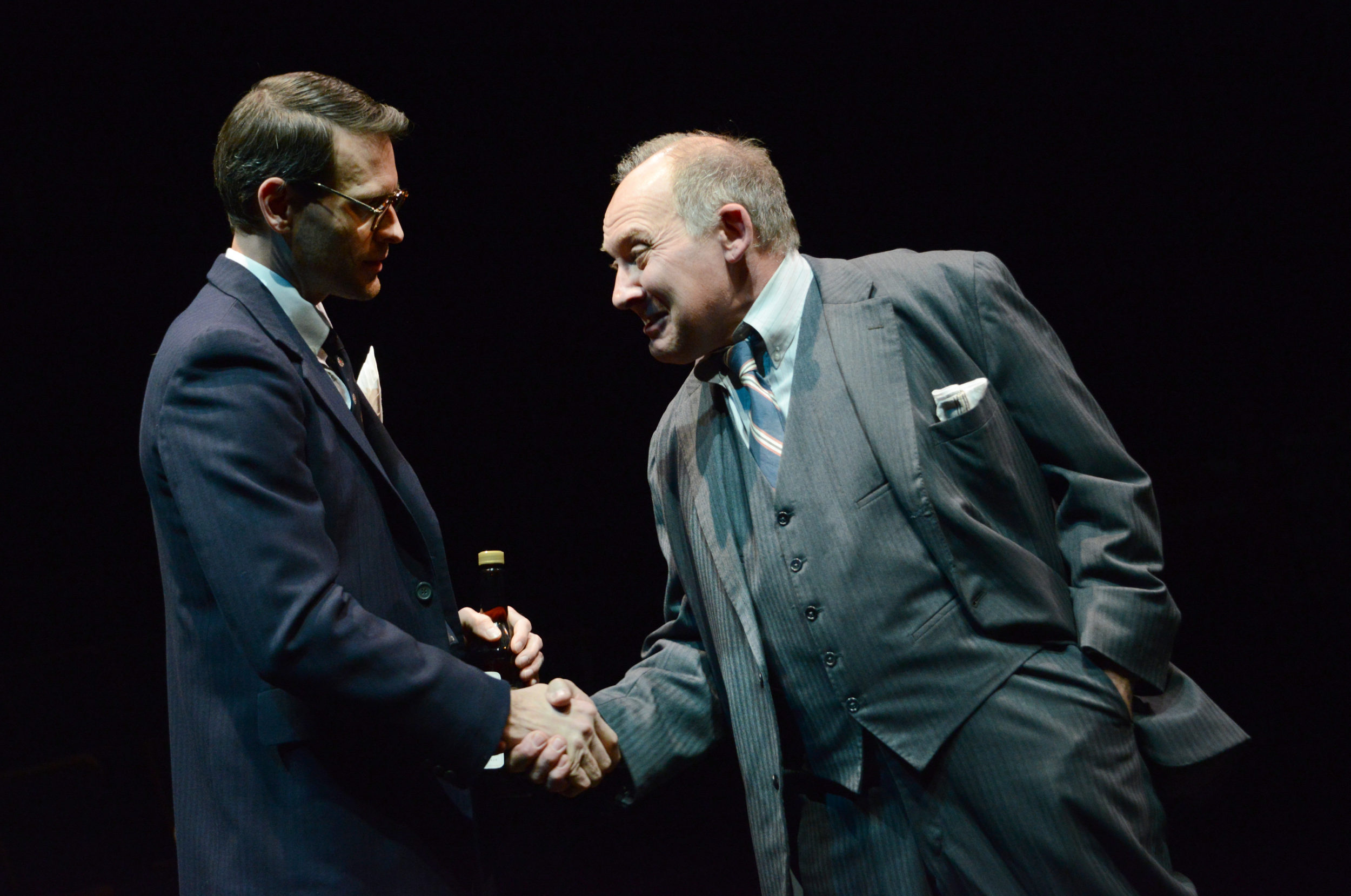 Overall, Death of a Salesman is a powerful voice into the relevance of our life through work and family. The savage relationships depicted are powerfully critical, in need of emergency care, and the entire cast delivered a truly gut wrenching performance. Pack a tent, this is a long one, at roughly 3 hours with an intermission. However, the show quickly picks up as the drama begins to unfold.

Death of a Salesman runs through May 21. Visit ppt.org for more information.