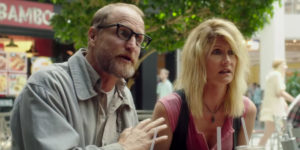 When we last covered the Harris Theater, it was showing I Am Not Your Negro, featuring narration by Samuel L. Jackson. Since then, the former Art House has shifted its lineup some. While the Oscar-nominated documentary will be continued to shown until March 31st, another film will also be screened in the historic Liberty Avenue establishment. Wilson, starring Woody Harrelson, focuses on the titular character, a man with blunt honesty and little-to-no people skills. Upon learning that he has a teenage daughter, he attempts to reconnect with his former wife (Laura Dern) and his child. It is based on a graphic novel by Daniel Clowes and was a huge hit at Sundance. 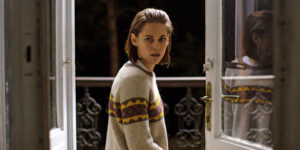 April 6th) of Personal Shopper, a French-German thriller directed by Olivier Assayas. It stars Kristen Stewart (the Twilight series of movies) as an American working in Paris as a personal assistant. In her attempts to communicate with her recently-deceased twin brother, she is thrown into a world of intrigue and drama far beyond her imagination. It currently holds an 80% Freshness rating on review site Rotten Tomatoes.

Both Personal Shopper and Wilson are rated R. Showtimes and locations are available here. Tickets can be bought at the Pittsburgh Cultural Trust box office.