Sam Cooke was named the fourth greatest singer of all time by Rolling Stone Magazine in 2008, had over 30 Top 40 US hits throughout his career and was an advocate for the human rights movement. He paved way for artists such as Aretha Franklin, Al Green, Stevie Wonder and Curtis Mayfield to name a few. There is something to be said about music talent being in the blood, something that is passed down through generations. So, it’s only natural that Carla Cooke, the late Sam Cooke’s daughter, would be blessed with an amazing vocal talent and end up in the music world herself even though she was only four months old when her father passed away.

However, the road to a now blossoming musical career, wasn’t such a straight one for Carla. Born in Manhattan and raised in Detroit, she grew up singing in the church choir. After being asked to perform a solo of Denise Williams’ “God is Truly Amazing,” at a church service, the church deacon called her a “songbird” and decided to start a youth choral that began performing concerts every year. Carla continued to do this up until high school. She had a chance to go to Vegas and start recording several years later, but at the time was already married with three young children (she now has seven), and decided to forgo signing with a label and opportunity to go on tour. Cooke prayed that when the time was right and her kids were grown, God would present the opportunity for her to sing and pursue her dream just as some of her favorite artists like Barbara Streisand and Roberta Fleck did.

At age 50 Cooke’s prayers were answered. She was traveling to Maine with a chairman friend to perform at his family function. After singing she was approached by a family friend who was also a music agent. He invited her to be part of the Daughter of Legends tour. The tour at the time also included the daughters of Diana Ross and Ray Charles. After the tour, she went on to perform on a Norwegian Cruise line. It was her first time on a cruise and further showed her how no matter the age, she would be able to pursue her dreams and could check items off her bucket list. 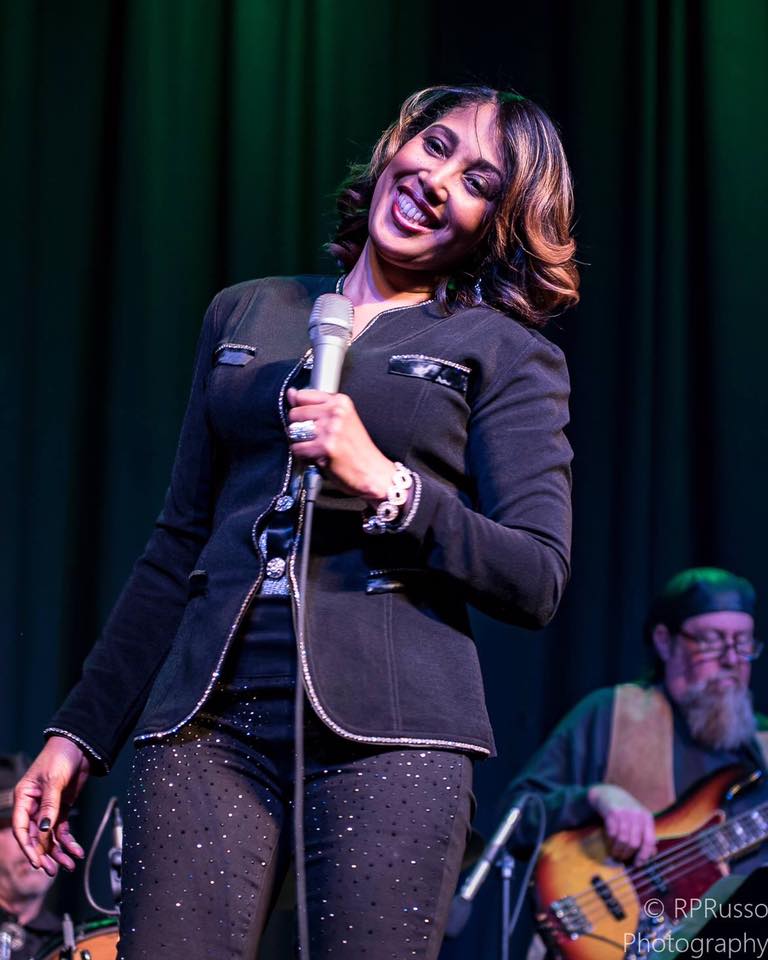 Now, only two years after she started with the Daughter of Legends tour, Cooke has launched her Wonderous Stories tour. The tour centers around stories about her late father, bringing Sam Cooke to life in each musical set, telling how he came to write each song while also telling different stories about his life while touring. But, how did she get all this information about a father she never knew? Sam’s brother, L.C. Cooke provided much of the background she needed, while other people in the business he had known or worked with filled in the gaps.

When asked what her favorite song to play on the tour was of her father’s, she said “Twisting the Night Away” or “Chain is Gonna Come” because she can get the audience involved. She explains that her audience is usually a mix of fans of her father’s and now fans of hers. With her carrying, strong and beautiful vocals, that is no surprise. Carla explains, “Some people attend not even knowing that Sam Cooke had a daughter, but come because my father’s music is still relevant today.”

As for who helps her take her show on the road, she met her band doing a program at the African-American History Museum. Another chance meeting, just as she had with the agent who discovered her in Maine. She attributes these chance meetings to the presence of God and religion in her life. “If God hadn’t been in my corner, none of this would have happened. None if this is chance,” she says. Just as she is the daughter of a music legend, her shows are also a family affair. Her husband and kids come with to her shows, one of her daughters is there singing while one of her sons mans the merchandise table.

Carla is touring now, her next stop will be The Oaks Theater (310 Allegheny River Boulevard, Oakmont, PA) on March 31st and then she’ll be touring around California. However, she says her favorite place to perform is the Bethesda Blues and Jazz Club in Maryland, where she performed on her father’s birthday. In addition to touring right now, she is working on a new album composed of many songs writing about herself and like many of her father’s songs, they’re about love and togetherness. Just recently she celebrated her 30th anniversary with her husband and that type of harmony in her love life and with the people around her, is her inspiration.

To learn more about Carla Cooke, her tour and to listen to her music visit www.carlacooke.com.